“grown-ish” gets a well-earned season two 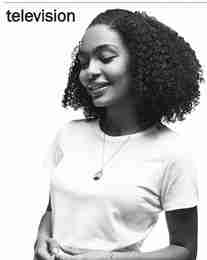 The hit ‘black-ish’ spin-off, ‘grown-ish,’ has been granted a second season

(Black PR Wire) At the inaugural Freeform Summit, during kickoff panel conversation featuring Kenya Barris and Yara Shahidi, among others, “grown-ish” executive producer alongside executive vice president, programming & development, Karey Burke, surprised series lead, Shahidi, with the news that the network has ordered a second season of the critically-acclaimed breakout comedy. The premiere, which boasted Freeform’s highest debut for a comedy in nearly six years, also earned critical praise from Deadline, which called the series “straight up good, no –ish required,” and BuzzFeed declared, “glows from the inside out.”

Next post Wine, meat and garlic combine for a stick-to-your ribs stew

Previous post Oprah: 'I don't have the DNA' for a presidential bid