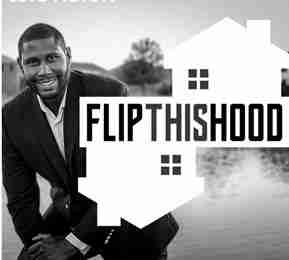 DALLAS – WGN America will air a home restoration show like no other. Starting Sunday, Nov. 19, audiences will welcome into their homes “Flip This Hood” – a show directed by Arthur Muhammad, an award-winning screenwriter, filmmaker and producer of the 2015 release, “Carter High” (which stars Charles Dutton, Vivica Fox, Pooch Hall and David Banner).

Muhammad has a keen eye, cinematic hands and a patent gift for storytelling. He has taken footage he’s gathered from following real estate businessman Michael Phillips and his team in order to give audiences a true journey of will and determination.

“Flip This Hood” will introduce viewers to Phillips, who has a true story of coming from nothing. As the oldest of four kids raised by a single mother in a tough Fort Worth, Texas neighborhood, Phillips bought his first house at the age of 19 for $7,000 (money he had saved from hustling in the streets).

It would be several years later, after he was married with a child on the way, before he pursued real estate again. Phillips knew at that point “Failure Was Not An Option,” so he disassociated himself from the street life and began his dream of real estate investing full time.

He went on to sell over 800 houses in 17 years. Tragedy hit the Phillips’ household when he lost his wife to heart failure in 2015.

Now, Phillips juggles the tasks of being a single father while continuing to flip houses and build his family’s real estate empire.

On the series, viewers will also meet Carl Sullivan, a project manager who oversees the remodeling and construction projects that Phillips buys.

Sullivan is also a real estate investor, who flips his own properties from time to time. The cast is rounded out by trusted assistant Alejandra Ortega-Ramos, who has worked for Phillips almost three years, remodeling his houses, and her father Carlos Ortega, who has worked with Phillips on and off for 17 years. Alejandra will often be on the construction site helping her father and serving as a translator, all while maintaining her marriage to her college sweetheart.

Watch and learn as this group “Flips This Hood!” Check your local listings for show times across the nation.

Next post America must cease fire or it will self-destruct