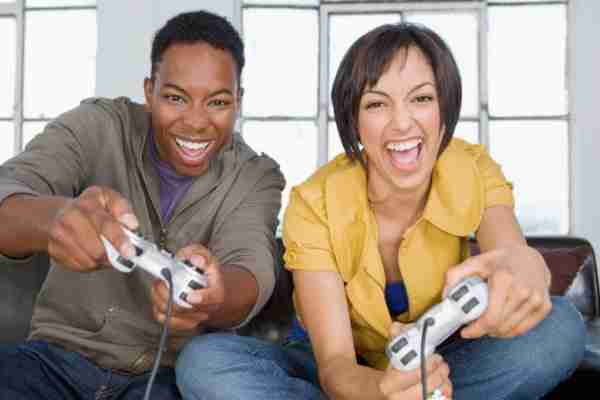 NEW YORK — Video games have been a spectator sport since teenagers crowded around arcade machines to watch friends play “Pac-Man.” And for decades, kids have gathered in living rooms to marvel at how others master games like “Street Fighter II” and “Super Mario Bros.”

But today there’s Twitch, the online network that attracts millions of visitors, most of whom watch live and recorded footage of other people playing video games — in much the same way that football fans tune in to ESPN.

Twitch’s 55 million monthly users viewed over 15 billion minutes of content on the service in July, making Twitch.tv one of the world’s biggest sources of Internet traffic. According to network services company Sandvine, Twitch generates more traffic in the U.S. than HBO Go, the streaming service that’s home to popular shows such as Game of Thrones and Girls.

Fans watch for the same reasons ancient Romans flocked to the Colosseum: to witness extraordinary displays of agility and skill.

Jacob Malinowski, a 16-year-old Twitch fan who lives outside of Milwaukee, admits that some may question the entertainment value of Twitch’s content.

Amazon’s commitment to purchase Twitch for nearly $1 billion this week is an acknowledgement that the service’s loyal fan base and revenue streams from ads and channel subscriptions present enormous opportunity.

Most Twitch viewers are gamers themselves who not only see the live and recorded video sessions as a way to sharpen their abilities, but also as a way to interact with star players in chatrooms or simply be entertained.

Sorah Devlin, a 31-year-old mother of two from Geneva, New York, says she watches Twitch with her 7-year-old son and 4 year-old daughter and enjoys it more than children’s television programming. Their game of choice is “Minecraft,” which lets players build — or break — things out of cubes and explore a blocky 3-D world around them. Devlin and her kids watch popular “Minecraft” players who go by names such as iBallisticSquid and SuperChache show their skills. The players, she says, have a sense of humor and are good at keeping the content “at most PG” so she is comfortable watching them with the kids.

“He likes being able to ask questions and it made him open up more,” she says of her son. As for Amazon’s purchase, Devlin says she was “kind of surprised, but I think they are starting to realize that gamers are much more of an enterprise than they thought.”

Indeed, Twitch fans are the stuff of advertisers’ dreams. They are mostly male and between the ages of 18 and 49, an important demographic for advertisers. Twitch’s so-called user engagement is high. Nearly half of visitors spend 20 or more hours a week watching Twitch video, according to the company.

“You’ve got a hyper-growth platform with a niche audience,” says Nathaniel Perez, global head of social media at advertising firm SapientNitro. “It’s basically the best you can get, from an advertisers’ perspective.”

As a result, Twitch commands premium prices from advertisers. The company’s cost per thousand views, or the amount an advertiser pays to run one video ad 1,000 times, is $16.84 in the United States, according to video ad-buying software company TubeMogul. That’s well above the average $9.11 per thousand advertisers typically pay for video ads placed on other sites.

“Their users are relevant to so many advertisers,” says Alex Debelov, CEO and co-founder of Virool, a video advertising platform company.

Twitch can be lucrative for talented gamers too. The site allows some gamers who set up channels — which the company calls “broadcasters” — to charge $5 monthly subscription fees to viewers. Plus Twitch gives a portion of all ad revenue to broadcasters.

Twitch didn’t start out as a video game-focused company. The company, based in San Francisco, spun out of Justin.tv, a quirky service that revolved around a video feed tracking the daily activities of co-founder Justin Kan. The focus shifted to live video for gamers in 2011.

Brett Butz, 26, who works as a compliance officer outside of Boston, says he’s spent $20 to $25 to watch content on Twitch, which is “more than I ever paid for YouTube,” a platform that also broadcasts games. While YouTube is popular with gamers, Butz says he prefers Twitch.

Amazon is promising to let its newest acquisition operate independently. But for some gamers, the deal brands Twitch with a corporate stamp.

“I’m curious to see if, in a year, it’ll still have cache,” says Patrick Markey, psychology professor at Villanova University who focuses on video games. “It’s definitely considered a gamer platform but now that Amazon is buying it, is it becoming mainstream … is it going to lose its coolness?”

Previous post Meta and mad, ‘The Congress’ is a trip