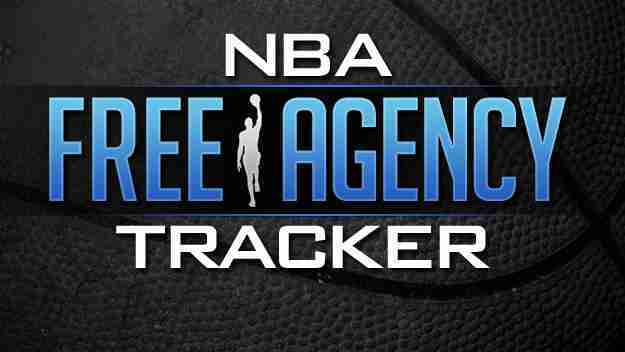 That’s two All-NBA first team members from last season still on the market, in case anybody thinks all the best players are gone.

Of course, nobody really believes either is leaving his current club, so teams will have to look at lesser names as they continue filling out their rosters in free agency.

LaMarcus Aldridge came off the board Saturday when he committed to San Antonio, highlighting the holiday weekend fireworks. DeAndre Jordan had already decided on Dallas, placing two of this year’s biggest prizes deep in the heart of Texas.

The dizzying days after the market opened last Wednesday morning were so busy that it feels there can’t be many good options left, even though contracts can’t even be signed until Thursday.

Action has moved more quickly this year, starting with Anthony Davis’ extension in New Orleans that was agreed to just minutes after the market opened. But the dealing isn’t done, and how teams fare in the coming days could pay off in June.

For as well as Cleveland did last summer when it signed James and later traded for Kevin Love, the Cavaliers still had holes in their roster that left them too short-handed in the NBA Finals after injuries set in. So they, like every team, are hoping to load up on low-priced depth.

Here are some other things to watch:

GO WEST: David West is still looking for a team after bypassing the $12.6 million he would have earned next season in Indiana, and his low-post scoring and locker-room leadership should be appealing to contenders.

RESTRICTED REWARDS: Former top-five picks Tristan Thompson (Cleveland) and Enes Kanter (Oklahoma City) are still available and played well over the latter half of last season. But as restricted free agents their clubs could match any offer, and probably would.

THE (J) SMITHS: After arriving during the season, Josh Smith (Houston) and J.R. Smith (Cleveland) played big roles on teams that made deep playoff runs. But there’s just enough bad to go with the good stuff they do that it probably shouldn’t be surprising that neither is signed yet.

DELLY, LINSANITY, AND OTHER WAYS TO GET THE POINT: Teams looking for help at point guard can consider fan favorites Jeremy Lin and Matthew Dellavedova _ though the Cavs can match an offer for him _ along with veterans such as Mo Williams and Aaron Brooks.

OL’ RELIABLES? Amare Stoudemire and Carlos Boozer can still put up good numbers even late in their careers, making them potential affordable options for teams looking for scoring forwards. Other veterans who might have something left include Drew Gooden, Tayshaun Prince and Andre Miller.

ARGENTINA, ARGENTINA: The Spurs are still awaiting word on whether Manu Ginobili will return for one more season. His Argentina national team teammate, Luis Scola, also is unsigned and could follow West out of Indiana.

HEY, THEY WERE GREAT IN COLLEGE: Jimmer Fredette and Tyler Hansbrough, who haven’t found the success in the NBA that made them players of the year in college, are both hoping for another shot somewhere.

Previous post A win, then a hug: Serena Williams tops Venus at Wimbledon