Brady and Patriots head into the playoffs 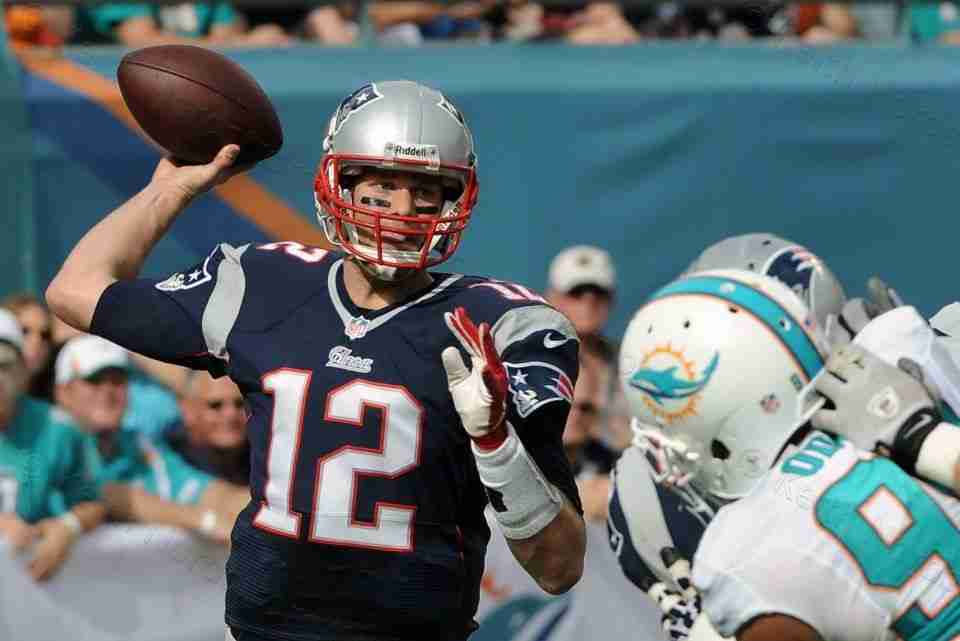 MIAMI GARDENS – When an achy Tom Brady had finished fending off questions about the New England Patriots’ desultory regular-season finale, he stepped gingerly off the interview podium, looking a little wobbly as he heads for the playoffs.

The Patriots need to regain their footing, and fast. Brady took a pounding Sunday and the Patriots lost to Miami 20-10 to fall to 12-4, with all of their losses coming in the past six games.

“We have to play well going forward if we want to make anything of our season,” Brady said. “Nothing over the last six weeks is going to matter.”

Here are things to know as the Patriots start the playoffs and the Dolphins start their off season:

PLAYOFF PICTURE: For the second week in a row, the Patriots missed a chance to earn the top playoff seed by winning. They were edged out by Denver, which means New England is not assured of home-field advantage throughout the playoffs.

“Wherever we play, we play,” coach Bill Belichick said.

The Pats will play their first playoff game at home against Cincinnati, Houston or Kansas City on Jan. 16.

With the Pats anxious to protect Brady’s health, he threw a season-low 21 passes, and even so he was lucky to make it through the game in one piece. He was sacked twice and endured at least half a dozen knockdowns, including three on one series.

The Patriots rested several injured starters. Brady’s afternoon ended when he was buried on a third-down sack with five minutes left, and he watched the Patriots’ final offensive series from the sideline.

Brady finished 12 for 21 for a season-low 134 yards, and was held without a touchdown pass for the first time this season. He tweaked his right ankle in the second quarter when Ndamukong Suh rolled into his legs on a third-down incompletion, but was back for the next series.

In the second half he came out throwing, and running back James White turned a short pass into a 68-yard gain to set up New England’s touchdown.

Brady spent most of the first half handing off, with the Patriots running the ball on 16 of their first 18 plays. He threw only five passes in the first half, the lowest halftime total in any game he has started, according to STATS.

“I thought they would come out and throw it, try to open the game up early, and then run more in the second half,” Miami interim coach Dan Campbell said. “They flipped it. They wanted to try to establish the run and protect Tom.”

The Dolphins (6-10) missed the playoffs for the seventh consecutive year, which is why another coaching change looms. Campbell, who went 5-7, will be among those interviewed but is not expected to return.