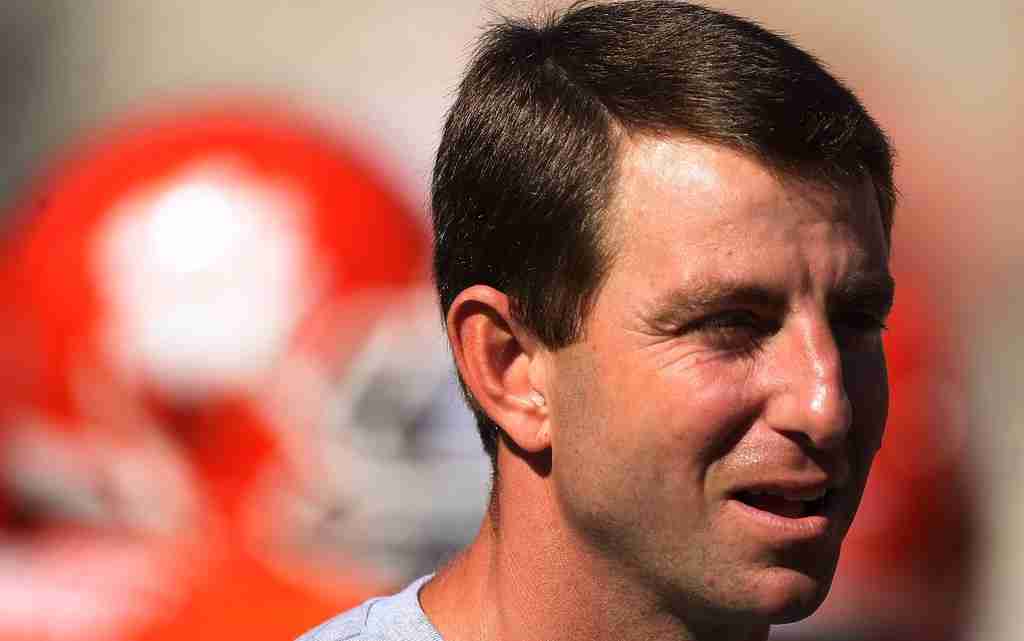 COLUMBIA, S.C. (AP) _ It has not been the most trouble-free offseason for Clemson and coach Dabo Swinney.

The Tigers have lost perhaps their best offensive lineman when Isaiah Battle declared to enter the NFL supplemental draft, while rising defensive end Ebenezer Ogundeko was dismissed from the team in May after he was arrested and charged with financial transactional fraud.

Also last month, Clemson kicker Ammon Lakip was suspended indefinitely from the team after he was arrested and charged with possession of cocaine and driving under the influence. Clemson coach Dabo Swinney said Lakip’s status would be reevaluated during the summer.

The losses all come in areas of concern for Clemson entering the season _ and have coaches shuffling to fill the voids on offense, defense and special teams.

The absence of Lakip long term might be the most troubling for the Tigers. Lakip, a senior this season, is the only player on the roster to have kicked in a game. He was third in Atlantic Coast Conference with 21 field goals and hit 43 of 44 extra point attempts last season.

Lakip was arrested in the early morning hours of June 6 and spent a night in jail before being released on a personal recognizance bond of $997. He is scheduled to appear in court July 22.

Once Swinney learned of the arrest, Lakip was “suspended from all team activities and sent home immediately.”

Should the suspension last into the season _ Swinney suspended All-American receiver Sammy Watkins for two games when he was arrested on a drug charge in 2012 _ will likely mean untested redshirt freshman kicker Alex Spence would handle place-kicking duties.

Lakip was also slotted as backup punter with Clemson breaking in junior Andy Teasdell to take on those starting duties.

Clemson is likely to call on another newcomer in freshman Mitch Hyatt to fill in for Battle, a senior who came out of spring workouts as the starter at left tackle. But Battle said personal issues led him to give up his final year of college for the NFL.

“I have some family matters to address, with a child due this summer, and I feel it is in my best interest” to leave school, Battle said.

The 6-foot-7, 290-pound Battle was slotted to protect the blind side for quarterback Deshaun Watson, who played in just eight games last season due to injuries to his hand and knee. Watson had knee ligament surgery this past December and missed Clemson’s 40-6 victory over Oklahoma in the Russell Athletic Bowl.

Watson’s protection will fall to Hyatt, a 6-6, 270-pound five-star freshman prospect who enrolled in January and won a backup spot on the line coming out of spring workouts. Should Hyatt keep the spot through summer drills, he would be the first true freshman since Barry Richardson in 2004 to start the course of a season.

“We liked what we saw from Mitch in the spring, and look forward to seeing his progress in August,” Swinney said.

The loss of Ogundeko, who was kicked off the team in May, is a blow to the Tigers rebuilding defense. The group ranked No. 1 nationally with just 260 yards allowed a game, yet had lost six of seven starters on the defensive line entering this fall. Ogundeko was expected to compete with Kevin Dodd for a starting spot at defensive end after spending the past two seasons as a reserve.

Young linemen Martin Aiken and Chris Register moved up the depth chart as backups to Dodd.