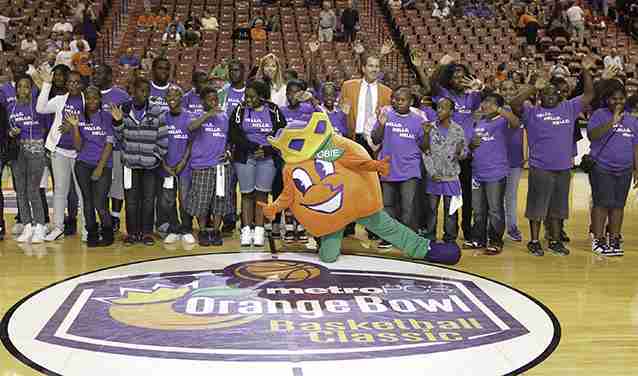 AND THE WINNER IS: “Pierce,” the African Crested Porcupine predicted the winner of the December 29 College Football Playoff Semifinal at the Capital One Orange Bowl, which features the #4 Oklahoma Sooners and the #1 Alabama Crimson Tide, by picking between the teams’ helmets during an onstage demonstration at Zoo Miami. Orange Bowl President & Chair Sean Pittman discussed the exciting matchup and what to expect at this year’s College Football Playoff Semifinal at Hard Rock Stadium. Ron Magill, Goodwill Ambassador and Communications Director of Zoo Miami, also was on hand as was OBIE, the Orange Bowl’s official mascot.