Carla Hill: A story of courage and perseverance 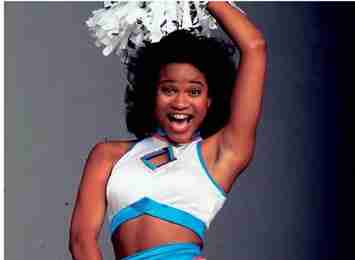 Carla Hill has had to shift her perspective. Once known for her long, thick hair, which was indeed her crown and glory, she once even defined herself by it. But when cancer struck and she lost it all, she was forced to find a new identity. But today, the two-time cancer survivor, who has also undergone a kidney transplant, doesn’t let her outward appearance define her.

Although she is stylish, fashionable, and sports many unique hair styles – the former Miami Dolphins cheerleader knows she is so much more than her hair – or lack thereof!

Having faced challenges not envied by anyone, you can add to her beauty, brilliance and intelligence – the words reflective, thoughtful, hopeful and optimistic.

It’s been a whirlwind of a life for Hill, who is married to well-known attorney and community activist, Marlon Hill. Carla says the two balance each other out, for she is the artsy/performer type while he is – well, a lawyer. But over the years, Hill says she has transformed herself, having endured the transplant followed by cancer twice.

Back in 2000 when she had the kidney transplant, she assumed that incident was her major life challenge. But then cancer struck five years later – and then it struck again two years after that. She couldn’t fathom how fate could be so unkind. But it was indeed her fate.

Today, however, 10 years later, she says she is a better person for having endured the unimaginable. “So many people say I’m an inspiration. I’m very grateful. It’s pretty incredible to have gone through this and survived. My goal is to feel as normal as possible.

Today I’m platinum blonde and no breasts! I live my life as a ‘brst-lss’ (deliberately leaving out the vowels) beauty, ” she says proudly, clearly having come full circle from the days when she started her journey. “Today, my health is good and I try to silence the ‘what-if’s.'”

In February, she reconnected with her Miami Dolphins roots and participated in the Dolphins Cancer Challenge, an event which is the NFL’s single largest fundraiser. The seventh edition of this annual community endeavor boasted more than 4,000 cancer fighters who biked, ran, walked and volunteered throughout all of South Florida with a goal to tackle cancer.

The event culminated with a Concert Celebration at the stadium on the Hard Rock Stage by multi-platinum musicians the Counting Crows. “We’re proud to have our largest turnout of participants in our sevenyear history. The more fundraisers we have, the larger the donation to Sylvester Comprehensive Cancer Center for vital cancer research,” Miami Dolphins Senior Vice President & Executive Director of the Dolphins Cancer Challenge Jennifer Jehn said.

“(The event) was a reflection of the Dolphins’ commitment to being a community steward. It is a pillar of our organization and with the community’s support – we’re making a difference.”

Participants in 2017 had the option of five bike routes, a 5k run/walk and attending the Concert Celebration. The DCC continues to solidify its position as the largest event fundraiser in the NFL.

“It was inspiring to see so many people gather together to raise money for cancer research at Sylvester. Friends and families were cycling, running, walking or volunteering so we can make a difference in the lives of cancer patients. Our partnership with the Miami Dolphins enables us to do great things for the community now and in the future.” The Dolphins Cancer Challenge will donate 100 percent of the participant-raised funds to innovative cancer research at Sylvester. Funds are still being collected through March 31.

“I’m honored they (Dolphins) reached out to me and I am flattered,” said Hill, who was treated for her bouts with cancer at the Sylvester Comprehensive Cancer Center. “To be able to support a cause that’s near and dear to me and my husband means a lot to us.”

Hill also said her surgeon at Sylvester gave her the outlook she needed to get through the ordeal twice. “I had a great surgeon at the Sylvester Cancer Center. My attitude changed when I saw that my doctors were hopeful. Attitude is everything!” she said, noting that she is delighted her schedule finally allowed her to participate in the Dolphins Cancer Challenge.

With great humility, Hill said she is still getting used to the idea of others thinking of her as a major inspiration in the fight against cancer, but notes that if it helps others get through it, she’ll gladly accept that role!