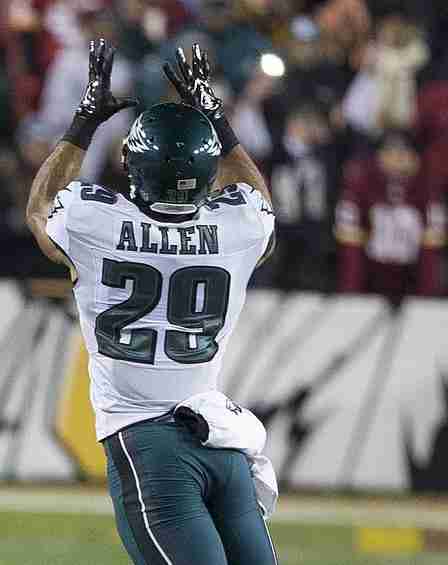 The Dolphins can use more of that after allowing a franchise-record 6,122 yards last season. That’s why they made several moves Friday to shore up their defense, including the acquisition of Timmons, who signed a $12 million, two-year contract.

Miami tried to plug a hole on offense, too, by signing guard Ted Larsen to a three-year deal. Larsen has made 65 starts, including eight last season with the Chicago Bears, and he’s expected to contend for a starting job.

The newcomers said they’re excited about the direction of the Dolphins, who made the playoffs last season for the first time since 2008.

“This team is on the incline, and it’s only going to get better,” Hayes said.

“You can tell the way this team was rocking the last four or five games of the year, they were a problem,” Timmons added. “I can add something to that.”

Timmons, who agreed to the deal after visiting South Florida on Friday, spent the past 10 seasons with the Steelers and now must adjust to a change in scenery.

“It’s very different, because you’ve been somewhere for so long,” he said. “I love Steeler Nation always. It’s just a new thing being here with the Dolphins. Sometimes change is not so bad.”

Timmons has started every game since 2011. He had 78 tackles and 21/2 sacks last season, and is expected to play middle linebacker.

Allen has 76 starts, including four last season with the Raiders. He’ll compete for a starting job after Miami waived safety Isa Abdul-Quddus, who failed his physical following a neck injury that ended his 2016 season and threatens his career.

The Hayes trade also involved draft picks, with Miami getting a seventh-round choice and the Rams getting a sixth-round selection.

Hayes spent the past five seasons as a key rotation member of the Rams’ powerful defensive line. He started 14 games last season, getting 43 tackles and five sacks.

Miami re-signed long snapper John Denney, who has played in a team-record 192 consecutive regular-season games. The Dolphins also announced their re-signing of defensive end Andre Branch, who agreed to terms earlier this week on a $27 million, three-year deal.

“I talked to my financial guy,” Branch said. “I was like, `So what can I do different now?’ He was like, `Um, you really don’t spend money on anything but fashion and food.’ So this contract was for my mother. I’m able to take care of her and give her what she wants. She’ll tell you she doesn’t want anything, but I guess I can spoil her now.”