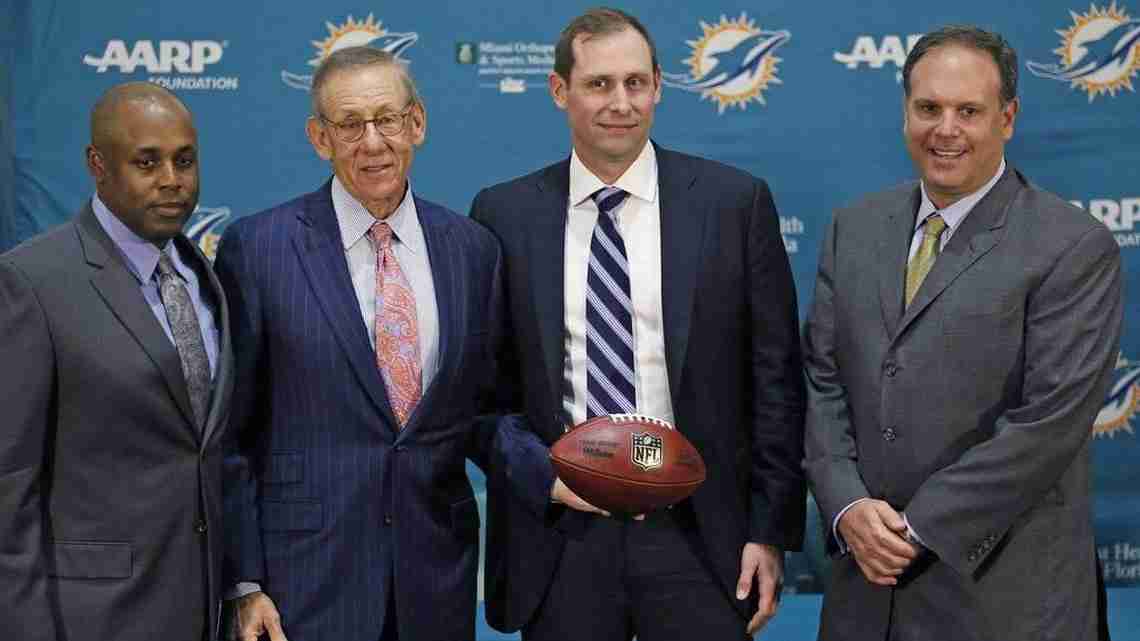 Gase was the NFL’s hottest coaching candidate among assistants, and at 37, he becomes the league’s young coach. He also interviewed with the Eagles, Browns and Giants and had been considered the front-runner for the Dolphins job.

The Dolphins chose him after interviewing six other candidates.

“We did exhaustive research on all of the candidates ahead of time, and conducted thorough and detailed interviews with each person,” owner Stephen Ross said in a statement. “In the end I was convinced, and the search committee was unanimous, Adam was the right leader for our football team who best met all of our priorities. He has high energy, is competitive and driven to win, with a mindset of teaching and developing players.”

An introductory news conference was scheduled for Saturday.

Gase has no head coaching experience but has been a target of NFL coaching searches for at least three years. A year ago he followed coach John Fox from Denver to Chicago after interviewing for head jobs with the Bears, Bills and Falcons.

Gase is a protege of former Dolphins coach Nick Saban and has won favorable reviews for his work with a range of quarterback talent _ from Peyton Manning to Jay Cutler to Tim Tebow. In Miami, he’ll try to help Ryan Tannehill, who is 29-35 in four years as a starter and regressed in 2015, when the Dolphins finished 6-10.

Executive vice president of football operations Mike Tannenbaum, who led the job search, had success while with the Jets hiring first-time NFL head coaches Eric Mangini and Rex Ryan. That approach hasn’t worked with the coaching carousel in Miami, where none of Gase’s eight most recent predecessors had previous NFL head coaching experience.

But from the start, there was a buzz about Gase. During his single season with the Bears, they won only six games and ranked 17th in offensive points, but he helped Cutler reduce his turnovers and post a career-high passer rating of 92.3.

Gase spent six seasons on the staff in Denver, where he helped Tebow win a playoff game. In his first season as offensive coordinator in 2013, Manning and the Broncos scored an NFL record 606 points and reached the Super Bowl. The following year they scored 482 points, the league’s second-highest total.

A native of Ypsilanti, Michigan, Gase worked on the staff of Michigan State coach Nick Saban while a student there. He followed Saban to LSU and was a graduate assistant and recruiting assistant before beginning his NFL career in 2003.

Saban coached the Dolphins in 2005-06. He’s one of their eight coaches since their most recent playoff victory in 2000.