Opa-Locka track stars on the run 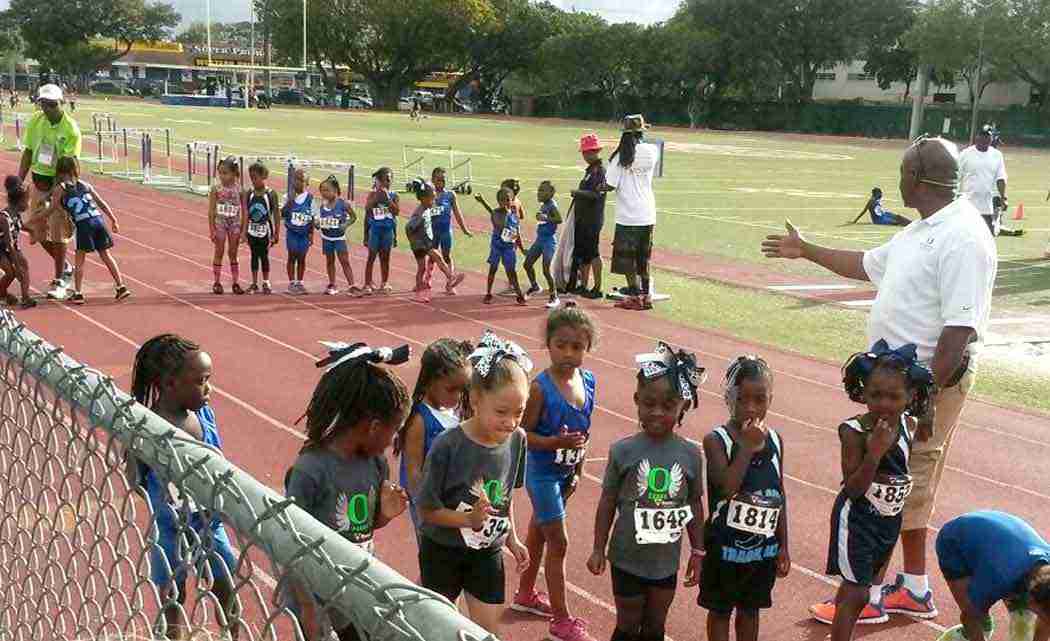 OPA-LOCKA — The preseason track team workout was long and challenging for the young atheletes ages four to 11. While the period seemed never to end, the first meet came quickly for some, too quickly for others.  On last Sunday, the Opa Locka Hurricanes Track Team arrived at the Moore Park Relay Race, 765 NW 36 Street, Miami, FL. They were ready to compete and their efforts proved successful.

Beginning in January, the coaches Anthony Taylor, Marlon Brown and Daicari Griffin of the Opa Locka Parks and Recreation Department assembled the young athletes to begin the preparation for a lengthy season of track and field events.

Basic conditioning, speed, technique and stretching drills consumed most of the month and were taught as the basis of each day of activity.

February was devoted to actual track and field workouts, with the basics performed at the beginning of each day.

The runners were divided in groups by distance and age. The practice included short and middle distance runners and shot put, long jump and other field events. While the practices were going well, the first performance-ability test was set for Sunday, March 7, at Moore Park.

On their arrival at the park, tension was high and the kids were ready.