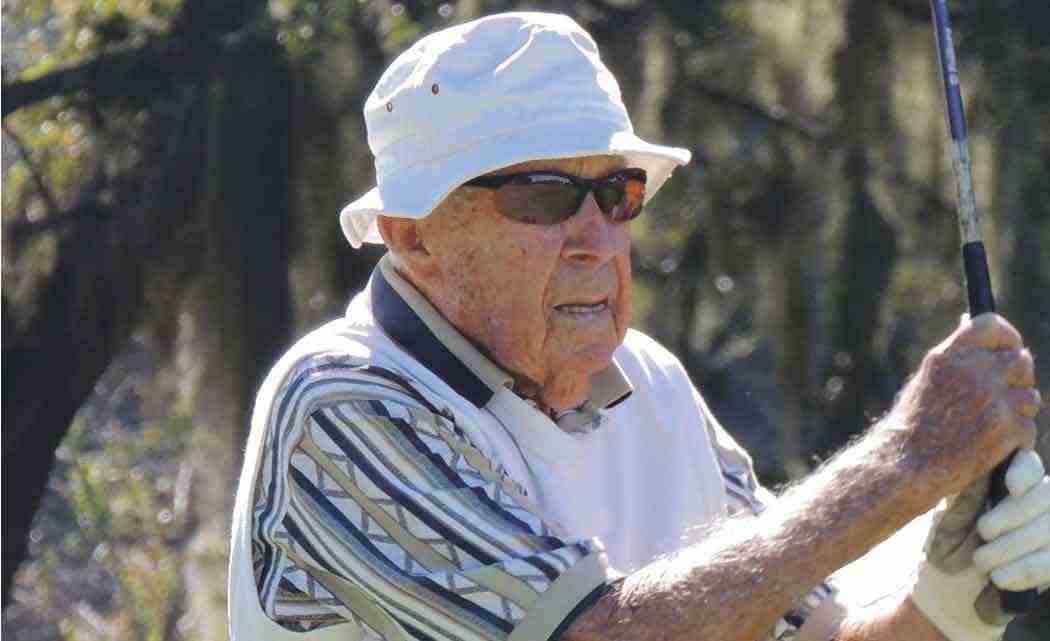 SARASOTA, Fla. (AP) — A 103-year-old Florida golfer may have made history as the oldest person to record a hole-in-one.

The PGA of America announced on its website that Gus Andreone of Sarasota scored the ace Wednesday at Palm Aire Country Club. The group said it is likely that Andreone is the oldest golfer to score a hole-in-one, beating the previous record of a 102-year-old woman in 2007.

Andreone told Tampa Bay television station Fox 13 News that the ace marks his eighth since 1939. He said he used a driver on the 113-yard 14th hole of the Lakes Course, like he normally does, but then noticed something different. The ball hit the ground about 30 yards from the green and then rolled into the hole, he said.

His golf partners jumped up and down, but Andreone kept his cool.

“I can’t say that I felt any different about one or the other,” he said of his most recent ace. “I just felt another hole in one.”

One of Andreone’s playing partners, Wayne Webster, said the 103-year-old is still at the top of his game. “At 103, the guy has a great game, hits all his drives down the middle,” he said.

Andreone, who plays three times a week, pocketed $80 for the feat, and says he looks forward to doing it again.

“As long as I can swing a club, even if I have to play three or four holes, I’m going to play golf,”he said.