Photographer determined to carry on legacy of Muhammad Ali 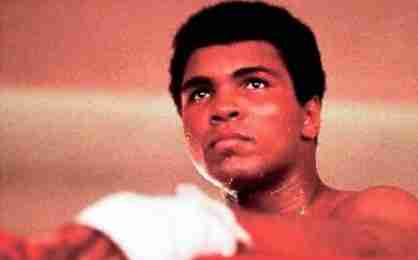 Or as Adams puts it, “what I call Ali the man, rather than Ali the boxer.”

Adams was the late Ali’s personal photographer for most of the 1980s after Ali’s boxing career was over when Ali lived in the Los Angeles area, reported the Nevada Appeal Adams, who now lives in Carson City, estimates he has 3,000 to 5,000 images of Ali showing the man in his post-boxing life.

“The other Ali talked a lot,” said Adams about Ali’s persona during his boxing career. But he said the post-boxing Ali was different from the boastful fighter in the ring.

“My life is just beginning,” said Adams about what Ali told him after he finished boxing. Adams said Ali was referring to how he was determined to become the humanitarian he became.

Adams and the Muhammad Ali Center in Louisville, Kentucky, are working out an arrangement for Adams to display much of his work at the center showing Ali as a humanitarian. Adams said the center has much memorabilia from Ali’s boxing career.

“I don’t think they have a lot of material on him as Ali the person,” said the famous Hollywood photographer.

Ali died earlier this year and Adams said it would make sense for him to present his display at the Ali Center on the first anniversary of Ali’s death, although when his display would be featured is up to the center.

Adams said he’s also been in contact with Reno’s Nevada Museum of Art to see if it’s interested in displaying some of his work of Ali.

Adams’ Carson City home is a museum in itself, featuring not just his works of Ali, but others such as President Barack Obama’s visit to his home in 2007. Among Adams’ works is a photo of a robe given to Ali by Elvis Presley with “People’s Choice” on the back – a robe Ali never wore. There’s also a photo of a painting of Ali by the famous sports artist LeRoy Neiman.

One of Adams’ most cherished items is a letter in which Ali wrote a short speech he delivered in the Westlake Village area of Los Angeles.

The letter of the speech states: “I believe in helping children everywhere I go. It is important to me, to use my time in a way which makes people feel better. That is why I support the work of a children’s vision.

I know their heart is and we in the right place. Remember life is short, never know when it will be over. What time I have left, is to do the work of God. My time and life is for the children.” Ali dedicated the rest of his life to numerous children’s charities, including one that helped find missing children.