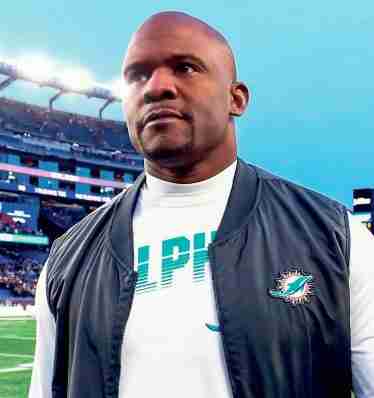 MIAMI (AP) – The Miami Dolphins’ self-professed placeholder at quarterback played like one in the season opener, amplifying questions about the team’s timetable for turning to rookie Tua Tagovailoa.

But Ryan Fitzpatrick’s play wasn’t the only – or even the biggest – problem in Miami’s 21-11 loss Sunday at New England. He’ll start again Sunday in the home opener against Buffalo, coach Brian Flores said Monday, quelling for the moment any quarterback controversy.

Fitzpatrick threw three interceptions, but the intended receiver slipped on one of those plays, and defensive pass interference could have been called on another. When asked about the 16-year veteran’s performance, Flores took the broad view.

“As a team we’ve got to be better across the board,” he said. “There were some opportunities we didn’t take advantage of. That includes the quarterback position. We need better play from everybody. We need better coaching. That starts with me.” Fitzpatrick, 37, has acknowledged he’ll eventually relinquish the starting job to Tagovailoa, but the Dolphins want more time to groom their potential franchise quarterback.

Pass protection in the opener was signiﬁcantly improved over last year, when Miami allowed an NFL-high 58 sacks. With two rookies up front, Fitzpatrick was sacked only one time in 31 pass plays.

“Those young guys got off to a solid start,” Flores said, “but it’s about consistency in this league.”

Flores’ re-tooled defense had a disappointing debut. With six new starters, the Dolphins gave up 217 yards rushing and 29 ﬁrst downs while allowing the Patriots to control the ball for 35 minutes. Cam Newton completed 15 of 19 passes and ran for 75 yards and two scores.

In 2019, Miami allowed a franchiserecord 31 points per game, and the Patriots would have approached that score if they hadn’t lost a fumble at the 1.

“We will get better. I’m very conﬁdent in that,” Miami defensive tackle Christian Wilkins said. “We’ve got the right guys. We’ve got all we need on the defensive side.”

Wilkins was a standout with six tackles, one sack, two tackles for a loss, two passes defensed and a quarterback hurry.

Third-round pick Brandon Jones was a surprise starter at safety and had 10 tackles.

“B. Jones is a good player. He’s a fast player. He gets to the ball,” veteran safety Bobby McCain said. “Even though he’s a rookie, he’s a guy we want to depend on, and he’s going to have to play good.”

Third-string running back Myles Gaskin led Miami with 40 yards rushing in nine carries, and he added 26 yards on four catches.

“Myles broke some tackles,” Fitzpatrick said. “Not only in the run game, but in the pass game he made some nice plays, so that was exciting to see.”

Injury-plagued receiver DeVante Parker caught all four passes thrown his way but left the game in the third quarter because of a sore hamstring and didn’t return. He missed time in preseason because of the same issue.

Flores said it’s too early to know whether Parker will be able to play Sunday.

The defense faces another challenging matchup Sunday when the Dolphins play their home opener against the Bills and Josh Allen. Allen threw for 256 yards and ran for 56 as the Bills won the most recent meeting between the two teams in November.

“We know Josh Allen is a good quarterback,” McCain said. “He has got a strong arm and he is a good runner. We have to do a better job of keeping him in his pocket and keeping the quarterback runs to a minimum, and try to make them one-dimensional.”

Previous post Taraji P. Henson at 50: One who persevered