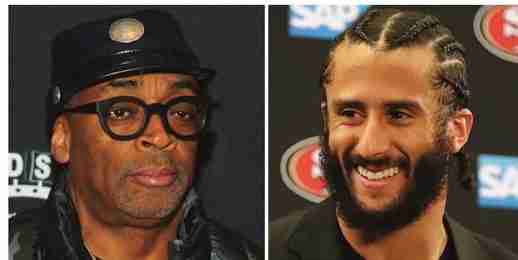 Lee tweeted an advertisement for the rally scheduled for Aug. 23 outside the NFL’s headquarters in New York City. The ad misspells Kaepernick’s name, omitting the first “e.” Lee says on Twitter he didn’t organize the protest, but adds that he supports Kaepernick and “His Stance On The Injustices In The USA.”
The rally is being organized by several civil rights groups.

The former San Francisco 49er became a topic of national conversation last year for choosing to kneel instead of stand for the national anthem, citing police violence and social injustice against minorities.

He parted ways with the 49ers in March and hasn’t been signed by another team.