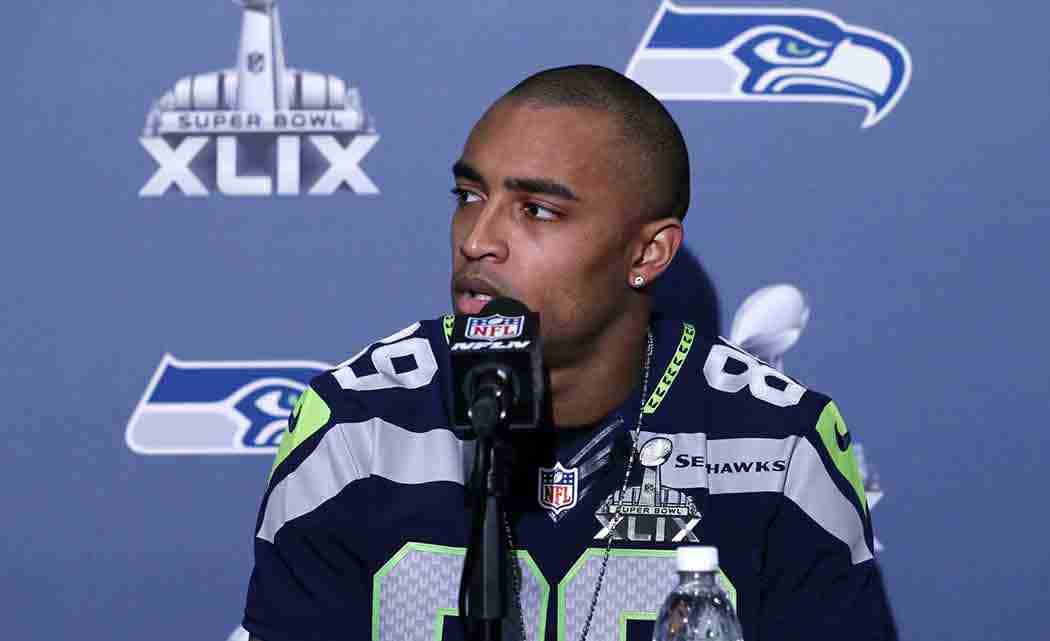 He ranked 42nd in the NFL in both categories.

It’s no surprise that Hall of Famer and NFL Network’s Deion Sanders dissed Baldwin and the rest of Seattle’s receiving group.

Few analysts give them any credit. So after Baldwin had six catches for 106 yards in the NFC championship game against Green Bay, he directed one of his rants toward Sanders.

“That’s just what ‘pedestrian, average, mediocre’ receivers do. What’s up my man Deion Sanders?” Baldwin said right after the game.

Criticism of Seattle’s receivers comes from ex-players-turned-broadcasters, other reporters and plenty of fans on social media.

“It’s thrown in my face day in and day out,” Baldwin said. “I have friends that text-message me whatever is out there. I don’t mind it because I use it for extra motivation. I have a shirt underneath my sweatshirt that says, ‘Pedestrians with attitude.’ We enjoy the label because we embrace it.”

The New England Patriots aren’t saying anything this week to motivate Baldwin even more going into Sunday’s Super Bowl.

“They work hard, they play hard and they are very passionate,” Patriots safety Patrick Chung said of Seattle’s receivers. “I see that on film. I’m not going to label them. You can say what you want to say about them, but they are here for a reason. They are here because they are good and they can make plays.”

Baldwin has calmed down as the Big Game approaches. He even said he’d rather Marshawn Lynch win the MVP award on Sunday.

“We are not about statistics here, obviously,” Baldwin said. “We only care about winning games and winning championships. We know the formula that we have put in place is if Marshawn wins the MVP then we have done our job on offense. That means that we have controlled the pace of the game.”

There’s no Megatron, Dez Bryant or A.J. Green on the Patriots, either. They also have an unheralded group of receivers.

Julian Edelman led New England with 92 catches, but he was 25th in the league in yards receiving with 972. Brandon LaFell had 74 catches for 953 yards. Tom Brady has only had one elite receiver — Randy Moss — in his career and they set records together during New England’s 16-0 regular season in 2007.

“It’s a really selfless group, guys that are always putting the team first,” Brady said. “Everybody has a little different skillset. I think that once we hit our stride and everybody found a role for themselves, they really embraced their role. None of them have really played in a Super Bowl before. Hopefully we bring our excitement and as much enthusiasm as possible and we go out and play as best as we possibly can.”

“It’s just about maximizing opportunities,” Kearse said. “Just whenever you have an opportunity you’ve got to make the most of it. I just try to go out there and compete no matter what the stage is if it’s regular season or it’s a preseason game or it’s a playoff game.”

The Seahawks thought they got a legitimate No. 1 receiver when they acquired Percy Harvin from Minnesota in March 2013 for a trio of draft picks, including a first-rounder.

But Harvin missed the first 2 1/2 months that year and was traded to the New York Jets last October. His departure opened the way for Baldwin and Kearse.

“Obviously we would get more opportunities because we were down a guy, but it was just business as usual for us,” Baldwin said.

Golden Tate was Seattle’s top wideout last year. He had 64 catches for 898 yards and one TD in an offense built on Lynch’s running and Russell Wilson’s scrambling.

Tate signed a lucrative deal in free agency with Detroit and made his first Pro Bowl this year after catching 99 passes for 1,331 yards and four TDs. Since Tate proved he could thrive in a pass-heavy offense, perhaps Baldwin will try to do the same in two years when he’s an unrestricted free agent.

For now, earning another Super Bowl ring is all that matters.

“I’m just trying to focus on the task at hand and living in the moment,” Baldwin said. “I don’t really think I will be able to fathom what we are doing yet (until) a couple years down the line.”