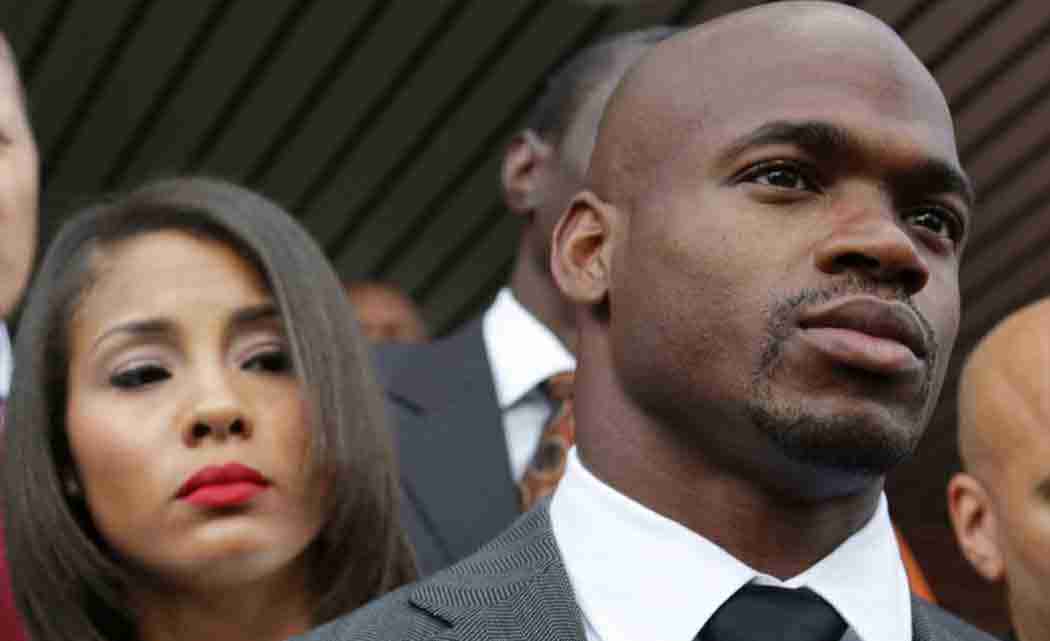 MINNEAPOLIS (AP) — The NFL Players Association filed a federal lawsuit Monday for Adrian Peterson, asking the court to dismiss an arbitration ruling that upheld the NFL’s suspension of the star running back.

The petition also requested a court order for Peterson’s immediate reinstatement, arguing that Peterson has served far more than what’s allowed by the collective bargaining agreement between the league and the players. Attorneys for the NFLPA asked to expedite the case in Minnesota, where the union has often gone to contest labor matters with the NFL.

Commissioner Roger Goodell suspended Peterson without pay for the last six games of this season and through at least April 15, the result of the child-abuse case that has kept the 2012 NFL MVP out of all but one game this year. Harold Henderson, the arbitrator appointed to hear Peterson’s appeal, affirmed the entirety of Goodell’s decision Friday.

The union argued that Henderson’s decision was biased and overreaching, contrary to “fundamental principles of notice, fairness and consistency” and the essence of the CBA.

Henderson, the former NFL executive vice president for labor relations, has heard 88 appeals, according to the league.

In the petition, the NFLPA said Henderson “ran roughshod over the required procedural protections of the CBA” and “summarily rubber-stamped the unlawful process and punishment of Mr. Peterson” with his ruling.

In his written decision last week, Henderson backed Goodell’s assertion in determining punishment that Peterson lacked remorse for badly injuring his 4-year-old son with a wooden switch in an attempt to apply discipline. Peterson has said he’s sorry and meant no harm.

“The fact that Arbitrator Henderson dismissed what Mr. Peterson actually said in favor of unverified and out-of-context news reports speaks volumes about his evident partiality,” the NFLPA wrote in the petition.

The union accused Goodell of punishing Peterson to satiate “public calls for his resignation due to prior disciplinary failures” and said he picked Henderson to hear the appeal to “to avoid another embarrassing reversal” of his decision.

Goodell initially suspended Baltimore’s Ray Rice for two games and then declared him out indefinitely Sept. 8 after video surfaced of the running back delivering a knockout punch to the woman who’s now his wife. Between those decisions was Goodell’s announcement Aug. 28 of tougher penalties for players involved with domestic violence, including a six-game suspension for a first-time offender.

The injuries to Peterson’s son occurred in May. The union said Peterson should not have been subjected to the enhanced personal conduct policy.

The arbitrator in Rice’s case overruled Goodell and reinstated him, though he had no team to return to because the Ravens had released him Sept. 8. In the petition for Peterson, attorneys pointed to that arbitrator’s ruling that Goodell lacked the CBA authority to apply the enhanced policy to punish prior conduct.

The NFL didn’t immediately respond to a request for comment.

The NFLPA again hammered away at NFL executive Troy Vincent, devoting about 10 of the 74 pages in the petition to recorded conversations between Vincent and Peterson informing the player he’d face only a two-game suspension under the previous policy and could rejoin the Vikings in late November.

“Mr. Vincent expressed to Mr. Peterson that the NFL believed he had already ‘paid the price’ for his conduct and that, accordingly, his time on the Commissioner’s Exempt List prior to November 4 would be factored into any discipline the NFL would impose,” the union’s lawyers wrote.

The transcripts of the phone calls, used in Peterson’s appeal, were provided to The Associated Press by a person familiar with the case. The person provided the transcripts on condition of anonymity because the person was not authorized to release them. The talks took place after Peterson reached his plea agreement in Texas on Nov. 4 and before Goodell announced the suspension Nov. 18.

The NFLPA also criticized the NFL for keeping Peterson in “continued purgatory” on the exempt list, essentially paid leave, between those dates.

Peterson called Vincent to find out how many games he would be suspended, and Vincent tried to convince Peterson to meet with Goodell and other NFL executives to discuss personal progress and expectations for moving forward. Vincent told Peterson that NFL officials responded favorably to Peterson’s suggestion he be suspended an additional two games provided Peterson agreed to meet.

In his ruling, Henderson dismissed the contention that Peterson was retaliated against for not meeting with Goodell on Nov. 14.