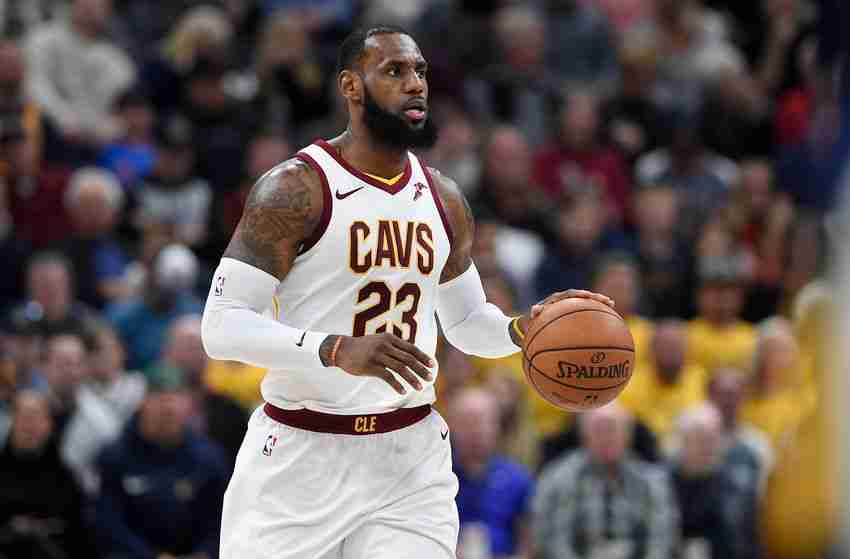 CLEVELAND (AP) — Their doubters are dropping off as quickly as the competition. Only one team has advanced to the conference finals in these NBA playoffs, and it’s the same squad that looked vulnerable during a chaotic regular season, beatable in the postseason and was one loss from a possible franchise collapse.

The ending’s been postponed. The Cleveland Cavaliers aren’t nearly finished. On Monday night, the Cavs completed their second straight four-game sweep of the Toronto Raptors, the East’s top team and the one that was supposedly built to dethrone them, with a 128-93 win in Game 4 that has perhaps changed Cleveland’s outlook.

LeBron James, whose future hangs over this city like a looming thunderstorm, scored 29 points with 11 assists and eight rebounds on 12 of 19 shooting — an ordinary performance by his standards — as the Cavs won their 10th straight over the Raptors with one of their most complete games in months.

After all the injuries, the failed Isaiah Thomas experiment, the roster overhaul at deadline the trading and other distractions, the Cavs, who can get some rest while waiting for the Philadelphia-Boston winner, are peaking at the right time. Their path to the East finals wasn’t straight. But they arrived.

“We’ve had four or five seasons wrapped in one, we know what the narrative has been about our team,” said James, who averaged 34 points, 8.3 rebounds and 11.3 assists in the series. “But I can only speak in the moment. To be able to put ourselves in position where we can represent the Eastern Conference in the Finals, that’s all you can ask for. So we’re excited about being part of the Eastern Conference finals once again and having the opportunity to compete for a championship.

“That is what our goal is.” James has been reluctant to discuss the Cavs’ chances to win a title or get back to the Finals for the fourth straight year, but his confidence has grown with each victory. Kevin Love, who struggled in a seven-game scrap with Indiana in the first round, had another solid game with 23 points.

Kyle Korver added 16, J.R. Smith scored 15 on 6-for-6 shooting and point guard George Hill, who was sidelined for three games in the Pacers series, added 12.

The Cavs were balanced and were finally able to take some of the pressure off James, who had seemingly been abandoned by his teammates through much of the postseason. In fact, things had gotten so bad that “Saturday Night Live” did a skit last weekend that went viral on social media called “The Other Cavaliers,” a parody that poked fun at Cleveland’s supporting cast. James, though, said his faith never wavered.

“I believe in my teammates so as everyone was burying my teammates alive throughout that first round series, I just continued to tell them, ’Listen, we can’t win without each and every one doing their jobs and being as great as they can be,” James said. “I continued to preach that so it’s impossible for me to lose confidence in our ball club no matter what the stakes are or where we’re down because if I do that — then where are we going to go from a team aspect?”

After winning 59 games in the regular season, the Raptors had the East’s top seed and figured that this was their year. James had other plans. Toronto came into the series feeling great. By the end, the Raptors were defeated and deflated. Exactly one year since they were last swept by James, he did it to them again.

“Everyone had counted Cleveland out,” said coach Dwane Casey, whose job could be in jeopardy.

“They struggled a little bit. They had the big trade and all that. Everyone thought they were vulnerable but as long as they have him, they have a chance and that’s what we were looking at. But 10 days ago we had all the confidence in the world.”

As the Cavs look ahead to a matchup with either the Sixers or Celtics, who lead that series 3-1 and host Game 5 on Wednesday, Love’s renaissance gives Cleveland the most comfort.

The All-Star was rendered ineffective in Round 1 by the Pacers, whose big men battered him and took Love out of his game. But despite cries to bench Love or move him back from center to power forward, Cavs coach Tyronn Lue stuck with him, and in doing so may have prolonged Cleveland’s season. Love said there was nothing magical about his turnaround. “It just came from me being me,” he said. “I didn’t forget how to play basketball, I was just ultra aggressive.