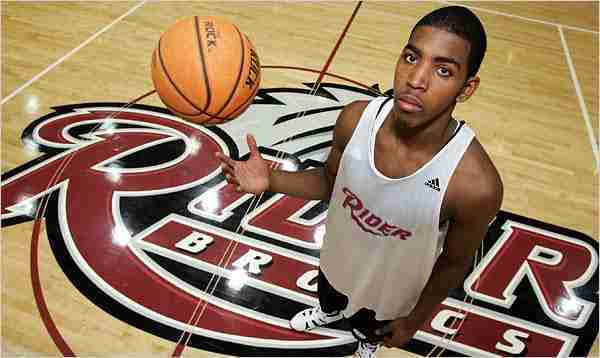 OAKLAND, Calif. (AP) _ Jason Thompson stepped off the elevator with his parents to a grand Golden State welcome, featuring some 50 cheering Warriors employees who are ready to watch him contribute to the defending NBA champions.

After a crazy July that briefly took him to Philadelphia and his hometown 76ers after a trade from the Kings and then back to Northern California in yet another swap, Thompson is eager to stay put and get settled with his new team _ only about 90 minutes down the freeway from where he spent his first seven seasons with Sacramento.

Now, he will chase the first playoff berth of his career with a team determined to do it again. And he’ll be sporting the No. 1 Warriors jersey last worn by swingman Stephen Jackson.

There’s stability here, too, something Thompson never had in the state capital.

“I want to be smiling and winning,” Thompson said, sporting that signature grin. “I’m probably going to be smiling more and not having to worry about those types of things.”

The 6-foot-11 Thompson first was traded July 9 to the Sixers, then again July 31 after Golden State sent Gerald Wallace to Philly shortly after acquiring him from Boston to complete the David Lee deal.

“It’s definitely a bittersweet situation. I was traded to a team, growing up in Philly and I didn’t play a game, then coming to an organization coming off a title, I haven’t been around much winning this past seven years,” said Thompson, sitting in the Warriors downtown practice facility Thursday. “A lot of instability with seven coaches in seven years, 180 teammates and things like that. That doesn’t ever lead to winning. To come to an organization that has and coming off a championship, that’s great for myself.”

He was drafted by the Sacramento Kings with the 12th overall pick of the 2008 draft. Thompson was traded along with Carl Landry and Nik Stauskas to Philadelphia, where Thompson spends most of the offseason anyway. He does still have a house in Sacramento, but will now be house hunting around San Francisco.

Thompson has been playing the Warriors four times a year, and “that’s going to make it that much sweeter when I play Sacramento this year.”

With a fairly set starting lineup going into the season under second-year coach Steve Kerr, led by NBA MVP Stephen Curry and NBA Finals MVP Andre Iguodala, Thompson hopes to take on as big a role as possible to help this team keep winning.

“That’s kind of for Coach Kerr to decide and me to go with it,” he said. “It’s a little different approach when a team comes off a championship. They have that format that works, so you obviously you don’t want to come in expecting to do too much, you want to see how the system is. I know I can do things offensively and defensively and then just see how that works in their system and keep the ball rolling like it was last season for them.”

Given the way things went, Thompson is thankful he got traded now rather than playing some games for the Sixers and then being dealt. His mom, and father Chuck, will make the trip West from New Jersey as often as they can and catch him on the road.

“I’ve never had a playoff experience,” Thompson said, “now I’ll have a chance to have my own.”