The fundraising lesson we can learn from Mary McLeod Bethune 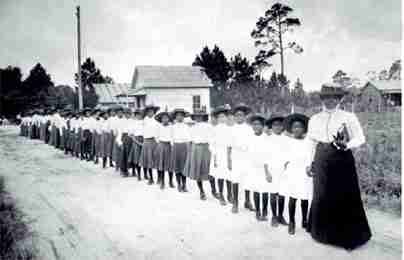 In the early 1950’s I had the honor to hear Dr. Mary McLeod Bethune speak in a packed, hot and humid Clayborn Temple in downtown Memphis. She was a powerful orator. She mesmerized me. She mesmerized the crowd. She raised money for Bethune-Cookman College the old fashioned way: “she passed the hat.”

I will never forget her for as long as I live. She spoke of going door-to-door asking for nickels, quarters, food, anything people could spare to help support her college. She believed in education and she didn’t wait for others to do what needed to be done.

Dr. Mary McLeod Bethune was just 29 years old when she opened the Daytona Educational and Industrial Training School for Negro Girls. By 1931 her school had merged with another and become the college now known as BethuneCookman University in Daytona Beach Florida. She was an educator, a businesswoman, an activist, and a co-founder of the United Negro College Fund (UNCF).

She was a fundraiser long before there was a “development office.” She knew that if she intended to educate young African Americans it wasn’t enough for her to teach – she had to make sure students had food to eat, sheets for their beds, books, paper, money to pay the light bill and to pay faculty. She started what became a major university with five African American girls and what we today call a grass-roots campaign.

She built a base of small donors who believed in the college at a time when the great majority of African Americans were not educated and did not have access to education. She traveled across the country preaching, passing the hat, and asking everybody to support her students.

The fundraising principles used by Dr. Mary McLeod Bethune are the same principles that drive fundraising today. She had a vision that directly addressed a critical community need. She had a clear plan. She clearly and powerfully articulated her vision and encouraged others to give. And she was undeterred.

These principles may sound simple, but they cannot be overlooked. In today’s language this means clearly identifying your mission and vision, creating an in formative and persuasive case for support, and then consistently communicating with those who share your vision. It’s not just about talking to the powerful: it’s about talking to the community and creating a shared vision and ownership.

This is so important: we must remember to fully engage our community. Small gifts are powerful: they demonstrate support to those who can give more. And grassroots fundraising keeps us tied to those we serve.

One African American organization that does that today is Hattiloo Theatre in Memphis, TN with its “Strong and Mighty” donor campaign. Hattiloo, its leaders and friends actively invite community members to make small gifts that grow a big idea – one that our community needs. Here’s how they put it: “‘Small & Mighty’ signifies the strength of collective impact – many hands make for light work. Small & Mighty Donors contribute $10 each month to ensure that Hattiloo has funds to help pay its monthly bills. While it’s a modest amount, the impact is vital for Hattiloo’s day-to-day operations.”