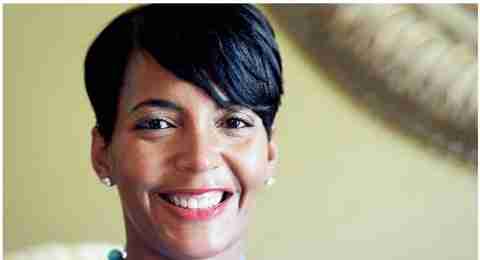 The second woman and the sixtieth mayor of the city of Atlanta, Keisha Lance Bottoms, will receive an honorary doctorate from Florida Memorial University on Saturday, May 12 when she addresses the graduating class as its commencement speaker.

Prior to her election, Mayor Bottoms served as Councilmember of District 11. For nearly eight years, she represented a large portion of the historic Southwest Atlanta community. During her tenure on the council, Bottoms sponsored groundbreaking legislation that addressed the City’s $1.5 billion unfunded pension liability and helped grow the City’s reserves from $7.4 million to over $170 million. She also authored the toughest panhandling legislation in the history of Atlanta, which combines empathy with enforcement, and has resulted in offenders receiving often needed social services to help break the cycle of recidivism.

Mayor Bottoms worked with her former colleagues on the City Council to achieve the goal of 2,000 officers within the Atlanta Police force and to successfully balance the City’s annual budget without increasing taxes. During her term as Vice-Chair of the City’s Transportation Committee, the City opened the Maynard H. Jackson International Terminal at Hartsfield-Jackson Atlanta International Airport, solidifying Hartsfield-Jackson’s place as the world’s busiest and what many call the most efficient airport.

A graduate of Florida A&M University, Bottoms received a law degree from Georgia State University College of Law. In addition to her public service career, Mayor Bottoms has maintained a private law practice for more than 20 years and has served as General Counsel for a multi-million-dollar business, as well as a Judge (Pro Hoc) in Fulton County State Court.

Next post Broward elders elected to Senior Hall of Fame