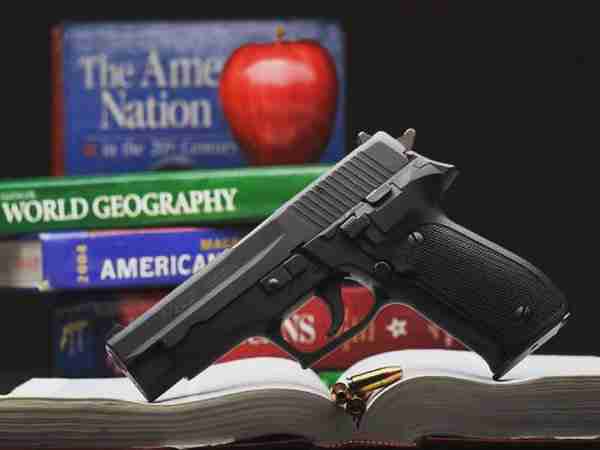 By BRENDAN FARRINGTON
TALLAHASSEE – A contentious proposal to let concealed weapons permit holders bring guns on state university and college campuses was among four firearm bills that made their final committee stops Thursday and will now be before their respective legislative chambers.

Two other bills will ban backyard gun ranges in densely populated areas and another will remove aggravated assault from the list of gun-related crimes subject to mandatory minimum sentences under the state’s 10-20-Life law.

Easily the most fought over proposal is the guns-on-campus bill, which was approved by the House Judiciary Committee on a 13-5 vote, with only one Democrat supporting it and no Republicans opposed.

While some supporters mentioned the need to protect the constitutional right to own guns, Guns on campus among 4 gun bills set for full chamber votessaid that’s not what inspired his bill (HB 4001).

“What started me down this path was Sandy Hook,” said Steube, R-Sarasota. “We have seen time and time again where there have been shootings in gun free zones.”

He was referring to the 2012 shooting at Connecticut elementary school where 20 students and six educators were killed by a gunman.

Democratic Rep. Dave Kerner of Lake Worth noted that the bill is opposed by every university president and police chief and the state university Board of Governors.

“Nobody wants this,” he said. “We’ve had people that rarely stick their neck out in positions of high authority come out against this bill and this policy, and I think that we should be humble enough to know when to defer to them. It is their campus. They’re the ones that live, work and educate themselves on that campus.”

The bill now goes to the full House. The Senate version of the bill still has two committee stops.

Two other proposals are receiving bipartisan support. House and Senate bills (HB 41 and SB 130) that would make it illegal to set up gun ranges on residential property in neighborhoods where there is an average of one home per acre or less were unanimously approved in their final committee stops.

The Senate bill specifically bans celebratory gunfire _ a problem in Florida on the Fourth of July, New Year’s Eve and when the Miami Heat wins an NBA championship. The House version was stripped of that language after Republican Rep. Neil Combee of Polk County said another law addresses the issue and he didn’t want his bill to create the impression that celebratory gunfire was OK in less densely populated areas.

The bills make exceptions for firing a gun to protect life or property. Combee said that would include shooting a poisonous snake.

Democrats and Republicans also agreed on a bill (SB 228) that changes the 10-20-Life law. It was approved unanimously by the Senate Fiscal Policy with no debate and now heads to the full Senate. A judge would have flexibility in sentencing people convicted of aggravated assault while possessing a gun rather than being forced to issue at least a 10-year sentence.