Gary Garvin, 52, of Riviera Beach was shot and killed by unknown suspects. The incident occurred in the 500 block of West Fifth Avenue in Riviera Beach. Police heard gunshots and drove around the area and they found Garvin wounded. He was rushed to a hospital, where he died. Witnesses say a gray vehicle drove by and began firing shots and then sped away. Police urge anyone with information to call Crime Stoppers at 1-800-458-8477.

The College Park neighborhood in Lake Worth is the latest to start a Crime Watch program. The community wants to keep crime at a minimum and encourage residents to be watchful and to call the Palm Beach County Sheriff’s Office if they see anything out of the ordinary and to report suspicious activity. 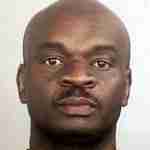 Jeffrey London is the 51-year-old well-respected former pastor of the Bible Church of God in Fort Lauderdale. He is also a former dean at Eagle Academy charter school in Lauderdale Lakes. A jury in Broward County Circuit Court acquitted him on 27 counts of sexually abusing four boys last year. Now he is on trial in federal court on related charges, and details of the allegations are graphic and compelling. 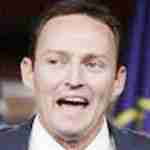 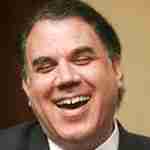 Congressman Patrick Murphy joined hundreds of party faithful at the Florida Democratic Party’s Leadership Blue Weekend, formerly called the Jefferson-Jackson Dinner, at the Diplomat Hotel in Hollywood. No one stole the show and there was no news coming out of the dinner. One reason is Congressman Alan Grayson, who is rumored to be considering a run for U.S. Senate, did not attend. Also, former Secretary of State Hillary Clinton was in New York holding a rally that was the talk of the nation. Still, the Democrats appear to be spoiling for a fight and just might be up to the challenge. 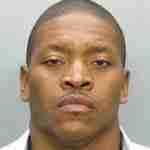 Former New York Giants, New England Patriots and Miami Dolphins cornerback Will Allen and his business partner were in federal court to face charges they operated a $31 million Ponzi scheme. Federal prosecutors allege Allen, 36, and Susan Daub, 55, ran an operation in which  their company, Capital Financial Partners, financed small loans to professional athletes who were waiting for their contracts to kick-in. They exaggerated the amounts of those loans and dividends actually were paid with funds from new investors. Prosecutors said Allen received $4.1 million, Daub $239,000, and her son was paid a more than $51,000. Another $40,000 allegedly was spent at the Seminole Hard Rock Casino in Hollywood and $20,000 to the Aria Resort & Casino in Las Vegas. They face securities fraud charges. Bail was set at $200,000, which Allen said would be paid by former Dolphins teammate Vernon Carey. 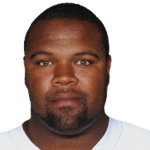 Rosemary Fuller, along with Patricia Mellerson, led the historic and successful effort to stop taxpayer dollars from being used to support or allow Confederate Army groups from participating in the annual Veterans Day parade and other city of Homestead activities. Their leadership sent a wakeup call that touches the consciousness of residents, brought new leadership to City Hall and transformed a community. Fuller has now completed a successful campaign to have the mounds of trash cleaned-up from the city’s minority neighborhoods. It’s a true lesson in real leadership. 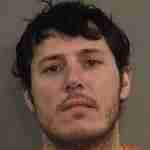 The reward for the capture of Michael Evans is now up to $8,000. The U.S. Marshals Service is offering $5,000 and Miami-Dade Crime Stoppers is offering $3,000. Evans, 30, is wanted in Ohio for robbery and assault. He is also a suspect in the death of Joe Moniz at the Sunshine Inn Motel in Miami. Evans is 5 foot 10 inches and weighs 190 pounds, with brown hair and green eyes. Anyone with information about Evans should call Miami-Dade Crime Stoppers at 305-471-8477.

A Florida Highway Patrol trooper Andrew Dunn was fired over allegations he did not properly administer aid to an accident victim last August. Dunn appealed and  reached a settlement that returns him to work, but he will get a six-week suspension without pay. 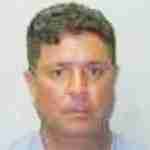 NAKED ON THE BEACH

Guillermo Alejandro Garcia, 46, of Key Largo was spotted walking at Anne’s Beach on Lower Matecumbe Key, without wearing any clothes. Garcia, a registered sex offender, was arrested on charges of lewd and lascivious acts, and multiple counts of indecent exposure, disorderly intoxication and resisting arrest.