When The Father Knows Best 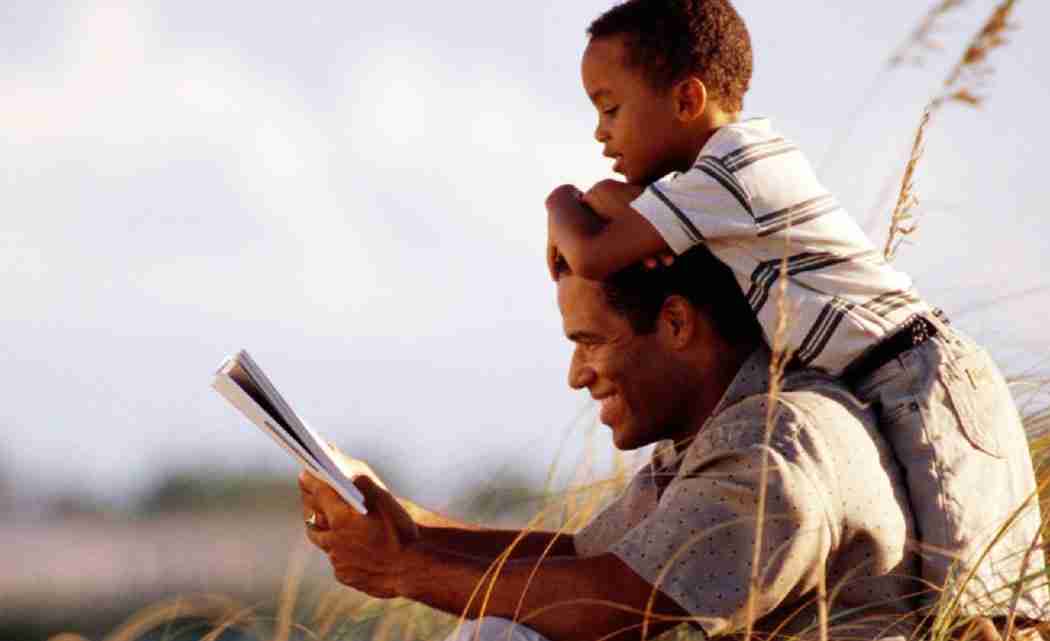 ” Listen to your father, who gave you life, and do not despise your mother when she is old.” ~ Proverbs 23:22 NIV

How do you know when a father knows best?  When he acts like Jesus, in life and is strong, silent and serene.

Paul also gives us a hint in Philippians 4:4-5: “In everything, he says, present your request to God, through prayer and petition with thanksgiving, then the peace of God which surpasses our understanding will guard your hearts and minds in Christ Jesus.” When a father does this, “Gentleness will be seen by all.”

I hope that the first thing a father learns is to love and value their children’s mother. You can do this by being a good provider, but (to me) you should be willing to marry her. In life and in marriage our joy should be grounded in God.

A good father’s thoughts are pleasing to God, and being a good man, he keeps a head full of delightful thoughts and good ideas of what is best for the wife, children and the family.

In counseling young couples, I share excerpts from the book The Wonderful Difference Between Men and Women, written by Shaunti Feldhahn and Robert Lewis. They write, “There is a clear difference in how God designed men and women.” As a man, I have recently learned every part of my fatherly identity is affected by how I live out the biblical design of manhood.

Most of us are confused about God’s biblical design of men and women; we lack clear biblical definition of manhood and womanhood. We lack understanding of why God made man and woman different. God apparently needed us to be different in order for us to create life, populate the earth and balance out His plans for the world.

Biblical manhood is strong, silent and serene, and favored by God. Initially, Adam was designed to rule and subdue the whole earth. He disobeyed God, and instead of doing the hard job of showing manly leadership, Adam passively failed to protect Eve from the seductive advances of the serpent. So Adam blew it.

All Adam had to do was be strong and willingly obey God’s command, and not get distracted from it, not even by Eve. He needed to quietly say “no.” He needed to keep his will to work. Finally, he needed to maintain serenity, while loving his wife as he loved himself.

Thousands of years later scholars have pointed out that after Adam’s failure, God gives us a second chance with a new Adam, Jesus Christ. According to Feldhahn and Lewis, He also gave us a new Eve in Mary, Jesus’ mother.

All the old Eve had to do was fight the desire to control and accept God’s word given to her and Adam.  She needed to fight the temptation to want to know what God knew, and trust that “The Father knew best.” Finally, she needed to expect good from God and Adam, her husband.

Eve and Mary both were offered a chance to accept God’s word. Both knew the Father’s Word, but each reacted to it differently. Eve willfully disobeyed God and ate; Mary trusted God and listened. Mary showed faith even in the midst of an embarrassing pregnancy and a difficult pre-marital situation.

Oddly enough, both women expected good from their actions and beliefs. However, good came only from Mary’s actions. Mary knew her Father knew best. So Mary succeeded in pleasing both God and her husband Joseph.

After the death of His earthly father Joseph, Jesus (the new Adam), wanted to show His love and care for His Mother (the new Eve). Even while on the cross, Jesus called out to John to provide and protect Mary.

So, how do we know when the father knows best? We know when a father’s actions are like that of Christ: strong, silent and serene, and when his gentleness is evident to all.

Next post America is becoming a long hot anytime