The McIntyre Institute uses dance to minister, heal and encourage 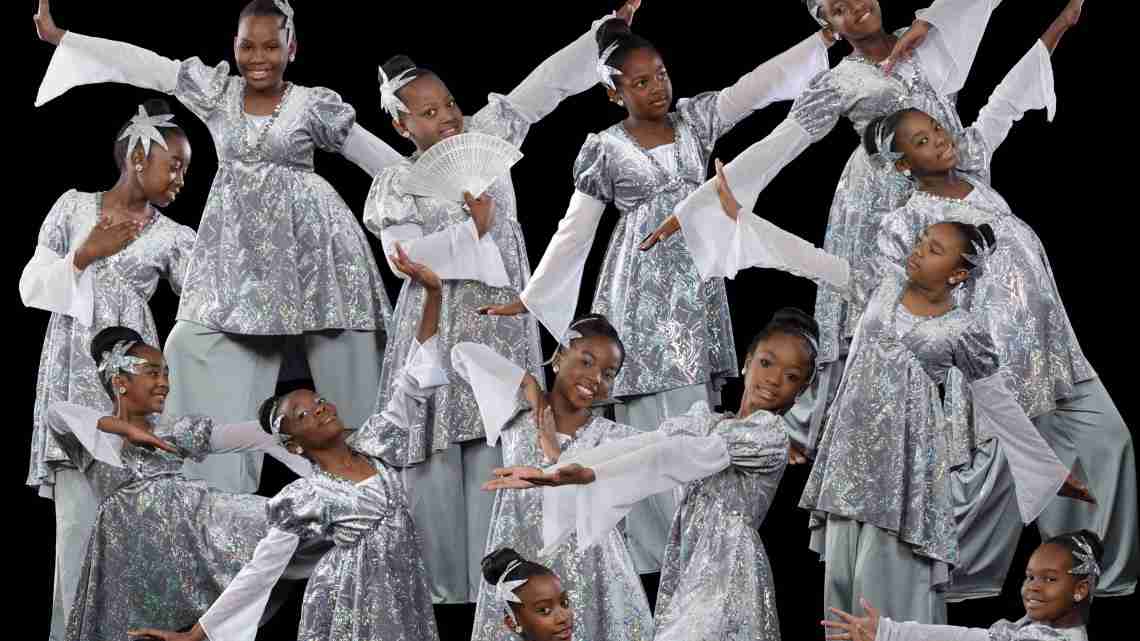 MIAMI – For over 16 years, The McIntyre Institute (TMI) has impacted thousands of lives through its ministry of dance. In fact, it was the first Christian dance school to hold concerts at the Adrienne Arsht Center and Gusman Olympia Theater, receive the keys to the City of Miami, perform on Universal Studios’ City Walk stage and present a full production at Disney.

Now South Florida’s premier liturgical dance school is about to make history again by taking its celebrated “Called 2 Dance” (C2D) brand from Florida to international waters – and it’s using the power of dance to inspire people suffering from depression to ask for the help they need.

On Saturday, May 27, TMI will kick off its 2017 Evangelistic Community Global Outreach Series with its annual production entitled “Called 2 Dance: Say Something & Let the Healing Begin” at 7 p.m. at Vida Abundante, 5601 NW 159 Street in Miami. Doors open at 6 p.m. and the show begins at 7 p.m.

Shortly thereafter, TMI will minister in Tampa on June 10 and present the ‘C2D: Say Something’ production on Carnival Cruise Line’s Sensation ship, June 19-24. They will be the first faith-based dance institute to present a full concert in the ship’s main theater.

Below: Dr. Constance McIntyre is the Artistic Director of The McIntyre Institute (TMI) and creator of “Called 2 Dance.” 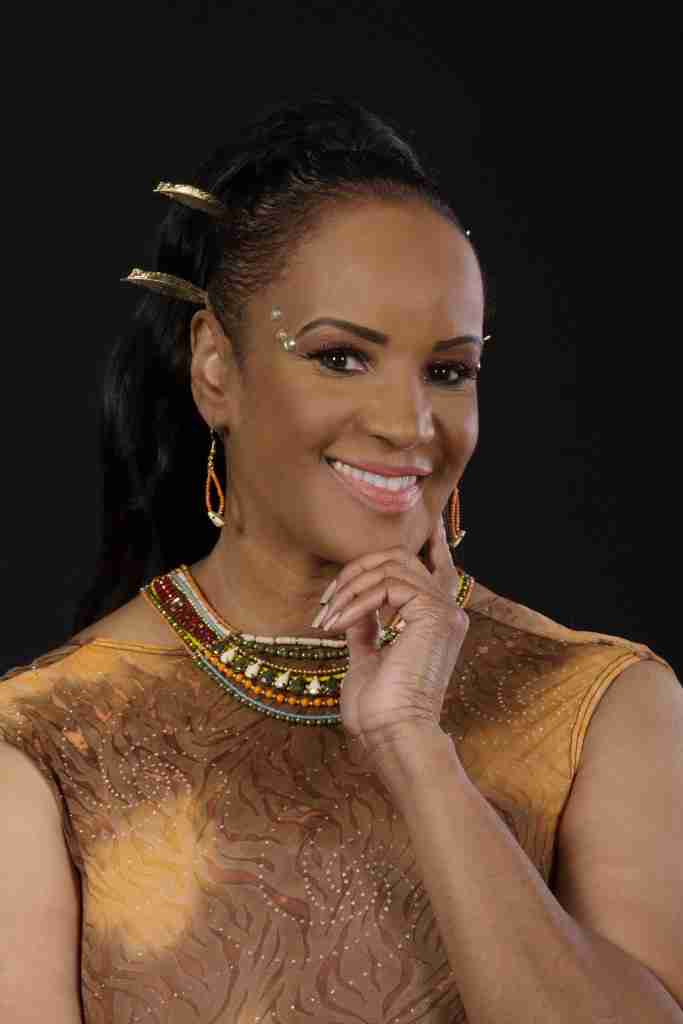 “We’re expanding to make sure the word gets out beyond the four walls of the church,” TMI’s artistic director Dr. Constance McIntyre told the South Florida Times in an exclusive interview. “We do church well. People know the language, they know the conversation, but at the end of the day behind your closed doors, when you’re by yourself and you’re crying, what do you do? Who do you talk to?”

McIntyre and her husband, Dr. Vincent McIntyre, founded the non-profit institute in 2001. Though dance is the school’s most well-known component, TMI also provides community development, academic and cultural enhancement, character education, personal enlightenment and tangible help to individuals and families in need. They serve students ages 6 and up.

“It was this idea that we’d provide services beyond dance. We wanted to include education which would also entail specialized instruction in business, video, computers, math, reading and various educational components,” McIntyre said. “The McIntyre Institute allows us to be able to have the flexibility to provide financial assistance to students who want to go to college or families that are in need. We wanted to be able to be that vehicle and have the freedom and liberty to do so.”

Likened to a liturgical version of Alvin Ailey, TMI dancers wear original costumes designed by McIntyre and incorporate other dramatic elements like film, original music and scores, voice over testimonies, props and more into their productions. But McIntyre stressed their shows are more than performances.

“It’s not like a concert or performance. It’s ministry. … We want the Lord, The Holy Spirit to have a space if people want to come up to have that freedom to do so,” McIntyre said. “My heart’s desire is to see the lives of people changed and allow that time and that space for God to really bring some transitions so there’s a lingering experience.”

Themes about faith, forgiveness, love, self-worth and more have been explored during TMI’s productions. Right now, however, McIntyre is really focused on tackling depression.

She said she was compelled to use her creative platform to address the issue after having a conversation with one of TMI’s staff members about the suicide of Robin Williams and Wayne Brady’s admission that he battled with depression.

“I realized that Mr. Robin Williams didn’t really say anything, but Wayne Brady did. So I said the song I’m going to select is called ‘Say Something,’” McIntyre said. “It’s not the traditional, Christian, Gospel song but if you listen to the words, it makes a difference.”

Though ‘Say Something’ was choreographed as a dance originally, its powerful message caused it to grow into a full campaign. 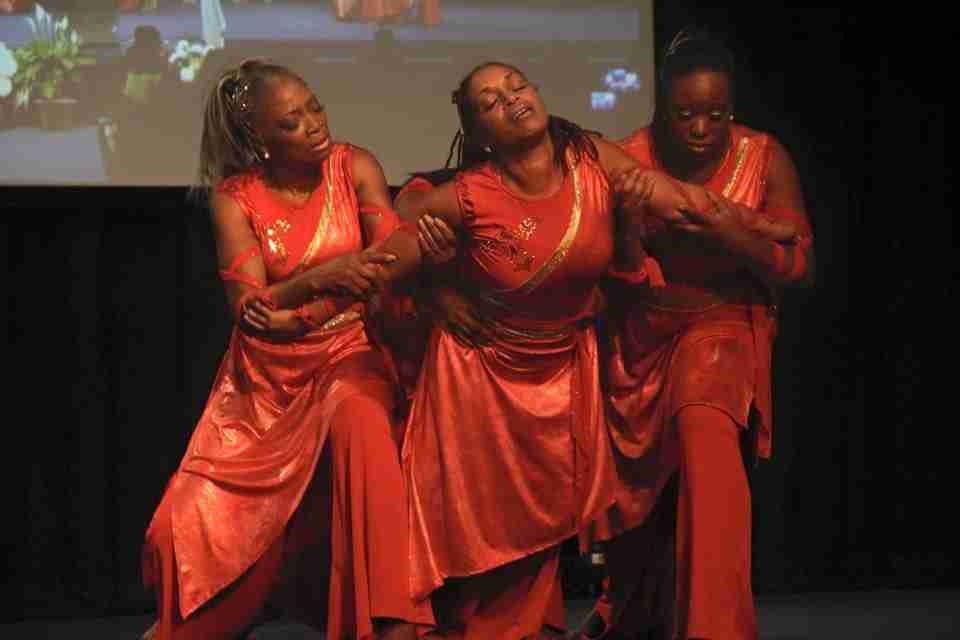 Dancers from The McIntyre Institute minister to the song “Say Something.”

“Say Something is a movement. It was created to bring hope and healing on a national scale to those who are presently dealing with depression,” McIntyre said. “It’s become an anthem meant for this purpose and for the success and transformation of many lives. I’ve been inspired to make it a blueprint.” When TMI’s ‘Say Something’ dance first debuted in 2015 at Universal Studios, McIntyre said she knew she’d created something that people from all walks of life could relate to.

“They may not all believe in the same God or the same thing, but one thing I do know from a humanity perspective is that people are hurting,” McIntyre said. “The conversation of mental health and depression has been really [in the] forefront with a lot of celebrities, but … what about the common people, the mothers and the fathers, people in the military that are dealing with this issue?” McIntyre said she desires for TMI to “be the voice” for people who are hurting, but uncomfortable speaking up about it.

“Say Something was the one message that resonated throughout the continuation of our movement. I love creating things that will stimulate dialogue in hopes of bringing awareness to what we’re doing , ” McIntyre said.

In addition to leading TMI , McIntyre and her husband are pastors, business owners and wear many other hats. She admits balancing everything is not always easy, but said she depends on God and a strong support system to meet her goals.

“Prayer is number one … I have many, many conversations with the Father. … I’ve learned to trust His voice more and recognize it,” McIntyre said. “I have learned how to compartmentalize my agenda and delegate. Trusting people who have great talents as well and allowing them to be human has greatly afforded me to be able to do the things I do.”

McIntyre also said learning to say no, trying not to please everyone, resting when necessary and forgiving people quickly have helped her be successful in ministry.

“I’ve learned to forgive quickly and ask the Lord how to handle disappointment in my life. As a pastor or first lady, you always have to put that screen saver on and I have to remove it and say Constance, you are hurting here. How are you gonna deal with this because if you don’t it’s going to kill you,” McIntyre said. “Once I‘ve handled the disappointment in my life I do not give it attention any more. Once I forgive somebody I do not allow people to bring it back up. … I take it day by day. I’m still learning I am not perfect.”

She said she is glad they are able to do the South Florida concert free of charge this year.

Below: Kiana Taylor is a dancer with The McIntyre institute currently in the Adult Beginning Class. 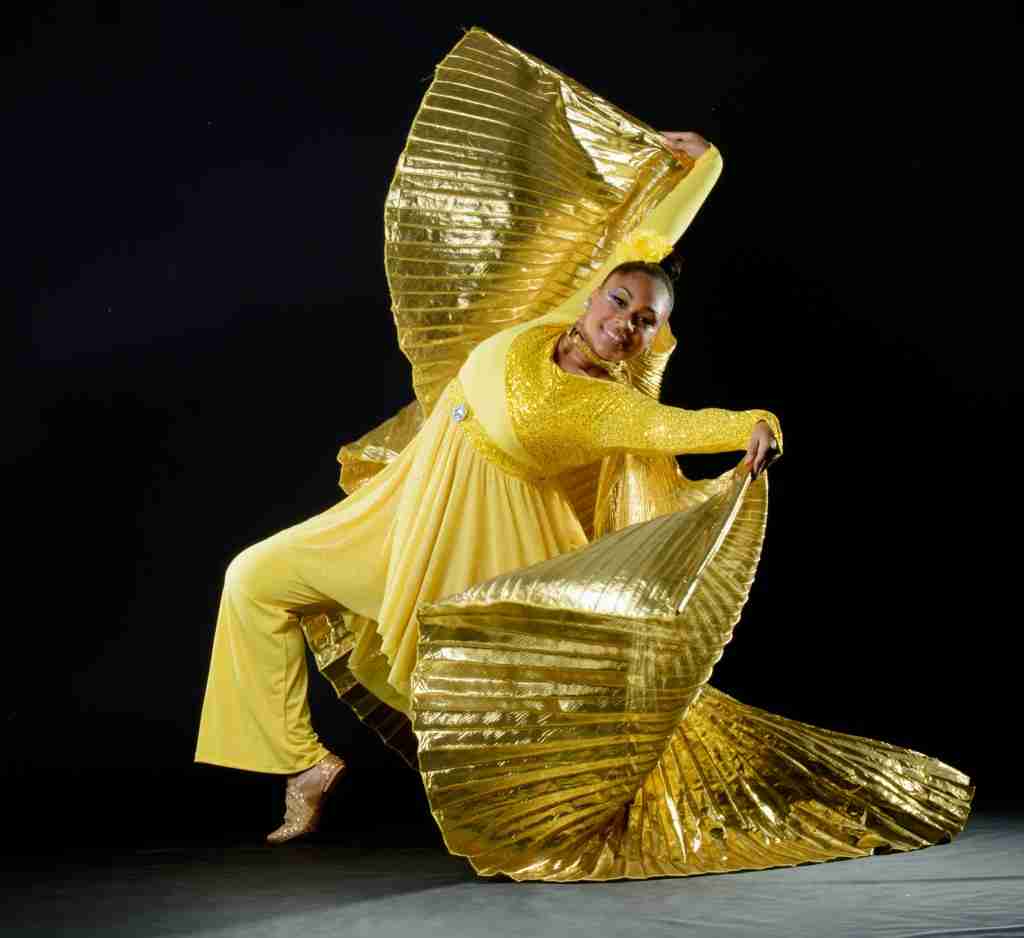 “It has been on my heart for many years to allow people who may not always be able to attend not just our productions, but other productions because of income an opportunity to come and see what we do,” McIntyre said. “We bridge the gap of diversity through the ministry of movement so it’s not just African American, it’s not just Hispanic, it’s people from the islands, Haitian, Bahamian because the world is big so we’re excited about that.”

As for the cruise, McIntyre said she believes it will give them an even wider audience to evangelize to.

“Your life is a witness beyond the stage. You have a captive audience (so) what a great opportunity to evangelize,” McIntyre said. “We have people that don’t even know us that see us on Facebook that got tickets to go on this cruise. Talk about a following. We’ll be dancing in the waters internationally and changing some lives.”

She said those changes are evident not only in audience members, but in TMI’s students and parents.

“A lot of the students who come to our school never danced anywhere, let alone on a stage. You never know what these kids are going through. This may sow a seed in their lives to go on and do great things,” McIntyre said. “I’ve had parents come to me and say ‘I need help, I don’t know what to do with them’ and then the child is transformed.”

She said serving others through TMI has helped her witness some of the most amazing transformations in people who experienced abuse, suicidal thoughts, sickness, disabilities and more.

“Over this past 16 years this has been tremendous experience, a life lesson. I really cannot imagine how this would have taken place if I was not obedient to the Holy Spirit when I moved here originally in 1988,” McIntyre said. “I’ve come across amazing and beautiful women and men. I’ve witnessed transformations of many lives that have gone beyond the walls of TMI, gone beyond the walls of the church and entered into the hearts of the people and their homes. And that to me is absolutely priceless.”

To learn more about TMI, its classes and events, visit www.mcintyreinstitute.com.