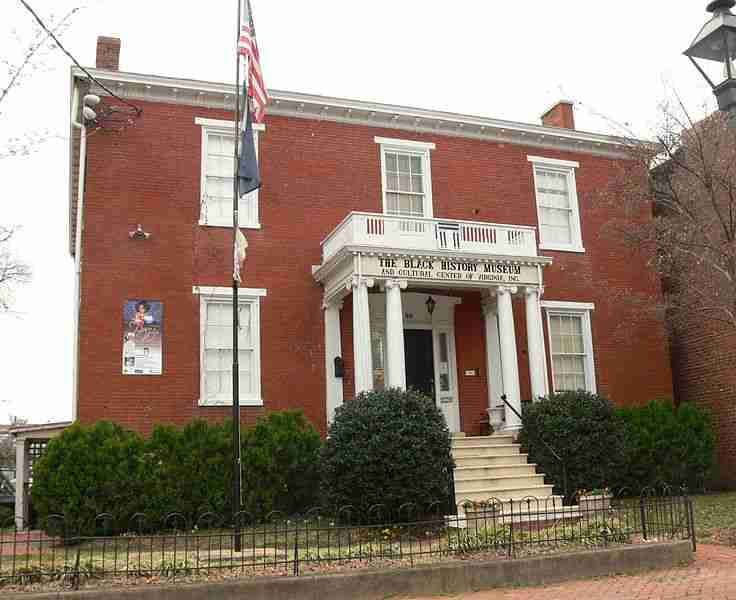 RICHMOND, Va. – To kick off Black History Month, the Black History Museum and Cultural Center of Virginia is exhibiting four decades of work by Murry DePillars, an artist known for his vivid colors and geometric shapes as well as his political commentary and African-inspired patterns.

“Murry DePillars: Double Vision,” which features 37 pieces of artwork, opens Friday and runs through June 3 at the museum near downtown Richmond. While DePillars did everything from crayon illustration to quilting, most of the exhibit shows off his acrylic paintings.

DePillars’ career spanned four decades, from the 1960s to the early 2000s. His early work, such as the illustration “Aunt Jemima,” deals with socioeconomic and political commentary. Unlike his later work, those illustrations used little color. The drawings were created while DePillars was studying art in Chicago and later Pennsylvania.

DePillars was dean of the School of the Arts at Virginia Commonwealth University from 1976 to 1999. Tasha Chambers, director of the Black History Museum and Cultural Center of Virginia, said De- Pillars was integral in turning VCU into one of the largest art schools in the country. He lived in Richmond until his death in 2008.

Even as a dean at VCU, DePillars continued his own artistic pursuit and travels. On his trips, he carried a suitcase full of art supplies so he could easily work on his art wherever he went. The suitcase he used and two unfinished paintings are featured in the exhibit.

DePillars’ late work contrasts with his early illustrations. Stepping into the upstairs gallery, visitors are greeted by an array of vivid colors and patterns that mimic traditional African beadwork. Within the mixture of geometric shapes are hidden figures and objects.

Chambers said DePillars did extensive research in creating his art and often looked at how Africa as well as the current environment influenced African- American traditions.

The exhibit takes its name from Michael D. Harris, an artist and art historian who applied the term “double vision” in describing the process by which black artists look back to Africa and compare its culture to that of contemporary society. Chambers said the museum also chose this name for the exhibit because it explores not only DePillars’ artistic career but also his role as an educator.

The exhibition coincides with a host of Black History Month events. Chambers said the museum is celebrating black Americans’ contributions to “life, love and liberty” – and also fighting for those values.

“We are celebrating,” Chambers said. But given the current political environment, “we are also still participating in the movement to bring awareness to these things that may now be in jeopardy.”

The Black History Museum and Cultural Center of Virginia is at 122 W. Leigh St. in Richmond. To find out more about the museum’s events for Black History Month, visit blackhistorymuseum.org.