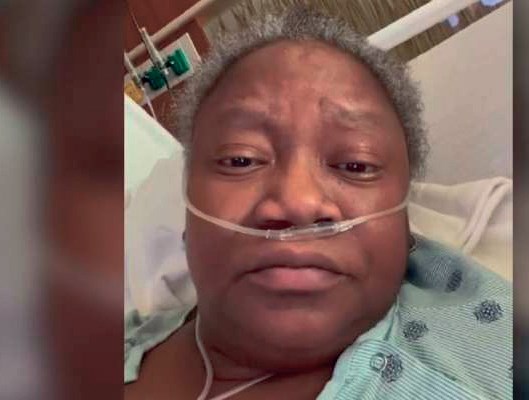 Dr. Susan Moore, 52, tested positive for COVID-19 late last month and was admitted to IU Health North Hospital in Carmel, Indiana, according to a Facebook post. Acutely aware of her condition and medical procedures, the physician said had to repeatedly ask for medication, scans and routine checks while admitted at a hospital in Carmel, Indiana. She noted a white doctor in particular who seemingly dismissed her pain and said she didn’t trust the hospital.

“I put forth and maintain, if I was white, I wouldn’t have to go through that,” she says in a Dec. 4 video, her voice often cracking. “This is how Black people get killed, when you send them home, and they don’t know how to fight for themselves.”

She was released from the hospital run by Indiana University Health System on Dec. 7, but was again hospitalized 12 hours later when her temperature spiked and her blood pressure dropped, according to her post. She was taken to a different hospital, Ascencion St. Vincent in Carmel, and said she was experiencing better care.

Still, her condition worsened and she was put on a ventilator. She died Dec. 20, her 19-year-old son Henry Muhammad told news outlets. A listed number for Muhammad could not be located Friday. Messages left by The Associated Press for two family spokespeople weren’t immediately returned Friday.

The coronavirus has disproportionately affected Black people, who suffer from higher rates of obesity, diabetes and asthma, making them more susceptible to the virus. Black Americans are also more vulnerable because of systemic racism, inequity in health care access and economic opportunity.

Moore grew up in Michigan, where she earned a medical degree at the University of Michigan in 2002. She had an active medical license in Indiana at the time of her death, according to MLive.com.

Muhammad told The New York Times that his mother had often frequently experienced inferior medical care. She had an inflammatory dis-

ease called sarcoidosis that attacks the lungs and was often treated for her condition.

“Nearly every time she went to the hospital she had to advocate for herself, fight for something in some way,

Next post Final goodbye: Influential people who died in 2020