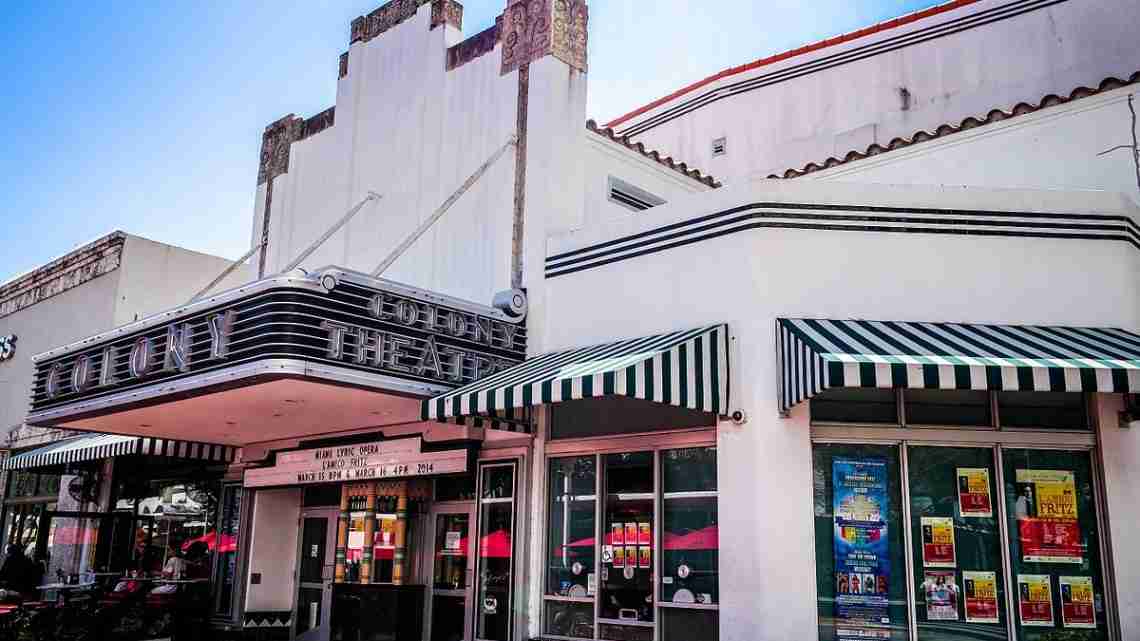 The “Cocaine Cowboys” stage play is expected to make its theatrical debut in the spring of 2019 at Miami Beach’s Colony Theatre.

MIAMI – The idea seemed outlandish, maybe even impossible at the time: a oneman play about Miami’s infamous Cocaine Cowboys of the 1980s.

Some 15 years ago, the Miami-raised Billy Corben was deep into research for what would become “Cocaine Cowboys,” a seminal documentary on Miami’s coke trade.

Back then, Corben was a recent New World School of the Arts grad.

He was reading the deposition of Cocaine Cowboys hitman Jorge “Rivi” Ayala in the State of Florida v. Griselda Blanco case to prepare for an interview with Rivi.

Ayala worked for Blanco, the bloodthirsty Miami drug kingpin of the 1970s and `80s, who was known as “the Godmother.”

Blanco was eventually deported to Colombia and gunned down in Medellín in 2012. In 1993, Ayala was sentenced to life in prison with the possibility of parole after 25 years for his role in three murders. His next hearing before a Florida parole board is in 2019.

The deposition read so much like a play, that it lingered as a “maybe one day” proposition in an ambitious young Miami film director’s mind for years. Now it is becoming a reality.

The documentary was ultimately released in 2006 by rakontur, the film production company Corben runs with producing partner Alfred Spellman from an office on Lincoln Road.

Ayala and Blanco were prominently featured in “Cocaine Cowboys’”and its 2008 sequel, “Cocaine Cowboys 2: Hustlin’ With the Godmother.” `’Cocaine Cowboys: Reloaded” in 2014 expanded the original documentary with new footage and interviews.

That’s a lot of content spun off of the reading of a deposition. But a stage play?

“I went to New World and was immersed in theater reading of plays and I’m reading this deposition and it’s unlike any deposition I’ve seen,” Corben said of his original idea. “These were not short `yes’ or `no’ answers. Rivi was a cooperating witness and they were looking to him to expound and elaborate in every minute detail on these murders he was involved in.

“I said to Alfred, my producing partner, `This reads like a one-man play. I can see it on stage.’ Alfred says, `Let’s make the documentary first then we can revisit the stage play’ – obviously joking at the time,” Corben recalled.

“I, however, was not. I thought it would be an extraordinary piece of theater and kind of filed that away for a while,” Corben said.

Miami New Drama was awarded a $150,000 Knight Arts Challenge grant in December to explore a piece of the city’s history on stage.

Hausmann and Corben had long bonded over shared conversations as The Colony and rakontur are nearby on Lincoln Road Mall. Hausmann, a native of Venezuela, known for his creative approach to theater in recent productions like Colony’s multilingual English-Spanish-Creole production of Thorton Wilder’s “Our Town,” saw the possibilities in Corben’s brainstorm.

“A collaboration with Billy is an amazing opportunity. He’s a unique artist, someone who always speaks the truth regardless of consequences. Someone who has a profound connection with Miami. We complement each other a bit,” Hausmann said.

“Billy is very pessimistic about the city, in general. I am kind of an optimist, a champion of the new Miami.”

For the original “Cocaine Cowboys” documentary, “Billy went to the gutter of the city to tell its stories. Me, a recent Miami native, I have a different outlook and I like the fact we can complement that.”

The theatrical version, both say, will not be the placing of the 2006 documentary on the stage, with its myriad characters. “That would be stupid,” Haussman said.

And, no, it won’t be a musical, though Corben jokes that Gloria Gaynor’s 1979 disco hit “I Will Survive” could be “a brilliant 11o’-clock number.”

He’s just kidding. Unless he’s not. The idea, now, is to tell the dramatic story through the words of the charismatic sociopath Ayala that Corben first gleaned off that intriguing deposition.

“We want to know what we have learned as a city since then and how we will move forward,” Hausmann said. “We are entering the material with a fresh new take, a decade-and-a-half later.”

Hausmann sees a stage version of “Cocaine Cowboys” as part of Colony’s mission to present original, daring works. “We do work that is in direct conversation with our community, with the issues of our community now, and work that is multicultural and diverse as our city is. We are not interested in doing what New York did last year. We want New York to do what we are doing this year.”

Corben and Hausmann expect the “Cocaine Cowboys” stage play to makes its theatrical debut in the spring of 2019 at Miami Beach’s Colony Theatre.

Next post Suits for Seniors founder converts loss into lesson