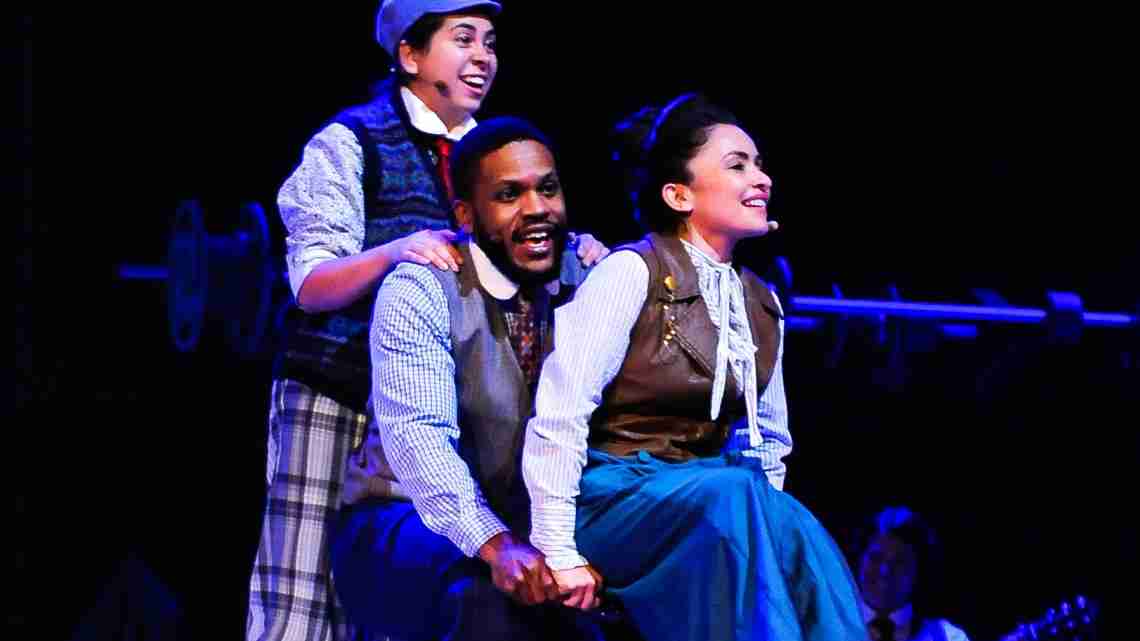 Left to right: Amanda Raquel Martinez, Brian Keys and Francisca Munoz played the Wright Brothers and their sister Katharine in the live production of “Kitty Hawk.”

MIAMI – It’s not every day that 27,000 seventh graders get to attend live theatre to learn about core subjects in school, but if staff at the Adrienne Arsht Center for the Performing Arts of Miami-Dade County have their way, it will become much more commonplace.

From Oct. 2-13, the center ran the production “Kitty Hawk” to teach students about Science, Technology, Engineering, Arts and Mathematics (STEAM).

It is the center’s latest effort to implement its “Learning through the Arts” program, which fuses performance and curriculum to help students grasp academic and historical concepts.

“Kitty Hawk” tells the story of Wilbur and Orville Wright, the famous brothers who made history by becoming the first to take a successful flight in Kitty Hawk, North Carolina in 1903.

However in the Arsht Center’s adaptation, Wilbur and Orville are played by Brian Keys and Amanda Raquel Martinez, who are black and female, respectively. The Wright Brothers’ sister Katharine (played by Francisca Munoz) is also highlighted much more for her contributions on the Arsht stage than she is in the history books.

It is an approach that is strategic and intentional according to Jairo Ontiveros, the Arsht Center’s Director of Education and Community Engagement. 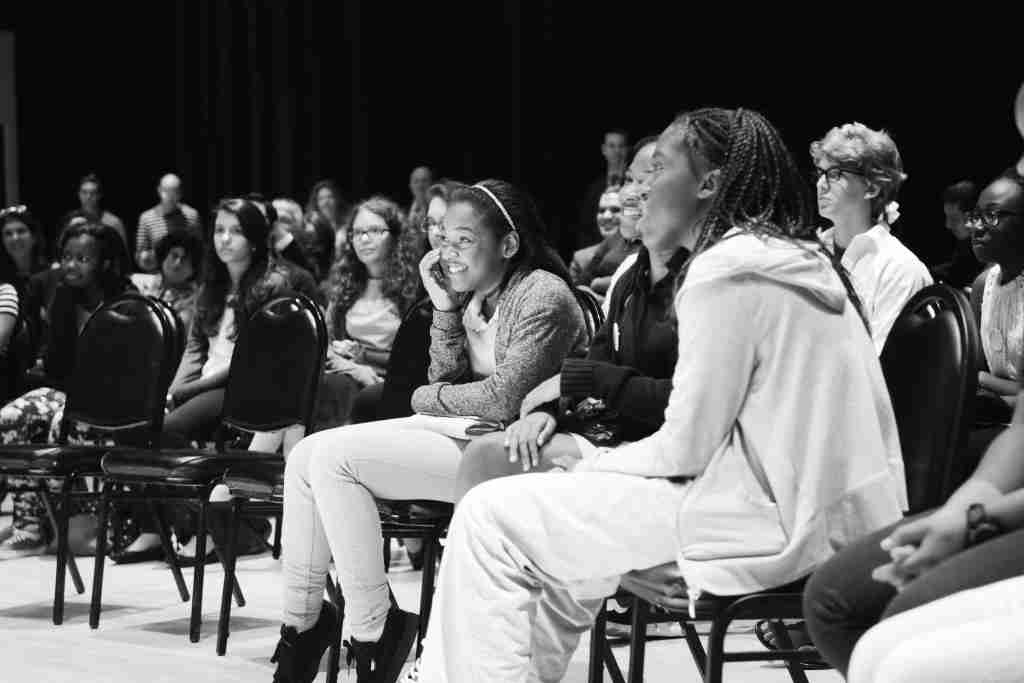 “The Arsht Center makes it a point to diversify all of our programs to make sure that our programs are inclusive, not only in race and gender, but also working with people that are not geographically close to us, which is a challenge for our county because its a huge county, and also working with children and people with disabilities,” Ontiveros said.

“It’s a factual play. The Wright Brothers are factual characters. It’s two white males but we wanted to create a contemporary piece on it that spoke to all of our diverse students,” Ontiveros continued. “We want to make sure that all of our students can see themselves front and center on our stage and in the spotlight in their lives.”

Onitveros said they had their playwright go back and do more research on Katharine Wright because she was an integral part of the story.

“Katharine Wright played a huge role, a vital role that is not talked about. She was the cheerleader for the brothers and the one saying, ‘Yes pursue your dreams,’”

When asked how he prepared to play such an iconic person who was actually white in real life, Keys said he had to move past their differences and find their shared experiences.

“I had to strip away everything and find what is the commonality that we can find on the human side,” Keys said. “Instead of looking at him as the white man, I could find the dreamer, the guy who sacrificed his dream to go to Yale to take care of the family and me coming from the Southside of Chicago, I’ve sacrificed a lot of things too to take care of my family.”

He said he loved being an example to the youth in the audience who come from similar backgrounds as him.

“I love it, especially being here in Miami and it’s such a diverse audience that we have with the kids. They automatically come in and they see themselves on stage so right away they can just dive into the story and just understand this is about chasing your dreams,” Keys said. “I’m loving the responsibility … It’s extremely crucial that we have the representation on-stage to reflect what’s in our audience or otherwise you lose them. For so long we have so many things that have been so white-male dominated … so its important because the way that you’re able as a child to say I want to do that is you have to see something that you can identify with.”

The Arsht Center decided to do the original, Broadway-style production after experiencing extreme success with the “Rock Odyssey“ musical and curriculum that has educated and entertained the county’s fifth graders each year since 2009.

Ontiveros said it is a program that reaches far beyond the stage, including a curriculum that was created in collaboration with Miami-Dade County Public Schools (MDCPS), workshops and activities that target populations that are underrepresented in STEM career tracks – specifically women, blacks and Latinos.

“This is not just theater it’s also an educational piece about aviation, about science, about technology, about math … We want them to say I can be the person … that can come up with an invention that can change our world – and they can. We just need to give them resources and the tools to do that,” Ontiveros said.

Now that students have seen the “Kitty Hawk” production, the accompanying STEAM curriculum is set to begin Oct. 23 and run for the course of 10-13 weeks.

The center is also collaborating with Code Fever to teach students how to develop and maintain a “Kitty Hawk” website.

Wint said he didn’t know much about the Wright Brothers before seeing the production, but was inspired by their story.

“It was good. The scene when they actually fixed the plane taught me don’t give up, keep trying,” Wint said.

“What plays like this do is give the kids exposure. Sometimes students don’t get the opportunity to see some of these things actually take place. Having a visual … gives them a different perspective on some of the things they can do in the future and shows them how important science and math and arts and all those different things are,” Ramos said.

Next post No question: President Trump is mentally ill