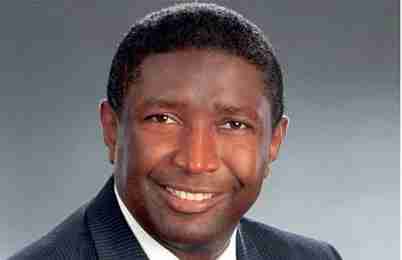 FORT LAUDERDALE, Fla. – In a testament to all politics being local, Broward Commissioner Dale Holness is advancing legislation that aims to improve the efficiency of the county’s criminal justice system by expanding Broward’s civil citation program.

During the County commission meeting on Jan. 23, the process to have the County Administrator issue a notice for the public hearing to address the proposed legislation sounded more like the public hearing; with a wide range of support for the ordinance that, if passed, would allow police to issue citations to people instead of arresting them for some simple misdemeanors.

“This is an item I’ve been working on for quite some time,” Holness shared. “We already have adult civil citation in the form of marijuana possession for 20 grams or less.” (Broward passed the ordinance in 2015; however, in early 2016, the city of Fort Lauderdale opted not to participate.)

A civil citation program has been in existence for Broward juveniles since 2012 with an astounding success rate. It has served over 4000 youth, with a 90 percent successful completion rate. Of those successfully completing the program, nearly none re-enter the criminal justice system, as 98 percent do not recidivate. The program, which provides mental health, substance abuse counseling, community service, parental services, restorative justice conferencing, anger management classes and academic progress monitoring, has saved an estimated $13.6 million in arrest processing costs.

While Holness’ proposal has wide support from Broward’s chief judge, community members and the state attorney’s office, Broward’s Public Defender, Howard Finkelstein, addressed the proverbial “elephant in the room” by calling out the racial element the program could potentially address.

“Most of us in Broward County are very proud of our government. Very proud of our liberal, progressive, democratic approach to issues in our community. Yet, for some reason for the past 40 years, that approach did not make it into the court house and we have managed to create institutionalized racism that has had an impact generation after generation,” Finkelstein said.

Data from the National Association for the Advancement of Colored People (NAACP) supports Finkelstein’s claims. In 2014, African Americans constituted 2.3 million, or 34 percent of the total 6.8 million correctional population despite being 12.3 percent of the nation’s population. They are incarcerated at more than five times the rate of whites; with the imprisonment rate for African-American women being twice that of white women.

Assistant Broward Public Defender, Gordon Weekes, the man hoping to replace Finkelstein in 2020, when the longtime public servant steps down, said, “(The civil citation program) is proven to work. In the juvenile area, it was abundantly successful. Children have had opportuni- ties to do better.”

Chief Judge Jack Tuter attended the hearing to voice his support. “I’m trying my best to see what we can do about reducing the jail population and we are holding people who are dangerous to Broward County in the county jail,” he said. “I support this resolution.”

Holness said, if passed, the ordinance would give police more options. “They currently have three options when they stop someone: they can arrest them, issue notice to appear or do nothing. This basically brings another option to them,” he explained.

And while the use of the program is still left to officers’ discretion, Holness said, “I’m hoping that our chiefs will mandate that they utilize this, when possible.”

The commissioner shared that although the new ordinance would focus on adults, the people most likely affected, he said, “are still younger people. More than 70 percent of the citations issued for civil citations for adults are under 35 years old and more than 50 percent are under 25, people still in their formative age.”

According to the NAACP’s Criminal Justice Fact Sheet, “A criminal record can reduce the likelihood of a callback or job offer by nearly 50 percent. The negative impact of a criminal record is twice as large for AfricanAmerican applicants.”

In addition to freeing up police “to do their job even better because now they can go out and pursue more hardened criminals rather than spend a lot of time on minor misdemeanors,” Holness added, “We’re saving money. We’re saving lives.”

The public hearing for the resolution is scheduled for Tuesday, Feb. 6.