Jazz In The Gardens adds variety for 12th year fest 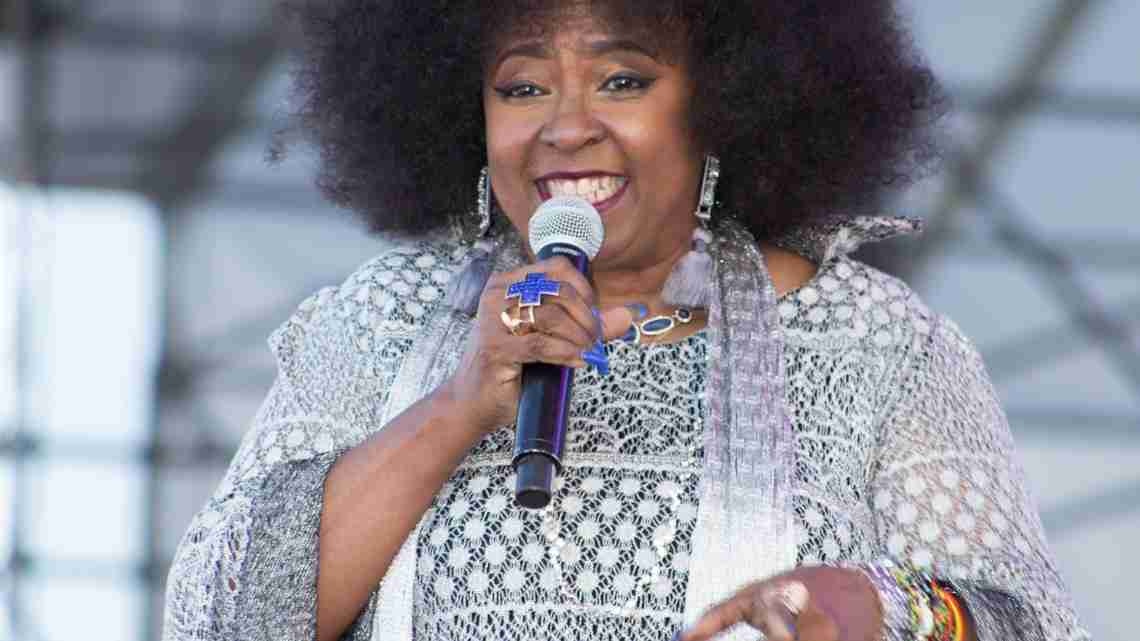 Aside from a stellar line-up that boasted Chante Moore, Marion Meadows, Will Downing, South Florida’s own Queen of Soul Betty Wright, Morris Day and the Time, Herbie Hancock, Robin Thicke, Jill Scott, Smokie Norful, Esperanza Spalding, The ROOTS, Andra Day, Common and LL Cool J – the 12th annual iteration of the festival brought with it a little something for everyone, including the new additions of a National Poetry Contest and Film Music Arts and Culture Conference (FMAC).

Terrence Jones won the top prize of $10,000 from the poetry contest and Eric Roberson closed Thursday night out with a Jam Session.

During the FMAC, entertainment industry insiders like singer Monica, producer Rico Love, model and actress Eva Marcille, Cynthia Bailey of Real Housewives of Atlanta and others gave attendees advice on topics like art, technology and media; how to love the skin you’re in; how to break into the industry and more.

Some of South Florida’s resident superstars were also on-hand for the panel discussions including Felecia Hatcher of BlackTech Week, Zoe Terry, the 10-yearold CEO of Zoe’s Dolls, Brian Brackeen, founder and CEO of Kairos, Simone Hylton of Natural Trendsetters, etc. The conference also included movie screenings and April Racquel also gave a memorable performance at the end of the conference.

Miami’s own A. Randolph and the S.M.A.S.H Room Project literally smashed their performance at the opening night party Friday, while attendees danced the night away.

On Saturday, the masses converged on the Hard Rock Stadium to enjoy the concerts as well as an array of vendors selling food, art, fashion, jewelry and other goods. Marcille had her new eyewear line on display, which was designed by Miami native Tiffany Williams.

Betty Wright didn’t disappoint during her set, combining her powerful voice with a surprise guest appearance from the Junkanoos.

On Sunday, Common turned up the heat when he brought the Single Diva Rachel from Miami on stage and rap-serenaded her with a freestyle that included the answers to all of the questions he asked her during his set.

LL Cool J went into the crates and seemed to perform every hit song he ever made.

Another notable highlight occurred when Miami Gardens Mayor Oliver Gilbert awarded Jaden Pinder and Alex Hibbert from Moonlight, and their drama teacher Tanisha Cidel with keys to the city.

Many attendees said they enjoyed themselves and were looking forward to next year.

“This is the city in which I was raised. I feel like its my obligation to come back and give back,” said rapper Flo Rida, who made a surprise guest appearance.

Lisa and Harold Barton are Miami Gardens residents who said they’ve come to the festival every year since it first began.

“It’s wonderful. We come every year,” Harold said. “We love the performances. We’re proud to see how it’s grown. We thank Mayor Gilbert very much for bringing this to our city.”

“We are never disappointed,” Lisa added. “We love old school … My favorite was Betty Wright thus far. “Before we used to be way up there (in the platinum seats), but you get more of a feel in general admission. Back here no one is afraid to get up and dance. You can do you.”

“When I say Jazz In The Gardens 2017 owes me absolutely nothing … I’ve been going since 2011 and last year I was disappointed with my experience. I decided to give it a try this year and I had a stellar experience,” Wiliams posted.

“As always, I had a great time at South Florida’s premier outdoor music festival for Black and Brown folks to enjoy. For me, it has become the must do event of the year where you know you’re going to hear great music, see old friends , taste new foods and get an eye full of fashion,” Dawkins wrote.

Please visit www.sfltimes.com to view the Jazz in the Gardens Photo Gallery and other coverage.