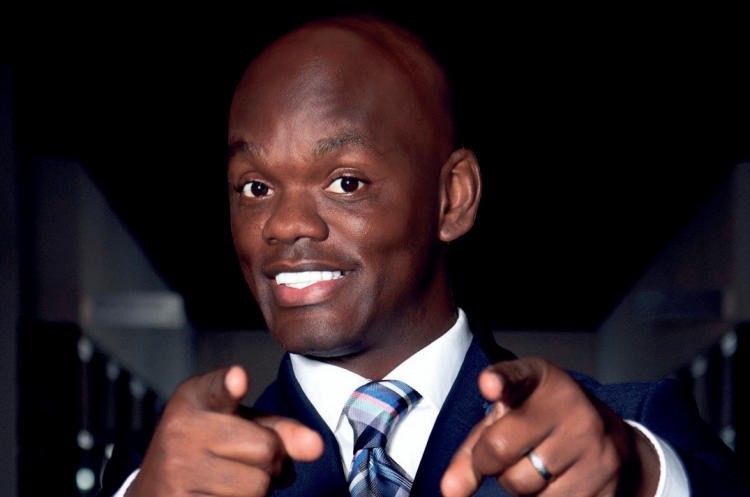 At issue is whether the proposed flyover could hurt businesses and cost people their jobs in the area. Opponents say the project could make it difficult for motorists to reach the business community by taking away the easiest routes to get there. Some business owners fear they would have had to relocate to make way for the flyover.

FDOT’s proposed project is to widen HEFT from Campbell Drive to south of Palm Drive on U.S. 1 and to build the flyover above U.S. 1 and Palm Drive.

McGhee said a bypass could lead to big decline in business and sales and unemployment for many people in his district which includes Homestead and Florida City. He said if the project was built as proposed, the tolled flyover would run down the center of U.S. 1, above Palm Drive, where it would continue south of Palm Drive for about 1,800 feet before returning to ground level.

McGhee sponsored a resolution opposing the flyover project during a county meeting and got support from the Governing Board member of the Miami-Dade Transportation Planning Organization (TOP). McGhee said FDOT ceasing the flyover is a big victory for his district.

"I am beyond we defeated a plan to build a job-killing bridge that would have cost jobs and had a negative impact on the community," McGhee said. "The bridge would have run straight through the business area of South Dade to widen the Homestead Extension of the Florida Turnpike. For decades, projects like this have destroyed businesses and communities. Not on my watch."

When FDOT presented the plans in October during several public hearings, McGhee, Wallace and business owners objected to the flyover. McGhee then offered three ideas for FDOT to consider to ensure the project won’t cause an adverse impact to his district. They included develop project alternatives to addresses the concerns and needs of the community; work with TPO’s executive director to develop these alternatives, as well as garner input from the community; and come back with the TPO Governing Board within three months to provide an update on potential new project and timeline to develop the project.

“This approach will ensure that the funds are kept here in Miami-Dade County while we work to try and find a solution for this project,” McGhee said.

Ivette Ruiz-Paz, communications manager for FDOT and FTE, told the South Florida Times the department canceled the flyover project in the light of the concerns from the community during the public meetings. She said the agency will work with the community to come up with other alternatives to reduce traffic congestion on the Turnpike.

"While the project as described at the public hearing meets the transportation needs of the State Highway System and minimizes environmental impacts, we understand and appreciate the concerns from the public delivered during the public hearing," Ruiz-Paz said.

"We value the need for an ongoing dialogue with community members – including the area’s business owners.

For this reason, the department has suspended activity to further develop the Turnpike ramp over Palm Drive and US 1 intersection and looks forward to working with the community to consider other alternatives that could address some of the safety and operational needs of the area."

Ruiz-Paz said the project was designed to alleviate trafﬁc congestion by giving motorists more options for travel; to improve safety and accessibility; and enhance emergency evacuation and response. She said the FTE has observed recurring weekend trafﬁc backups onto the southbound highspeed travel lanes due to the volume of cars at the Palm Drive and U.S. 1 intersection.

Wallace thanked McGhee, residents and business owners in District 9 for standing with his city in opposition to the flyover. He said the flyover would’ve ravaged his business community and left many people jobless.

"I would like to take this opportunity to thank all of the good people of South Miami-Dade that stood with Florida City in opposition to the infamous flyover project formally planned for our community," Wallace said in an open letter to the community. "This project had it been built would have simply devastated many businesses and resulted in the loss of over 100 jobs. I am proud to say that thanks to the combined voices of all that spoke up during the public hearings, this project was taken off the boards."

The plans were the latest for FDOT’s ongoing construction for HEFT to alleviate trafﬁc congestion on the Turnpike. In 2019, FDOT built three new ramps to HEFT from 1-75 and 75 Express.

It spans 48 miles along a north-south axis and supplements the 265-mile mainline to form the complete 309-mile Turnpike.

Travelers from northern parts of the Turnpike Extension can continue south along US 1 to the Florida Keys or the Everglades National Park. This point also marks the beginning of the HEFT’s hidden designation of State Road 821.

Between Florida City and Cutler Bay, the HEFT acts as an alternative highway for the communities along US

1. The ﬁrst 16 miles of the tollway are located within mostly new residential developments that were constructed after Hurricane Andrew destroyed most of the area in 1992.

Some farms line the rest of the stretch. The ﬁrst interchange northbound is Campbell Drive / Southwest 312th Street in Homestead, which allows travelers to access the Homestead Hospital and the Homestead-Miami Speedway.

Previous post Premature birth awareness Alphas, March of Dimes give it a boost