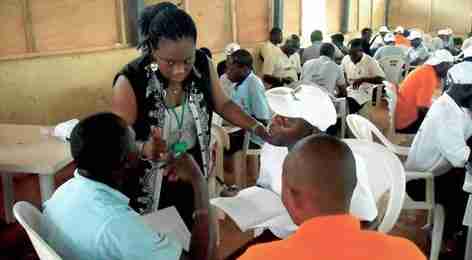 Varying degrees of conflict exists in every facet of life – professionally and personally. But not everyone is equipped with the skills to effectively de-escalate tensions significantly enough to allow real solutions to be embraced. Priscilla Dames is equipped not only to provide expert assistance and guidance to organizations large and small throughout the nation; she has also taken her smooth ability to help people see others’ points of view while gaining deeper understanding of their own in more contentious settings, like with ex military.

While she has a natural talent for helping others re- solve conflict, Dames began her career as a teacher. It wasn’t long before her skills had her being summoned from the classroom to help settle issues, unwittingly setting the stage for a career in conflict resolution.

“I’ve felt very strongly about social injustice since I was very young, in high school. I was very adamant when people were treated unfairly because they were different,” Dames explained. “My father was a Baptist minister and pastor of a church. My mother has always been very much a Christian women.”

After graduating from Ball State University, she moved to Miami and began teaching elementary school in an affluent area of South Dade.

“I was shocked by the disparity between black and white students that I taught,” she shared about the black students who, despite coming from the middle class Richmond Heights area, still lagged behind their white peers. “Not just in the scores, but so many things,” she shared Her approach to teaching her students impacted her as a parent, as a woman and as an entrepreneur. “One of the things that I recall putting up on the wall was ‘think big.’ If you think big, you will do big. Even though I put it there for my students, I think that affected me too because I’ve never had a problem thinking big myself,” she explained. “When you look at something every day, you internalize it.”

She said her experience within the school system greatly informed her approach to conflict resolution.

“When you talk about conflict, it’s not just about physical fighting and violence. It’s also about the disparities and injustices that are going on in our homes, community and the government,” she said.

The powers-that-be noticed. “I was being borrowed from the classroom so often,” she explained about what essentially became a consulting business. “There was no Wingspan but I was already doing consulting work, conflict resolution in reading, in African American studies.”

Dames did consulting work for many years before being discovered by the Anti-Defamation League. Former Miami-Dade Commissioner Barbara Carey-Shuler and the late community activist and funeral home owner Athalie Range “put me on the Black Affairs Advisory Board,” where she eventually became chairperson. Her work as a consultant led to work as a trainer and she launched her business, Wingspan Seminars, LLC, before she left the school system.

In addition to providing training, prevention and intervention services to companies and organizations throughout the nation, Dames has also worked with 128 former members of the Movement for the Emancipation of the Niger Delta doing what she called her “dream job.”

What was initially planned as a “two week training turned into a year and a half project in Africa,” said Dames, who is a part of the national and Florida state crisis teams and a nationally certified crisis trainer.

The training Dames offered came under the country’s amnesty program aimed at restoring normalcy to the violence-wracked Niger Delta region.

“My training focused on making them understand that their fight is valid but they must learn how to get what they want without killing.”

Although she is still involved in conflict resolution, her work in recent years is centering on a different kind of conflict.

“Seeing how women have internal conflicts. They could be wonderful, trained, with credentials,” she explained about many of the women she encounters. “But the lack of self esteem and jumping out there and doing what you want to do” is an issue for many who experience what Dames referred to as “internalized conflict.”

“As the past Chair of the Miami-Dade Chamber of Commerce’s Women’s Business Council, Priscilla Dames has been a fearless advocate for women in business. She’s done so by creating more supportive networks for women and helping to lead them to greater resources and opportunities,” said Fleuranvil, CEO of Blueprint Creative Group.