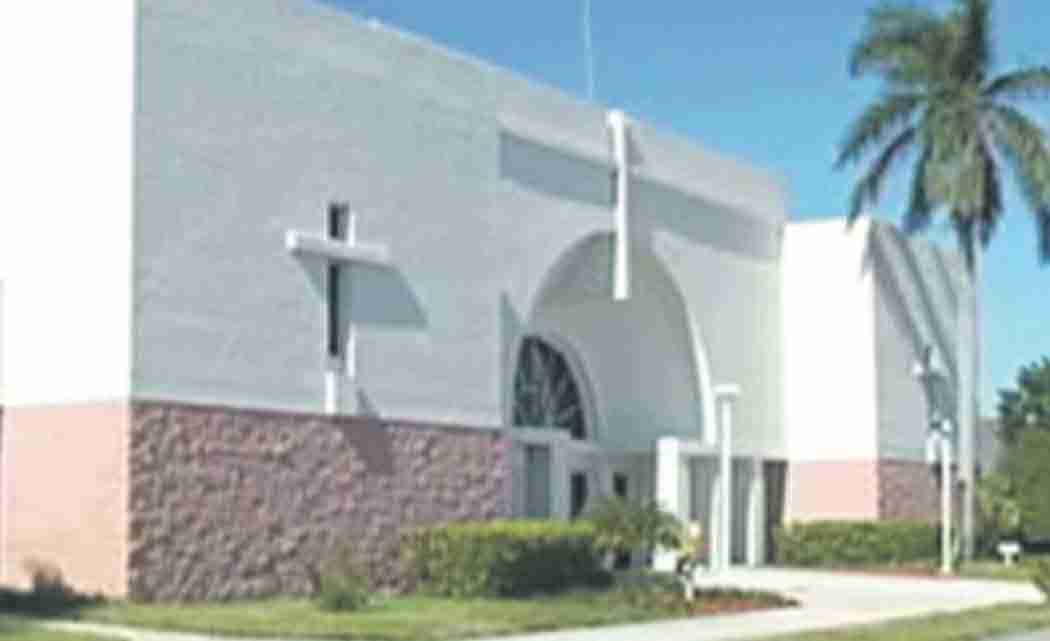 WEST PALM BEACH — The nation’s economic downturn and its impact on Redemptive Life Fellowship has led to the church defaulting on its mortgage and being on the verge of a foreclosure action, senior pastor Bishop Harold C. Ray said.  Ray, who is also the founder of Redemptive Life, said the church is in a default scenario owing $230,000 in back mortgage payments, which has in turn led to an accelerated balance request from the mortgagers of $3.3 million.

Redemptive Life Fellowship is located at 2101 N. Australian Ave. in West Palm Beach.  Established in 1991, the 46,200 sq. ft. church complex was designed to be a multipurpose center providing space for community meetings and conferences, as well as other uses and which housed an elementary school for many years (1994 – 2011), according to Ray.  The building was constructed for $5.8 million, he said.

Ray says programs may have to be suspended and the church will most likely face foreclosure proceedings without contributions from the community because the internal support from its congregation is insufficient to meet the demands of the community, operational expenses and the mortgage.  “The financial difficulties are simply because we’re located in the two largest below poverty zip codes other than the western Glades population in all of Palm Beach County,” he said.  “The demand continues to increase (for services) to which Redemptive Life has attempted to respond out of its internal support base and membership constituency.”

According to Ray, Redemptive Life has cut some programs, downsized its staff significantly and has put a portion of the church’s land on the market but financial difficulties still persist.  He said the church has raised about $40,000 but the monthly mortgage payments alone are $29,000.  The mortgagers are very much on the verge of filing a foreclosure action, Ray said.  “If we raised roughly $250,000 right now, then we would probably be current,” he said.  “And even then, if they want to accelerate (the balance due), it would be a little difficult because there (would be) no debt.  We would have a balance but no deficit.”

Redemptive Life has a roll membership of about 1,500 and an active congregation of about 300 – 350 members who basically support the church financially, Ray said.  He added that the church has never received any state or federal funding but some community service programs that the church supports were funded by local grants.

The church has tried to underwrite its community service programs internally but the economic downturn has made that more difficult in recent years, Ray said.  “We feed over 2,000 families a month through our food bank,” he said.  “We have numerous requests for assistance each month relative to anything from light bills to persons who have been victims of domestic assault, things of that nature.”

The Urban League of Palm Beach County has supported various programs in conjunction with Redemptive Life as well, according to Ray and Urban League president and CEO Patrick Franklin.  Franklin’s organization routinely provides foreclosure counseling to its clients.  He said that exploring all alternatives is paramount to maintain the church because the foreclosure process usually takes time.  “It all depends upon your lending institution and the terms of your mortgage, and your agreement how flexible the bank will be with you,” Franklin said.  “Sometimes it’s just a matter of refinancing the interest rate, but every situation is totally different.  Each situation has its pros and cons.”

A foreclosure action may lead to an elimination of community service programs, which have become one of the cornerstones of the church, according to Ray  He said that many of those services are run through the church’s non-profit agency, which has also had controversial financial issues in recent years.

Reportedly, the Redemptive Life Fellowship Urban Initiative Corp. partnered with the city of West Palm Beach to develop affordable housing for the Coleman Park area and failed to follow federal grant guidelines for utilizing funds to complete the project.  An investigation into the matter in 2011 by the city of West Palm Beach revealed the discrepancies.  “All of the allegations (concerning) HUD were totally erroneous,” Ray said.  “We were cleared by the inspector general two years ago after a 30 day inquiry into all finances.”

West Palm Beach spokesman Elliot Cohen said the city no longer has any relationship with Redemptive Life Fellowship Urban Initiative Corp.  “The homes that were supposed to be constructed were built.  The issue has not been the fact that the homes weren’t built,” he said.  “It has been that paperwork tracking that use of HUD money was not properly done by Redemptive.”

Cohen said that the city did receive paperwork from the non-profit but it was not complete and did not account for all of the grant money.  “HUD originally estimated that $3 million was not properly documented by Redemptive (Urban Initiative Corp.),” he said.  “We were able to cut that amount in half by working with HUD and going over the paperwork.  The remaining, $1.5 million, is what HUD says needs to be recovered.”

Ray said that no money was ever missing concerning the federal grant for the Coleman Park affordable housing project.  “There’s never been a dime of missing money.  The only thing that’s missing is city records,” he said.  “We built 31 homes.  Some of that we built with our own credit line.”

Ray said the church isn’t looking for handouts but if anyone is thinking about giving charitably, he is asking that Redemptive Life be considered.

For information or to make a donation visit: www.gofundme.com/RedemptiveLife.