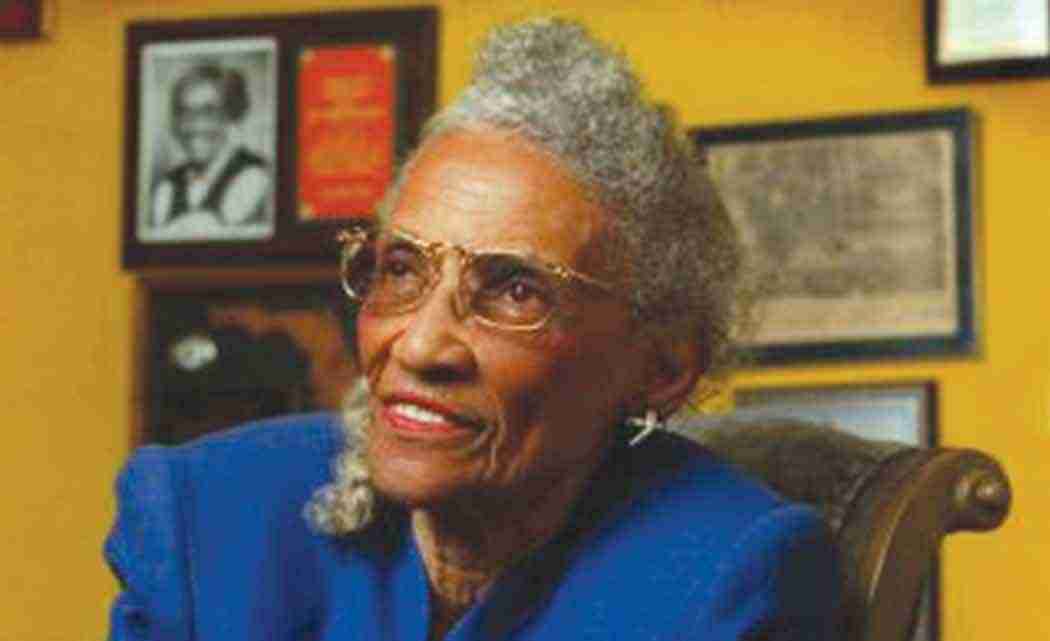 I am not alone among those who have often thought that in our capital cities, our parks and public spaces, with so many statues of military heroes, there surely should be a prominent monument to the everyday heroism of single moms. None more so than the least protected and provided-for moms, of all the stalwart descendants of those tormented souls who endured and survived the centuries-long nightmare of slave ships and slavery which built this nation.

With such a history and heritage, it is, paradoxically, both unsurprising and extraordinary that some of these heroines would find a way to rise far above daunting odds to survive and raise families. And it’s even more remarkable that they would become powerful leaders and exemplars, touching thousands of souls, and leaving legacies that continue long after their earthly sojourns have ended.

Such an extraordinary heroine was Miami’s own much-beloved, late community matriarch, M. Athalie Range, whose career – through economic depression, war, and Jim Crow segregation – took her on a meteoric rise from cleaning railroad cars to becoming an ardent community advocate, political leader, governor’s cabinet member and advisor to the president. Her accomplishments were due to her unique gifts of intelligence, diligence, integrity and the courage to “speak truth to power” as an eloquent voice of the voiceless and the oppressed; while never forgetting her roots.

These achievements become all the more extraordinary because they were achieved while she was a mother and successful businesswoman.  Her multiple roles became far more challenging when her husband Oscar, who helped to integrate Crandon Park in 1959, suddenly died. As a newly single parent, she had to attend mortuary school to learn the skills required to continue the business he founded.  Her artistry in the craft would become a local legend, and Range Funeral Homes would become one of Miami’s most successful businesses.

Mary Athalie Wilkinson was born November 7, 1915 in Key West, Florida, to Bahamian Catholic parents, and was baptized in St. Mary Star of the Sea Church. When the once easy and familial harmony of that southernmost city was suddenly disrupted by an alleged crime and a rumor which led to a silent march by the Ku Klux Klan through Key West’s black community, her father decided then and there to move his family to Miami while she was still a preschool child. The move set the stage for one of South Florida’s greatest lifelong performances following her graduation from Booker T. Washington High School.

The full catalogue of Mrs. Range’s achievements and legacies over the course of the 100 years since her birth, large and small, none unimportant, in her numerous leadership and advocacy roles and in her direct personal assistance to so many individuals would require a minimum of a full length book.

Indeed, few will forget the force of her demand, on behalf of all parents, to the Dade County School Board for improvements to its black schools. She had a hand in bringing school integration to Orchard Park Elementary, personally escorting her son Gary. She singlehandedly improved trash collection in the black community. And she answered countless calls from distressed parents whose children had been arrested or faced some other difficulty which required her intervention.

Yet, even after a lifetime of contributions to the community that she helped to shape, another challenge awaited her, about which she did not think long before accepting the charge. Although in her eighties, she led the effort to reclaim and restore Historic Virginia Key Beach Park, Miami’s onetime only official “Colored Beach.” Because new plans were well underway for private development of an exclusive resort on a site which the African-American community courageously fought for, the situation was urgent.

She alone had the reputation and respect that would command the attention of City and County commissioners alike, and could garner the massive grass-roots support from an impressively diverse coalition of organizations and individuals that was needed for the history-filled treasure that had been closed for more than two decades.  It was her typically calm-but-passionate appeal for social justice that facilitated the leadership of late City Commissioner Arthur E. Teele Jr. and former County Commissioner Barbara M. Carey-Shuler in convincing their colleagues to save and restore the park for future generations and to provide funding for the forthcoming indoor/outdoor museum at the site.

Although Mrs. Range did not live to see the complete fruition of her dream, having passed away shortly after her 91st birthday in 2006, the legacy of her efforts still thrives vibrantly at one of the most popular parks in South Florida. The untold story of the many lives she touched and continues to touch with her encouraging words and uplifting generosity will continue forever.

She was truly, to quote another stellar single mom who would know, the late Maya Angelou, a “Phenomenal Woman,” for the ages.