The history of Officer John Milledge should be retold 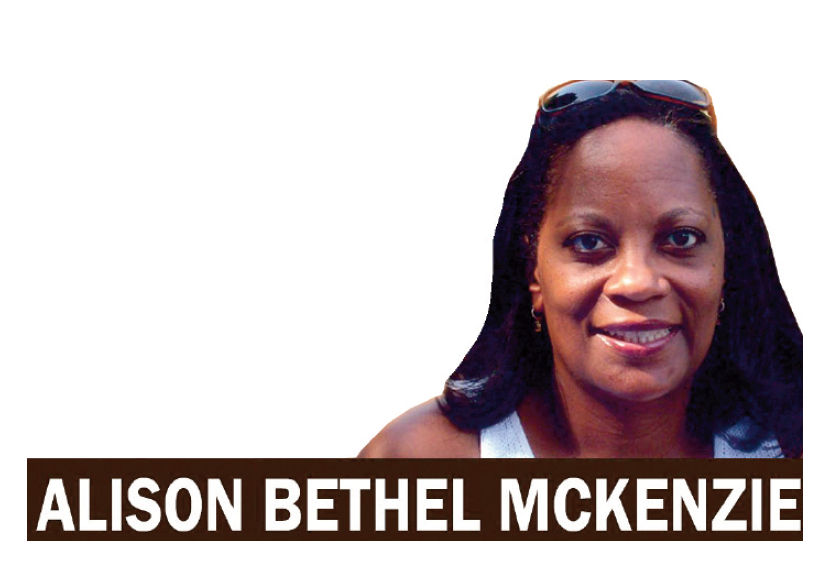 I have never been able to shake the image of John Milledge standing proudly in his police uniform of starched white shirt and bowtie with perfectly tailored black pants, his baton hanging down the side of his left thigh.

Whenever I come across the portrait of one of the City of Miami’s first black police officers I am reminded of the great segregation that existed in my hometown, despite the state’s reputation as a safe harbor for runaway slaves.

Today I’m going to tell you a story. Some of you may have heard it, but I am willing to wager that many of you have not.

On May 6, 1898, John Milledge was born in the very small town of Bamberg, South Carolina. At age 27, he married 17-year-old Edna. In 1939, the Milledges moved to the new Liberty City Housing Project at N.W. 14th Avenue and 62nd Street. The Liberty City Housing Project was built as part of President Teddy Roosevelt’s New Deal and was the first public housing project for blacks in the southern United States.

Today, the Liberty City Housing Project is known as Liberty Square – and also by some as “Pork and Beans.”

It was this housing development for which Milledge served as an auxiliary police officer in 1942. In this position he patrolled the 243 single-family units that made up the complex. He must have made an impression because in 1944, he was hired by the City of Miami to patrol the “Central Negro District”. He was one of five black men to have the distinction of being hired as the first full-time black police officers for the city.

According to the Black Archives History and Research Foundation of South Florida Inc., the City of Miami police department trained the five black officers in secret at the housing project’s recreation center for fear of backlash at their appointment. The officers were sworn in on Sept. 1, 1944.

Despite the milestone, the five officers – Milledge, Ralph White, Clyde Lee, Ed Kimble and Moddy Hall – were not given patrol cars, but had to ride bicycles on patrol and were only allowed to patrol black neighborhoods. They also were not allowed to arrest white people. The Black Archives History and Research Foundation of South Florida Inc. also maintains that while the five officers wore the same uniform as their white counterparts and were paid the same($183 a month), they were not protected by the union and did not receive pensions or other retirement benefits. Indeed, the Jim Crow of the South was in full force.

Imagine the black patrolmen making arrests and having to walk criminals to the courthouse or ride them on the handlebars of a bicycle?

The Black Police Precinct & Courthouse Museum says the black police officers used the office of a local dentist as their headquarters and later an apartment in the “Central Negro District.”

Milledge did not live long enough to see the establishment in May 1950 of the nation’s first station house for black policemen at 480 NW 11th Street and a courtroom exclusively for black judges to try black defendants.

“This building [the black station house and courtroom] is unique as there is no other known structure in the nation that was designed, devoted to and operated as a separate station house and municipal court for blacks,” according to the Black Police Precinct & Courthouse Museum. The precinct was integrated into the main Miami Police Department in 1963.

Milledge was not present for the opening of the black precinct, and could not witness the 41 black officers that made up the Miami Police Department when the precinct opened. Two years into his service as a police patrolman, he was gunned down in the     line of duty.

The story goes that he was patrolling outside a stadium when a group of boys tried to sneak into the stadium to watch a game. With his baton in place, he ran the boys, allegedly hitting them with the baton in the process. Furious, the boys headed to the home of one of the boys and got a .22-caliber rifle. When they returned to the stadium, they found Milledge and one of the boys, a 17-year-old known as “Fats,” who had a distinctive wandering eye, pointed the rifle at Milledge and fired. The bullet struck Milledge in the throat; he died at Jackson Memorial Hospital at the age of 46.

Milledge would become the first black Miami police officer to be killed in the line of duty. There is a plaque with his name in the lobby of the Miami Police Department and his name is inscribed on the National Law Enforcement Memorial in Washington.

But the story doesn’t end there.

The teen that shot Milledge fled Miami the day after the shooting and it would be 43 years before Miami police working on the cold case file would find the shooter in Harlem, New York. When they did find him in 1989, according to a New York Times article dated February 17, 1990, Leroy Strachan, 61, admitted to killing Milledge on Nov. 1, 1946.

Strachan was charged with first degree murder. He served 19 months in pre-trial detention and was then released. He died on Dec. 24, 2008.

When I think of Milledge and the other four black patrolmen, I think ‘hero’ and the type of people whose names should be mentioned during Black History Month. Their stories should also remind us that there is still work to be done in the City of Miami Police Department and, indeed in police departments across the state, in terms of the promotion of blacks to senior-level positions and the number of police officers on the streets in comparison to the racial breakdown of minorities in the community.

The battle for black officers is not over, and our resolve should be stronger than ever to make sure we are represented – at all levels – in law enforcement, not just during Black History Month, but every day of the year.

Previous post The CBC is gaming the nation's African-American vote