Time for Congress to address public health threat of Zika 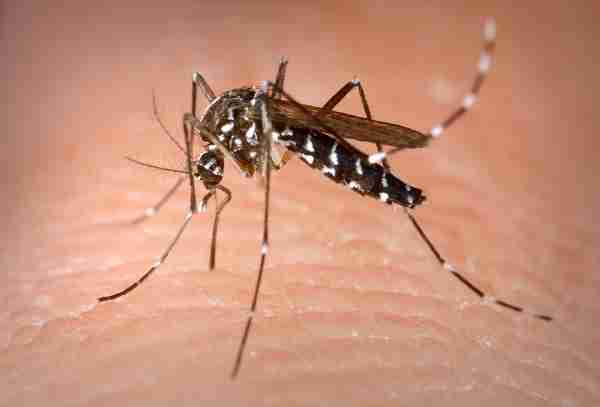 Many of us have heard of Zika virus, but not everyone is aware of the clear and present danger that it still poses. The virus, having traveled north from Brazil, has found its way into our backyard. There have been almost 40 locally-transmitted cases of the virus reported so far, with a new zone of active transmission confirmed now in Miami Beach. This development, along with reports of Zika traveling to new countries in the Caribbean, proves that the virus could easily morph into a much broader public health threat if it is not taken care of effectively and swiftly.

Recently, Hillary Clinton visited Borinquen Health in Midtown to discuss the urgent action required by Congress. She urged Congress to return for an emergency session to pass funding to prevent the possible spread of Zika throughout our state, and the country. I was honored to be part of a small group of medical professionals who briefed the Secretary during her visit.

As a doctor, professor of infectious dis- eases at Florida International University, and an adviser to the World Health Organization, I could not agree more that Congress needs to act – and act now. We know enough about Zika to understand that it poses a real threat to pregnant women and our community. While Zika’s symptoms in adults usually range from mild to non-existent- only causing serious problems in about two percent of adults, the threat to pregnant women is very real and profoundly serious. The virus threatens major birth defects that can seriously jeopardize a baby, including but not limited to microcephaly. This, combined with its ability to be passed through sexual transmission, is a cause not for panic, but for action.

At the local level, doctors and health officials are taking as many precautions as they can to ensure that Zika does not become a larger phenomenon. However, with federal funding from the federal government, much more would be possible. Additional measures could be taken, such as developing a rapid point-of-care diagnostic test for Zika exposure that works beyond the first few weeks, supporting mosquito control, expanding our research into the connection between Zika and other conditions, and even potentially developing an effective and safe vaccine and treatment. In fact, many are unaware that ideas and trials for a Zika vaccine exist. However, they still need funding in order to get cleared for safety and efficacy.

For these reasons, I echo Secretary Clinton in asking Congress to return to Washington and pass emergency funding to fight Zika, while we still have an opportunity to effectively and quickly contain this virus. While some members of congress on both sides of the aisle are recognizing this need, sadly, her opponent, Donald Trump, is under the impression that Zika virus is “under control in Florida,” which, despite heroic efforts from the Florida Department of health and mosquito control, couldn’t be further from the truth.

The opinions expressed in this article are those of the author and do not necessarily represent those of Florida International University, the World Health Organization, the Department of Defense, or any other organization that she may be affiliated with.