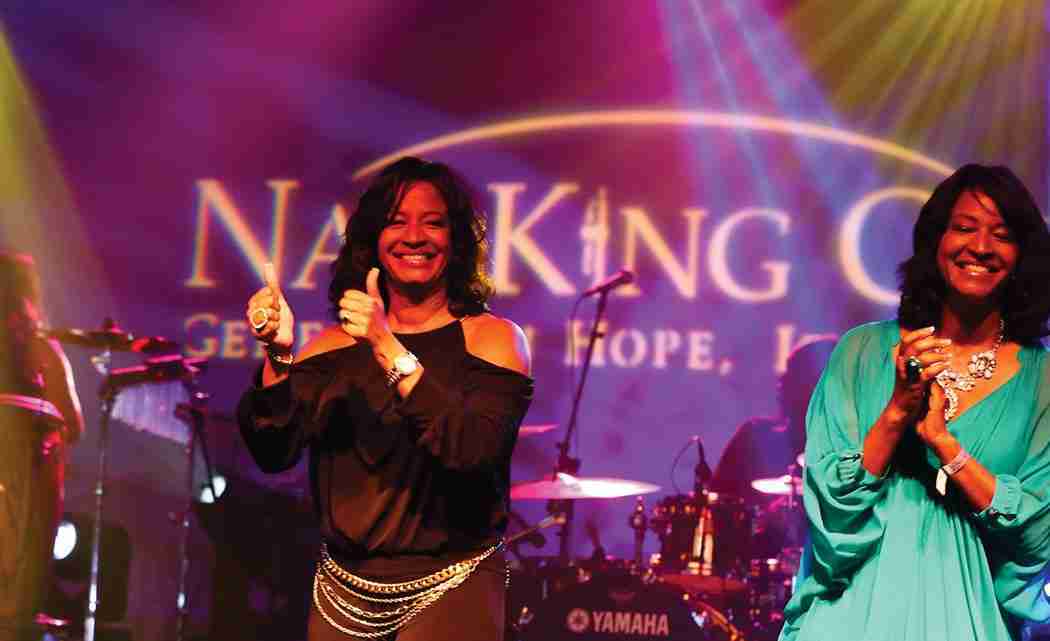 With funding for music programs at public schools dwindling, it has become more difficult for children to explore the gift of music.  To combat the growing problem, the twin daughters of legendary crooner Nat King Cole, Timolin and Casey Cole of Boca Raton, formed Nat King Cole Generation Hope to honor the legacy of their father.

Since its inception in 2008, the nonprofit organization has raised more than $750,000 for children in schools in Palm Beach, Broward and Miami-Dade counties. The funds are used to supply instruments, underwrite after-care programs, support mentoring programs, fund instruction as well as collect and refurbish used instruments.

“Our family history is one of musical excellence and charitable giving,” said Timolin Cole. “Our father was a trailblazer in the music industry and will live forever through his style, grace and unforgettable music.

“Our mother Maria, also an entertainer, sang with Duke Ellington and was known for supporting multiple causes throughout her life,” Timolin Cole added.  “By giving students the opportunity to enhance their musical talents and abilities, our family’s legacy lives on.”

This year, Nat King Cole Generation Hope partnered with the VH1 Save the Music Program to sponsor the Keys + Kids Program through funds rose at its annual Generations Concert.  VH1 Save The Music launched the program two years ago in response to the growing need for high-quality, functional pianos in public schools and to provide even more students with a safe and inclusive community to be outstanding through the arts. Keys + Kids grant winners receive a package valued at $10,000 worth of equipment to support their music and arts program.

“We believe that every child should be exposed to music education,” said Casey Cole. “Research has proven that access to a quality music education engages students in the classroom and increases graduation rates; improves early cognitive development, math and reading skills; enhances learning in other core subjects; develops critical thinking and leadership skills and fosters self-esteem and the ability to work cooperatively in teams.”

The 10-time Grammy Award winning entertainer had the crowd on their feet while performing such hits as Give Me the Night, On Broadway, and Breezin.  A pre-concert reception featured performances by students from the Nat King Cole Generation Hope Summer Strings Camp and the Guitars Over Guns Operation After-School Program.  There was also a silent auction with proceeds benefiting the organization.

A percentage of proceeds from the Generations Concert will also continue to underwrite the Nat and Maria Cole Memorial Scholarship that goes to a deserving high school senior who has chosen to major in music in college. Another recipient is the Nat King Cole Generation Hope Summer Strings program at Lynn University, which provides intensive string instruction for up to 100 children with the greatest need and fewest resources each year.