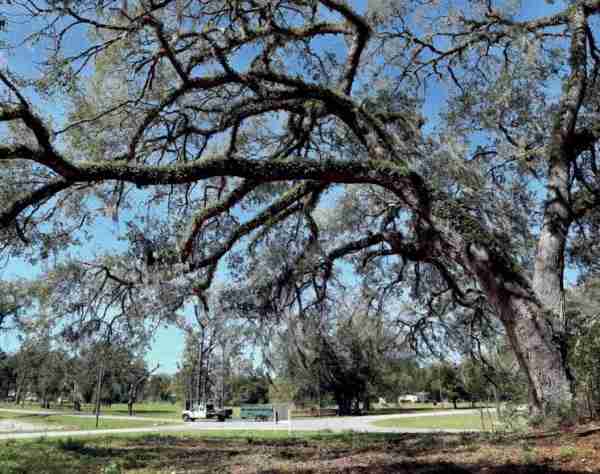 Newberry, Fla. (AP) – Newberry residents will take another step in unearthing the truth and reconciling with the murder of six blacks at the hands of a white mob in 1916 when they dig up some soil from under the broad canopy of trees known as Lynch Hammock.

The jars will be taken to the National Memorial for Peace and Justice in Montgomery, Alabama, as part of the Community Remembrance Project. The goal is for Newberry to fully acknowledge and heal from the racial terrorism in its history, most notably the lynching of the Newberry Six.

In a proposal for the April 4 event, Newberry residents and Mayor Jordan Marlowe wrote that they want to expand understanding of the town’s history to include a truthful assessment of the mass lynchings that occurred.

“The circumstances of this lynching have been denied, misunderstood and locked in a literal `oath of silence’ for over a hundred years,” they wrote. “The members of our committee have rejected that oath, which was never taken by any African-American members of our community to begin with. We believe that where our history is concerned, there is no such thing as a partial truth.”

The group added, “We must acknowledge the entirety of our history, including this perverse and hateful event, if we are to have any truth in remembrance at all.”

The memorial and the Legacy Museum were created by the Equal Justice Initiative. They show how repercussions of racism are felt in today’s laws and policing practices that resulted in mass incarceration. Other effects include disparities in education, health and home ownership.

A monument for each county in which lynchings occurred hangs at the museum. Counties can bring them home through truth and reconciliation projects that include soil collection, historical markers and other actions. Alachua County is engaged in doing just that.

EJI’s soil collection aims to bring community members closer to the legacy of lynching and help make the history of racial injustice more visible across the American landscape, according to its website.

Jars of collected soil are on exhibit in the Legacy Museum.

Representatives from EJI will be at Lynch Hammock, on County Road 235 at Newberry Lane, for the soil collection, which Marlowe believes will be a solemn event.

“The tree that we will use, we can’t prove that any lynchings happened at the tree but it is at the corner of Lynch Hammock and we absolutely know they happened in the area,” Marlowe said. “As far as we can tell, we are the first city in the state to form a partnership with EJI for soil collection. I want to invite people to sit in Lynch Hammock and reflect on the fact that the last time that people gathered in Lynch Hammock it was for a diametrically op. posed reason.” Historical accounts say the Newberry killings began when an African American man named Boisy Long was accused of stealing some hogs. Dr. L.G. Harris and Constable George Wynne tried to arrest Long, but he allegedly fired at both men, fatally wounding Wynne, and then fled. Harris was shot but survived.

The Newberry Six were killed because authorities believed they helped Long flee.

Josh Baskin and Andrew McHenry were jailed and then lynched after a mob got them out of the lockup.

Long was later apprehended and convicted of murder. He was executed Oct. 27, 1916.

Newberry last year erected a state historical marker with information about the lynching at Pleasant Plain United Methodist Church in the Jonesville area.

A busload of county residents, mostly from Newberry, visited the museum and memorial earlier this year.

Students can write essays or create works using music, literature and other arts to address the ramifications of the Newberry Six. Winners will present their work at the soil collection ceremony.

The marker, trip, soil collection and contest are all part of Newberry’s truth and reconciliation mission.

The process “will allow communities to gain perspective and experience that we believe is crucial to managing the monument retrieval process wisely and effectively,” Cordes said in an email.

Patricia Hilliard-Nunn, senior lecturer in the University of Florida African American Studies Program, who has spent years researching the Newberry Six lynching, said area residents are now gaining a consciousness of the racial terrorism that was not uncommon here.

Descendants of the lynched and the lynchers still live in the area. It is hoped that both can accept what happened and work toward reconciliation.

“The soil collection can put those spirits to sleep,” Hilliard-Nunn said. “It’s a way we can stand with people throughout this nation and say, `This happened, it’s wrong, we’re not trying to live in the past but at this point we want to move forward and make sure it never happens again.”’