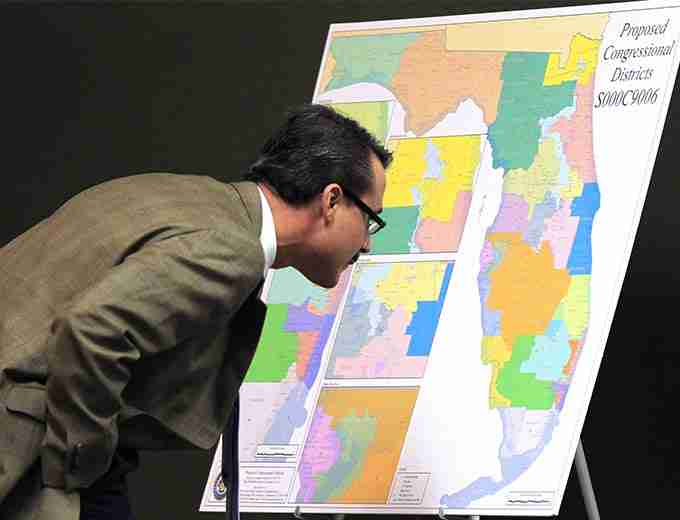 TALLAHASSEE (AP) — Republicans, who control the Legislature, said Tuesday that they will not appeal a landmark ruling that found that the state’s map for congressional districts was unconstitutional.

But Senate President Don Gaetz and House Speaker Will Weatherford said in a joint statement that they want to postpone drawing a new map until after the 2014 elections.

Gaetz and Weatherford said changing district boundaries now would cause problems for this year’s elections. They noted that absentee ballots for the state’s Aug. 26 primary have already been sent to overseas voters.

“Any attempt to change the districts at this late stage of the 2014 elections process would cause chaos and confusion and would threaten the rights of our deployed military voters,” the statement says.

The landmark decision comes in the first serious test of the “Fair Districts” constitutional amendments adopted by the state’s voters in 2010. Those standards said legislators could no longer draw up districts to favor incumbents or a political party, a practice known as gerrymandering.

The first district that Lewis ruled invalid is a sprawling one, stretching from Jacksonville to Orlando. U.S. Rep. Corinne Brown, a Democrat, holds the seat. The second is a central Florida district. The seat is held by U.S. Rep. Dan Webster, a Republican.

The legislative leaders’ statement noted that Lewis did not find several other congressional seats invalid and even stated that other districts could remain intact.

But it will be up to Lewis now to decide whether to let the Legislature redraw the maps. His ruling last week did not specify who should redraw the maps or when it should be redrawn. The coalition of groups that sued the Legislature filed a motion Monday asking Lewis to hold a hearing to figure out what should happen next. The groups argue that with the 2014 elections looming, “time is of the essence for drawing a remedial congressional plan.”

Previous post Koch brothers’ donation to the UNCF: Was this the wrong $25 million?