The biggest loser of the 2016 presidential election cycle 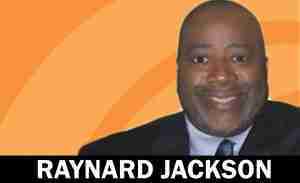 Though no votes have yet to be cast, the biggest loser of the 2016 presidential election cycle is by far the National Association of Black Journalists (NABJ).

Those who follow my columns know that I have been extremely critical of my Republican Party and our presidential candidates for rarely, if ever, engaging with the black press.

I have an equal amount of criticism for NABJ.  Make no mistake about it; they are a liberal organization, with very liberal leadership.  I have expressed my disappointment with their liberal slant both privately and publically directly to them, but somehow; the issue never seems to get addressed.

Rarely, if ever, do they have black Republicans on their various panels and we are practically invisible during their national conventions.  Over the years, I have been asked to serve on their various panels; but that was because of my personal relationships with many of their members and because I raised wholly hell with them.

I have offered for years to arrange a private meeting with NABJ’s leadership and chairman of our party, Reince Priebus, but their leadership never showed any interest.  Priebus has asked me from time to time what happened with this meeting and I had to finally tell him that the group was not serious.

So, over the years I have taken black journalists who were personal friends to meet with our various party leaders to engage in on-the-record conversations and they were well received by all involved.

These Republican leaders were surprised to find that these black journalists were not all liberals or interested in doing a slam piece; these journalists actually wrote thoughtful, fair pieces.

These black journalists were surprised to find that these party leaders were quite thoughtful in their comments about issues relevant to the black community and were also quite informed.  The problem has always been that the media deals in soundbites, not substantive conversation.

I have written several columns extolling the virtues of black media.  Why is someone like me, who is not even a journalist, advocating more for black media than the very organization that was founded to do just such a thing?

I have offered to introduce them to the various presidential campaigns, but not a peep from NABJ.  But yet they constantly complain about how Republicans ignore them.  Republicans aren’t ignoring them, they don’t know they exist.

Yet their counterpart, the National Association of Hispanic Journalists (NAHJ) has met with several Republican presidential candidates.

I just wished NABJ had guts enough to admit the obvious, that they and their leadership are in the tank for Hillary and the Democrats. Even though they won’t spend any money with them, NABJ will just be happy to have Hillary show up at their convention next summer in DC so they can brag about her attendance.

Republicans should not attend any black conventions without getting guarantees that they will have black Republicans on their various panels throughout their conventions.  If these groups don’t agree, then our party leadership should refuse to participate in their conferences.

But too many Republicans have no blacks advising them on these issues and are afraid not to attend these conventions for fear of being called “racists.”

JEB Bush and Rand Paul have spoken at the Urban League’s annual conference only to have people like Hillary and others ridicule their presence; neither Bush nor Paul had anyone to defend them after they left because no one demanded that black Republicans be represented as a condition of them speaking.  Duhhhhh!

If NABJ doesn’t want to engage with Republicans because it’s the right thing to do, then do it for self-preservation.  Why would Republican organizations like the RNC, House or Senate campaign committees buy a table at NABJ’s events if they are already in the tank for the Democrats?

NABJ has so much potential, but they value being in bed with the Democrats more than being respected as a professional organization advocating for more engagement with black media on every level.

How is in possible, in the 21st century, that a presidential campaign is underway and the black media is nowhere to be found?  NABJ should be embarrassed, but I don’t think they are even aware or simply just don’t care.

How many internships has NABJ brokered for their student members with Republican members of Congress or the Republican National Committee (RNC) in their press offices?  We have 31 Republican governors across the U.S.  How many have ever been invited to host a reception for NABJ when they are having their regional or national meeting in that governor’s state?

If NABJ can’t effectively advocate for more engagement with black journalists and Black media during a presidential cycle; then they truly are the biggest losers.

Next post Conference convenes men to discuss violence in the community