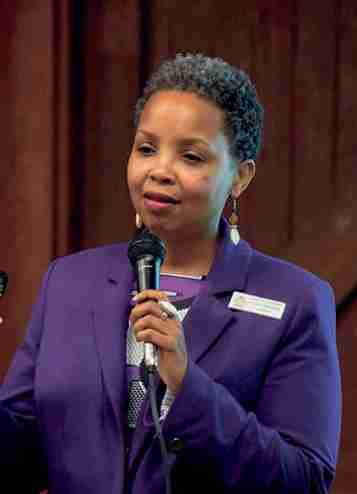 The goal of the FMU Social Justice Institute is to serve as a resource for creating and facilitating tangible reforms in order to achieve a more just and fair society, speciﬁcally targeting racial inequality and social injustice in Miami-Dade County and the state of Florida. One of the areas of focus we have identiﬁed as central to achieving long-term change is systemic racism. By deﬁnition, systemic racism is an interconnected phenomenon, rooted in individual bias, which then influences the policies of an institution, and is there replicated across multiple institutions in a society. One of the most prevalent manifestations of this is anti-Black racism. In an example, the anti-Black bias of an individual gatekeeper can mean the denial of job opportunities in various industries, or decisions by a gatekeeper to police and punish one group more than another.

Within institutions, racism is embedded as policies and practices that maintain or increase racial disparity. This manifests in the banking industry, for example, when Black loan applicants are denied at high rates, even when they have the same economic proﬁles as White applicants.

For many, the elements of systemic racism are hidden in plain sight. We take the operations of our systems and institutions for granted, taking a shared ethic of inclusion and equity as a foregone conclusion. Upon interrogation, however, we ﬁnd that many of our systems are built on policies and practices that exclude more than they include, and attitudes about institutional culture that maintain the racial status quo. One of the most poignant examples of this was Michelle Alexander’s “The New Jim Crow: Mass Incarceration in the Age of Colorblindness.” Beyond her keen observations in the nation’s criminal legal system, Alexander vividly illustrates the systemic nature of racial bias embedded within the structures of this system at every level.

Other scholars and experts have provided similar revelations of systemic injustice in other areas. In his book “The Color of Law: A Forgotten History of How Our Government Segregated America,” Richard Rothstein provides a critical look at the roots of the modern manifestation of the racial wealth gap and its origins in systemic policies exercised by the US government. His research takes the conversation about the wealth gap beyond knee-jerk assumptions about bootstrapping and the myth of equity that does not exist, to a data-driven and systemic analysis of persistent barriers to economic advancement in our society.

Alexander and Rothstein are only two of dozens of experts that interrogate systemic racism in many different arenas, as well as the stories of individuals whose lives have been changed or ended by causes rooted in racial or gender inequity. The challenge, however, has been to translate the learning from these works to the broader public.

This thinking was the genesis of the South Florida Social Justice Common Read. Achieving the ambitious goals of the FMU SJI can only be accomplished by educating, engaging, and motivating our community to demand legislation that will address the hidden barriers to true inclusion and opportunity in our region and our society. A just future can only be built and sustained when an engaged constituency has a sound understanding of the factors that have colored our collective past, and who are passionate about demanding change.

The goal of the South Florida Social Justice Common Read is to create intentional conversations that bring people of all ages together from across the region for the purpose of increasing awareness of social justice issues. The selection of Rest In Power: The Enduring Life of Trayvon Martin is a ﬁtting way to end a year that, according to tracking by the New York Times, witnessed the most protests in the nation’s history, spurred by the tragic and unjust murders of Ahmaud Arbury, Breonna Taylor, and George Floyd. This comes eight years after the murder of Trayvon in 2012, which galvanized so many across the nation in the quest for justice. After the improbable acquittal of George Zimmerman in 2013, Patrice Cullors, Alicia Garza, and Opal Tometi coined the hashtag #BlackLivesMatter, which has become the mantra of a movement that has at long last captured the hearts and minds of the nation.

Remembering the story of Trayvon Martin, and understanding the efforts of his parents, Sybrina Fulton and Tracy Martin as they work for change, justice, and healing provides the clarity and inspiration needed to work for systemic change. Their story sparked a movement, and the FMU Social Justice Institute is committed to furthering the cause.