Apple more than doubles hiring of women and minorities 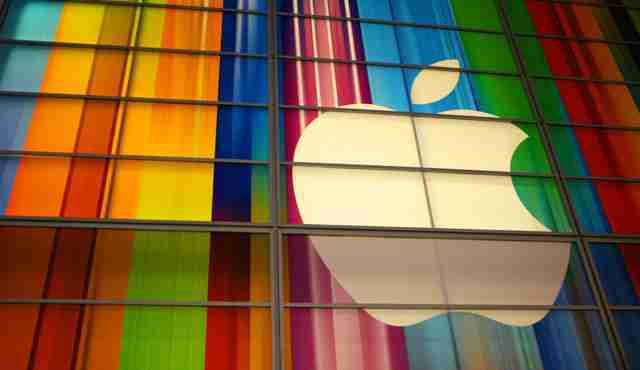 SAN FRANCISCO (AP) _ Apple says it more than doubled the numbers of women, blacks and Hispanics hired in the last year, although that barely moved the needle in terms of improving the diversity of its total workforce.

Like other major tech companies, Apple has been under public pressure to increase the number of women and minorities in a workforce that is overwhelmingly male and white or Asian. Civil rights leader Jesse Jackson has been joined by members of Congress and other critics calling for Silicon Valley firms to make their employees more representative of the population as a whole.

Apple CEO Tim Cook said in a statement Thursday that he’s proud of his company’s efforts, but acknowledged, “We know there is a lot more work to be done.”

The maker if iPhones, iPads and Mac computers issued a report Thursday that follows similar reports from Google, Facebook, Intel and other large tech companies. Most of those companies only began disclosing their hiring numbers after Jackson began pressing them to do so last year. One exception is Intel, which has been releasing diversity statistics for more than a decade.

Apple Inc. said 35 percent of its new hires worldwide last year were women, while 24 percent of U.S. hires were black or Hispanic.

As a result, Apple’s global workforce of 110,000 is now 31 percent women, up from 30 percent last year. Its U.S. workforce is 19 percent black or Hispanic, up from 18 percent. That includes employees in non-technical jobs, such as retail positions in Apple stores. By comparison, about 26 percent of U.S. workers across all industries are black or Hispanic.

Critics are especially concerned about low diversity rates among technical workers, such as computer software developers or hardware engineers, which are usually the highest-paid jobs at most Silicon Valley companies, outside top management. The number of black and Hispanic workers in Apple’s U.S.-based technical jobs increased from 13 percent last year to 15 percent this year.

The number of white and Asian technical workers at Apple also increased from 77 percent last year to 78 percent this year. The increases appeared to be matched by slight declines in the number of employees who identify as multi-racial or didn’t declare their ethnicity.

In another key category, Apple said the number of whites in U.S.-based leadership positions dropped to 63 percent from 64 percent, but the numbers of Asians, Hispanics and blacks stayed the same at 21 percent, 6 percent and 3 percent, respectively.

Cook said in a statement that he’s committed to hiring more women and minorities. He said Apple is also contributing funds to historically black colleges and programs that provide technology and skills-training to students in disadvantaged communities.

“Diversity is critical to innovation and it is essential to Apple’s future,” Cook said. “We aspire to do more than just make our company as diverse as the talent available to hire.”

In response, Jackson praised Apple for making “solid, measurable progress.” In a statement, he also applauded the company for releasing a copy of the detailed workforce statistics that major employers must report each year to the federal government. Apple and other tech companies have previously refused to make those reports public.

But Jackson said he wants Apple and other tech companies to go beyond the federal report and provide more “comprehensive” data on hiring as well as purchasing and contracting with companies owned by women and minorities. He said that would provide “a much clearer picture of what companies are actually doing.”

While Silicon Valley companies have been reluctant to disclose such information, they are publicly embracing the notion of improving diversity. Intel issued its own report this week, showing that more than 43 percent of its U.S. hires this year were women or minorities, slightly better than the 40 percent goal the company had set for itself.

Jackson also cited Hewlett-Packard for taking steps that address concerns about corporate boards in Silicon Valley, which tend to have few women and minority members. HP, which is splitting into two companies, announced that the board of each spinoff will include two black directors and four women.