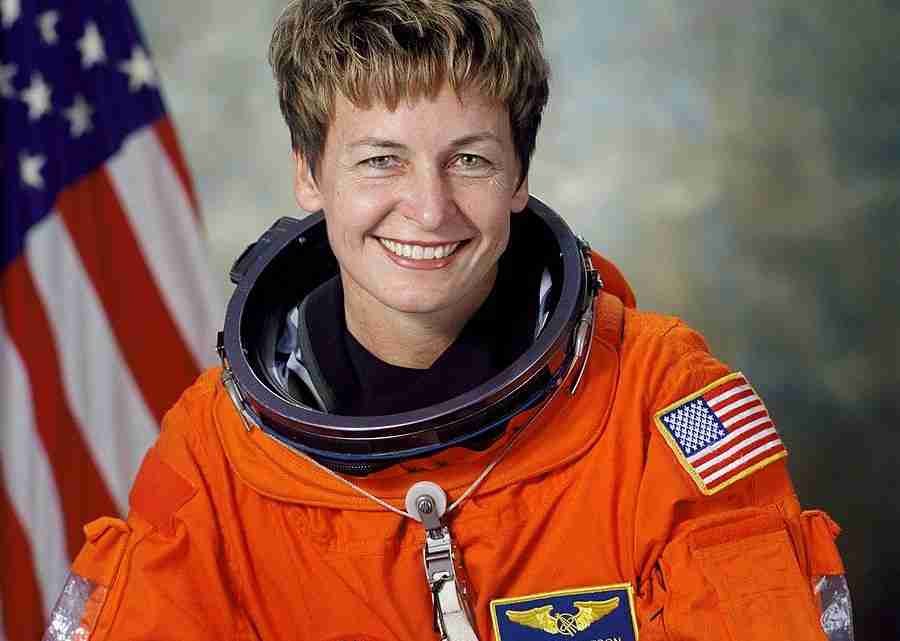 Whitson’s 665 days off the planet – 288 days on this mission alone – exceeds that of any other American and any other woman worldwide.

She checked out of the International Space Station just hours earlier, along with another American and a Russian. Their Soyuz capsule landed in Kazakhstan shortly after sunrise Sunday – Saturday night back in the U.S.

Whitson was the last one carried from the Soyuz. She immediately received a pair of sunglasses to put on, as she rested in a chair on the barren, wind-swept Kazak steppes. Medical personnel took her pulse, standard practice. She then received a bouquet of flowers with the greeting, “Welcome back, Peggy.”

Besides duration, Whitson set multiple other records while in orbit: world’s oldest spacewoman, at age 57, and most experienced female spacewalker, with 10. She also became the first woman to command the space station twice following her launch last November.

All three briefly held hands for a photo op, before being carried one by one in their chairs to the medical tent.

It was an emotional farewell to the space station for Whitson, Yurchikhin and Fischer. Before retreating into their Soyuz, they embraced the three colleagues they were leaving behind at the 250-mile-high complex. Yurchikhin patted the inside of the station before floating into his Soyuz for the final time.

The station’s newest commander, Randy Bresnik, noted the outpost was losing 1,474 days of spaceflight experience with the departure of Whitson, Yurchikhin and Fischer. Four years and two weeks, he pointed out.

“We are in your debt for the supreme dedication that you guys have to the human mission of exploration,” Bresnik told them on the eve of their departure. He offered up special praise for Whitson – “American space ninja” – and wished them all Godspeed.

Yurchikhin is now No. 7 on the world’s all-time endurance list, followed by Whitson at No. 8. The top spot belongs to Russian Gennady Padalka, with 879 days in space over five flights.

Whitson, a biochemist, set a breakneck pace on all three of her space station expeditions, continually asking for more – and still more – scientific research to do. Scientists on the ground said it often was hard to keep up with her. She even experimented on food up there, trying to add some pizazz to the standard freeze-dried meals. Tortillas transformed into apple pies on her watch.

Whitson was supposed to fly back in June after a half-year in space. But when an extra seat opened up on this Soyuz, she jumped at the chance to stay in orbit an extra three months. Only one other American – yearlong spaceman Scott Kelly – has spent longer in space on a single mission.

Except for the past week, Whitson said her mission hurried by. She’s hungry for pizza and can’t wait to use a regular flush toilet again. She’s also eager to reunite with her husband, Clarence Sams, a biochemist who also works at Johnson Space Center in Houston.

Because of the effects of Hurricane Harvey, NASA could not get its plane from Houston to Kazakhstan in time for the crew’s landing. Instead, the European Space Agency offered to transport Whitson and Fischer to Cologne, Germany, where they will meet up with the NASA plane for the final leg of their journey. They were due back in Houston on Sunday night.

Three men remain at the space station: Bresnik, a Russian and an Italian. They will be joined by two Americans and a Russian following liftoff from Kazakhstan on Sept. 12.

Next post Full-scholarship students worry they could face deportation