Is there a civil war in America? 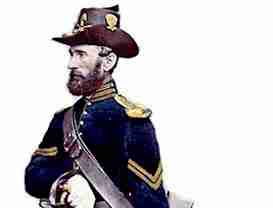 There are a large number of problems in America, and there are many troubled hearts, with the feeling of nowhere to turn to for relief. Black parents and grandparents in America always have an answer to monumental problems, and that is to pray.

It is obvious that in December 2020, mental health is becoming a major issue, when citizens are not able to pay their rent, mortgage, food bills, and other expenses. Adding to that, President Trump refuses to acknowledge the integrity of the 2020 election, and Democracy is being challenged.

On Dec. 14, 2020, the pledged electors formally approved President-elect Joe Biden as the 46th President of the United States. With Covid-19 vaccines starting this week, there appears to be light at the end of the tunnel, and there are smiles, and limited celebrations.

There are still major hurdles and a huge divide in what is right, and what is wrong. The rich are getting richer, and the Republicans have decided that nonsense and absurdity is important.

The Supreme Court has just thrown out of its court, a last-ditch lawsuit from Texas Attorney Gen. Ken Paxton, with 17 attorneys general, and 106 congressional Republicans. This was a fundamental assault on Democracy, and the supporters’ border on the line of being electoral terrorists. There is nothing wrong with being upset about losing an election, but when you decide to overthrow the system, you are breaking the law.

The system is working, but racism have raised its ugly head, and it is time to follow our Black parents and grandparents and pray.

When groups are coming to protests with loaded guns, and going to legislators’ homes to disrupt children and family members, things have gone too far. When protestors are sending disrespectful emails, and threatening violence, there are mental health issues. When the president’s lawyers have ﬁled over 55 lawsuits, with no evidence, it is time to end this nonsense, and foolishness.

Last weekend, thousands of supporters of President Trump came to DC on Saturday to demonstrate that there was widespread voter fraud. On Twitter there was footage of a group of Proud Boys ripping a Black Lives Matter sign off the front of a Black Washington DC church during the protest. The men can be seen punching and stomping on the sign, right outside the front of the church – The Metropolitan African Methodist Episcopal Church.

As these groups marched through the capital, they clashed with counter protesters, and the police said four people were stabbed. There is obviously a divide in the country, and it does not appear that things are getting better.

In gun shops around the country, the owners are saying that they cannot keep weapons in stock. In certain gun shops in Orlando, there are ammunition shortages, because gun owners are stockpiling ammunition.

There are many gun owners angry with the results of the elections, and the Boogaloo Boys, and the Proud Boys are advocating armed patrols in the streets. There is no hesitance to use the guns. It is time for a national dialogue on national militias, violence, and right and left wing terrorist groups.

Any national terrorist group in the country, which has stockpiles of tanks and military weapons must be dissolved, and not allowed to exist. These are perilous times, where mental health issues can turn into a rampage of violence and killing.