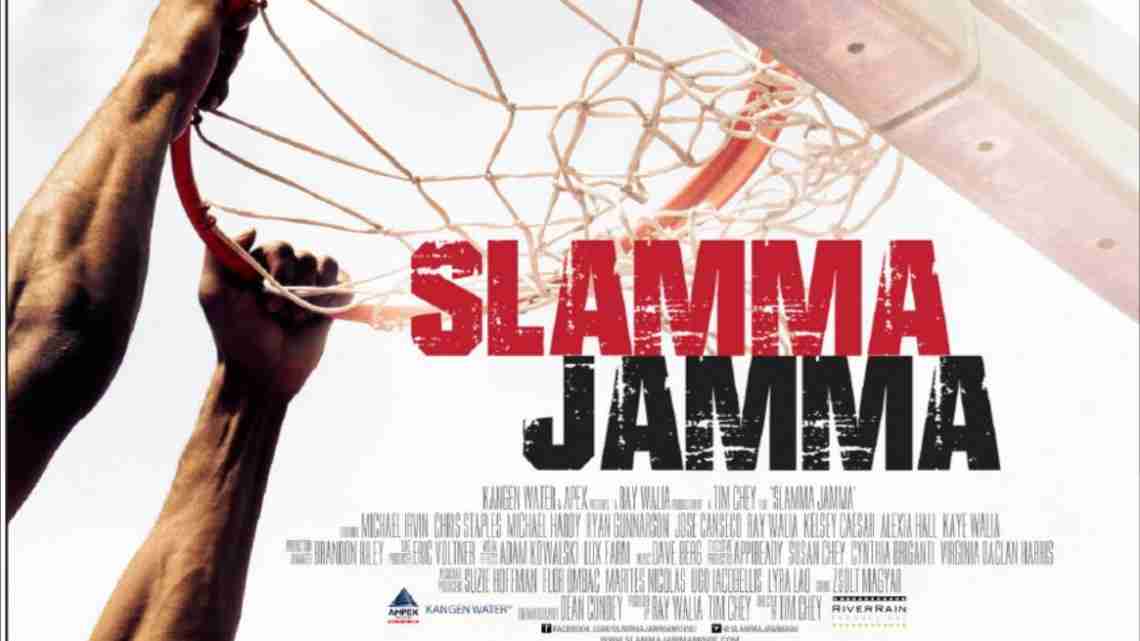 “SLAMMA JAMMA” tells a story of faith and perseverance.

LOS ANGELES – What is becoming the ‘must-see’ faith-based movie of the year, “SLAMMA JAMMA,” hits theaters nationwide this Friday, with a sneak-preview this Thursday at all Regal theaters.

“It’s all about redemption,” says NFL legend Michael Irvin who stars in the film as the sports agent, Terrell. “My whole life is in this movie so I didn’t have to do any method acting.”

Inspired by a true story, “SLAMMA JAMMA” tells the story of college basketball star Michael Diggs, played by Chris Staples, who is a five-time world slam dunk champion. Michael’s NBA dreams are crushed when he is convicted of a crime he didn’t commit. After finding Christ in prison, Michael must repair the broken relationships from his past and overcome all odds to regain his career.

“It’s a great movie about faith, slam-dunk championships, victory – it has it all,” Staples said. “We need more movies like this.”

“SLAMMA JAMMA” has one of the highest-rated pre-screenings across the country for a faith-based sports film.

“I have yet to see anyone not cry,” said Dale Carroll, the co-producer. “Grown men cry. Athletes cry. It’s very impactful.

You have to actually see it to understand what I’m talking about.”

Stephen A. Smith of ESPN said the film is comparable to ‘Rocky.’ “If you liked ‘Rocky … you will love ‘SLAMMA JAMMA,’” Smith said.

The film’s director, Tim Chey was asked if “SLAMMA JAMMA” would go down in history as a sports classic.

“I believe so,” Chey said. “It’s not me saying it, but so many people I’ve met across the U.S. say it’s the best basketball movie in 20 years. My goal is that the film also brings people closer to God.”