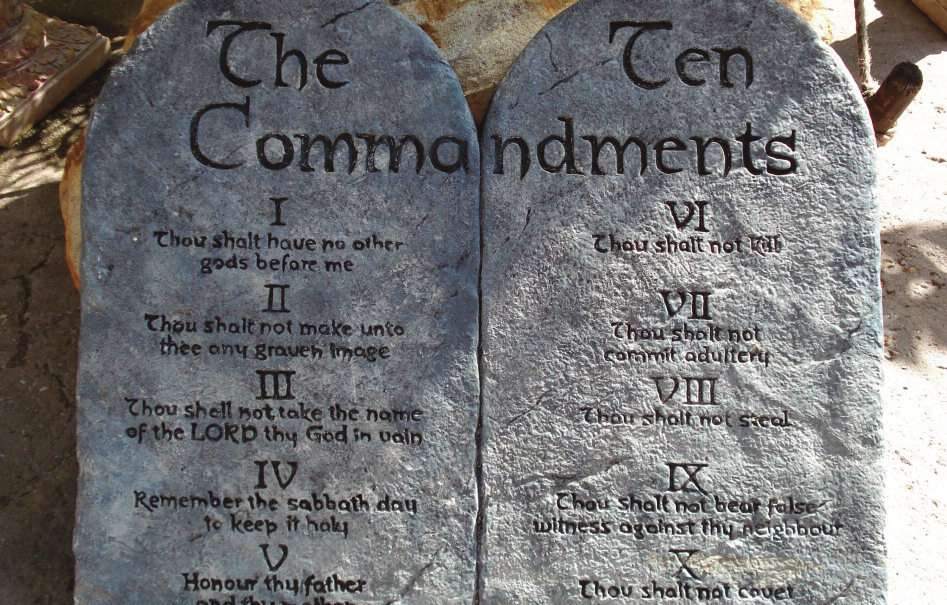 LITTLE ROCK, Ark. – A granite monument of the Ten Commandments planned near Arkansas’ Capitol will weigh 6,000 pounds and stand more than six feet tall, the group lined up to install the display said in an application filed Monday.

The American History and Heritage Foundation detailed its plans for the privately-funded monument in papers submitted to the secretary of state’s office.

The majority-Republican Legislature and GOP Gov. Asa Hutchinson approved a law last year that requires the state to allow the monument to be built on Capitol grounds.

Travis Story, the foundation’s general counsel, said the group raised more than $25,000 for the monument and its installation. The monument is in storage, Story said.In its application, the group suggests two sites for the monument on the Capitol’s south side.

“The monument commemorates the Ten Commandments, an important component of the foundation of the laws and legal system of the United States of America and the state of Arkansas,” the groups aid in its application.

The law requires Secretary of State Mark Martin to consult the Capitol Arts and Grounds Commission before approving the design and site for the monument. The law has prompted other groups to demand the state allow competing monuments, including a satanic statue.

Chris Powell,a spokesman for Martin’s office, said the 10-member commission hasn’t yet set a date to take up the monument application and will likely also discuss several other proposals.

Story and state Sen. Jason Rapert, who sponsored the law requiring the state to allow the monument,said its design was modeled after a Ten Commandments display at the Texas state Capitol.The U.S. Supreme Court upheld the Texas display in 2005 while striking down Ten Commandments displays in two Kentucky courthouses.The court said the key to whether a display is constitutional hinges on whether there is a religious purpose behind it.

Oklahoma voters in November are set to decide whether to abolish an article of the state constitution so that a Ten Commandments monument can be returned to the Capitol grounds.The state Supreme Court ordered the display removed last year.

“It’s important in the day of litigation that they use a monument which had already stood the test,” Rapert,a Republican, said.

Rita Sklar,executive director of the American Civil Liberties Union of Arkansas, said the state would be using government property to endorse a religion if it moves forward with the display.

“We think that it is unconstitutional,that the government is not supposed to endorse religion at all or any particular religion, which it is doing if it allows this monument to be built,” Sklar said.