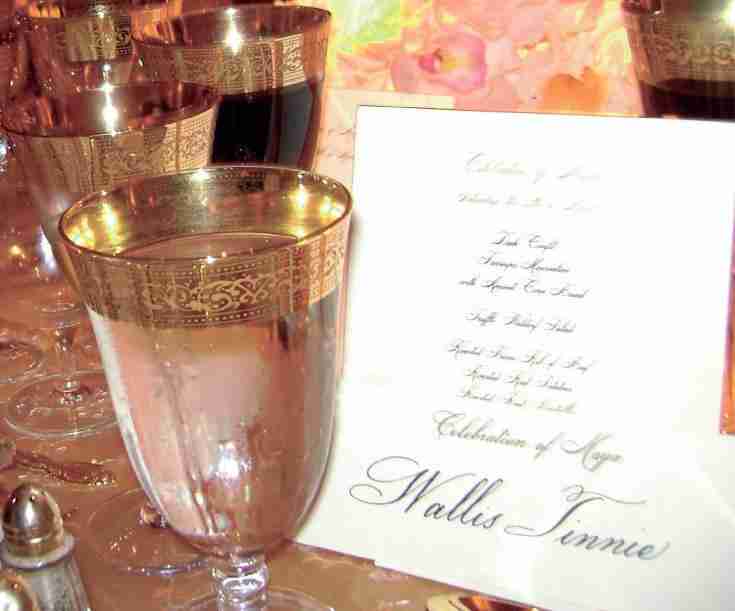 United worshippers – black and white, Jew and Gentile, gay and straight, male and female, Republican and Democrat – we waited in hushed anticipation for the somber toll of pageantry to honor the legacy of the matriarch of American popular royalty, Dr. Maya Angelou, who had slipped quietly away on May 28, 2014, in the comfort of her WinstonSalem home.

Early plans had called for three memorial services – one in WinstonSalem, one in San Francisco and one in New York.

The services centered around the theme, “A Celebration of Rising Joy,” appropriately rifﬁng on words from Angelou’s iconic poem, “And Still I Rise,” the emblematic words honoring the spirit of perseverance and courage, words famously chosen by the New York Times for its full-page feature during the 9/11 tragedy.

On this day, hundreds of guests held black, gold or purple tickets for the private event at the university where Angelou, who called herself “A Wake Forest Woman,” had held the endowed Distinguished Reynolds Chair for 34 years.

It was here, we would learn later in the day from Dr. Edwin Wilson, Wake Forest provost emeritus, that Angelou had declared, “I am not a writer who teaches; I am a teacher who writes.”

The First Lady shared the importance to her of Angelou’s poetic celebration of black women’s beauty.

To resounding applause, Obama put the Angelou legacy in perspective as she shared Angelou’s bequest to her own family. With thoughtful pacing, she described Angelou’s influence on President Obama’s mother:

“She (the president’s mother) would name her daughter, the president’s sister, Maya,” the First Lady smiled with pride, “and would raise her son to be the ﬁrst black president of the United States.”

Next, Clinton’s gentle humor anchored moments of both levity and sobriety as he reminded the audience that Angelou’s childhood home in Stamps, Ark., was only 25 miles from his own hometown of Hope.

And it was Angelou who stunned the world at Clinton’s inauguration with the powerful recitation of her poem, created for that occasion, “On the Pulse of Morning.”

The 42nd president spoke of Angelou’s wonderful sense of presence, authority and certainty, conceding that “God decided he wanted His voice back.”

And, as with her life, there would be no funereal gloom in that celebration. She had refused the garment of gloom in death just as she had refused it in life. No gloom.

Churn evoked the late Renaissance Woman’s life as a caretaker of family, a giving woman, a woman of great faith who was always looking “up” for answers.

The chapel, draped with huge elongated tapestries of portraits of Angelou, would grow more sacred and inspirational during the ceremony of moving, personal tributes.

The men of the Angelou-Johnson family captured the pulse of the moment.

Elliott Matthew Jones, Angelou’s grandson, speaking warmly of his grandmother, welcomed the audience with a full recitation of “And Still I Rise.”

Johnson remembered his mother as a star, a nova, who diligently used her own success and advantages to improve the human condition.

Grandson Colin Ashanti Johnson closed the program recognizing his grandmother as one who made everybody feel special. “If she made you feel half as special as she made me feel,” he intoned, “you have been truly blessed!”

It was Oprah Winfrey’s impassioned remembrance that would bring tearful eyes to the moment.

Winfrey, who organized the elegantly rousing reception following the services, shared the deep pain of the loss of her “anchor.”

Winfred said that her relationship with Angelou was akin to that of a daughter who shared her mother’s “wisdom, genius and boundless love.”

Reverently recalling Angelou’s famous words, “Try to be a rainbow in someone’s life,” Winfrey said that Angelou “was there as a rainbow for me.”

The elegant afternoon reception following the service at Wake Forest was held in an air-conditioned tent blooming white on the rolling lawns at the Graylyn Estate, a luxury property in Winston-Salem.

Inside the “big top,” centerpieces of white calla-lilies, orchids and other exotic arrangements under shimmering chandeliers complemented the ofﬁciating of gospel and R&B star BeBe Winans.

Among other luminaries offering musical tributes were Shirley Caesar, India Irie and Calypso artist Irving Burgie who sang a medley of tunes he created for Harry Belafonte, the honoree’s longtime friend.

It would be a day of joy, love and community, a day when – to slightly modify Angelou’s oft-repeated words – people might forget what was said and done but would never forget the special “feelings” of love and hope that linked them to the legacy of an extraordinary woman.

Next post Magic: $100 million in loans for business owners of color