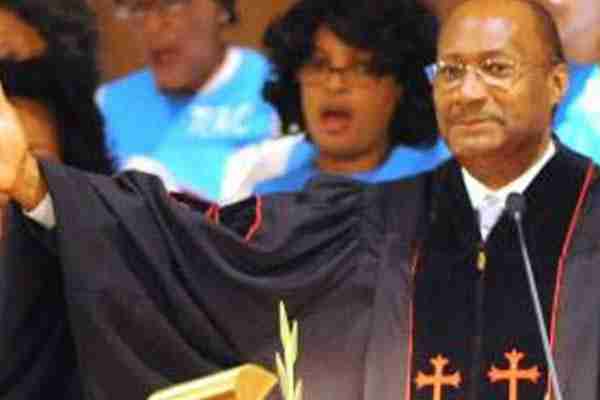 NEW ORLEANS (AP) — A Jackson, Mississippi, pastor has been elected the new president of the National Baptist Convention, USA, Inc., the largest group of black Christians in the United States.

Young, pastor of New Hope Baptist Church in Jackson since 1980, said he will seek to push the convention in new directions and expand its profile, with its leaders becoming regular voices in the public. “The community needs to be able to hear from the faith community,” Young said. “The church has got to be socially responsible. … The Bible says that Jesus went about doing good – preaching, teaching and doing good – to all the people, whether they were saints or sinners.”

The convention has emerged from its scandal of 15 years ago, when then-president Henry Lyons was found guilty of misappropriating $4 million in convention funds, including money donated by a Jewish group to rebuild black churches burned by arsonists in the South.

Lyons’ successors worked to build back the convention’s reputation, but the membership, currently estimated at 7 million, has been stable rather than rising, convention spokesman Morris Tipton said.

The next five years might define the convention’s ability to remain an active and relevant voice in American life, Tipton said. “The next president will go, I think, a long way in determining how galvanized the churches have become, as we seek to leverage the power and influence that the convention has,” he said. “We must have a greater voice in the nation and in international politics.”

Young, in his first address as president, told the convention’s audience gathered at the Ernest N. Morial Convention Center in New Orleans that the convention’s existing administration might need vast reform.

He said the convention should not first be focused on getting new members but rather needs to purge itself of those who have sought to join for reasons other than their faith in God.

“I do not want anybody on the bus who just wants to get on the bus for what they can get out of riding on the bus,” Young said. “I’m trying to pull together the folk who

we believe ought to be on the bus.”

Young told NOLA.com/The New Orleans Times-Picayune that he envisions the convention expanding its role and, in turn, how it is organized. For 134 years, the convention has stood as an affiliation of Baptist churches that do not work together full time but rather meet only several times per year.

“It needs infrastructure. It doesn’t have the capacity to respond to various issues. … Got to become systematic, full time. … We’ve got to build capacity.” That capacity would transform the convention into its own religious denomination, Young explained.

“A lot of good things have happened because of our tradition,” he said. “But the problem is, over our nearly 140-year period, no one has actually challenged us to act like a denomination.”

Supporters say Young has shown a strong track record as a stable leader sticking closely to the Gospel.

“Young is more conservative. He stays with the Bible. There’s no one particular group he’s catering to; he is preaching the word of Jesus Christ,” said Elvis Colenberg, of Mississippi, a delegate who voted for Young.