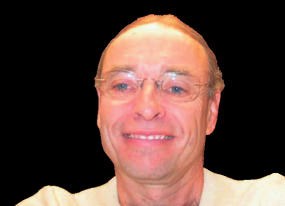 Like my own father, a WWII US Navy veteran of the Pacific theater (Philippines), many vets admired, related to, and voted for JFK.

Now we see the opposite: Profiles in Pusillanimity, corrupt quivering cowardice. The shameful vote of 43 Republican senators to acquit Trump of something he did for all to plainly see should set 15 targets right now for electoral defeat in 2022 for those likely to run.

Chuck Grassley of Iowa is doddering with utterly corroded morals and a fake farmer affect. Iowans need to grow a collective conscience and find someone more reminiscent of Tom Harkin.

It is an ongoing failure of values for Wisconsin voters to choose Ron Johnson, a virtual QAnon loony and man whose pronouncements are unadorned by facts. Bring back Russ Feingold.

Roy Blunt of Missouri also voted to acquit Trump and he’s facing a steep challenge in 2022, having only prevailed in 2016 by 2.8 percent. Please Missouri, Show Me some decency and give Blunt the boot.

Maybe little Marco Rubio will see his career as a senator end in 2022 if the voters in Florida end suppression and make good choices.

Idaho! Mike Crapo? Seriously? The Idaho Statesman notes his failures in this sorry episode. Fix this in 2022.

Thank Goddess that Rob Portman from Ohio is retiring and here’s hoping Ohio can elect a senator with ethics.

If Alabama can stop suppressing the Black vote, a phenomenon they continue from a long history, they can replace the MAGAt Richard Shelby in two years.

When will Oklahoma oust Republican Trump loyalist James Lankford? He is a master of combining the political wet finger test with his own version of “grovel before power.” 2022?

In just two years, South Dakota could show the door to John Thune, someone Trump ridiculed repeatedly, threatened to back a primary opponent in 2022, and yet someone who ignored overwhelming observable preserved evidence of Trump’s guilt. Trump played the tune and Thune danced the jig.

Come on, Arkansas. In 2022 you can do so much better than John “Love Me Some Trump” Boozman.

Todd Young should be resoundingly defeated in Indiana in 2022.

South Carolina, it is hoped, can find a far better senator than Uncle Tim Scott, who betrayed all South Carolinians with his “ignore the facts” Trump support and vote against convicting Trump of inciting the insurrection that, in fact, he obviously incited.

North Dakota, the nation needs you all to stop trying to join the Confederacy. Topple John Hoeven in 2022, in part because of his vote to acquit Trump, but also for his consistent Trump voting.

Kansans, you deserve so much more, so much better than MAGAt operative Jerry Moran. He is up for replacement in less than two years. And please, Kentucky, can you get out the Black vote and the Thinking Vote and send Rand Paul back to his scam medical career?

Trump was patently guilty and these senators baldly failed in their basic duties. Getting honest uncorrupted replacements is a two-year priority if we hope to get some of the moral compass corrected in our national politics.

Dr. Tom H. Hastings is Coordinator of Conflict Resolution BA/BS degree programs and certificates at Portland State University, PeaceVoice Director, and on occasion an expert witness for the defense of civil resisters in court.

Next post American democracy survived the Trump-led insurrection, but the threat remains